Thanks to quick response by Precinct 4 deputies, the suspect was arrested and the packages were recovered. 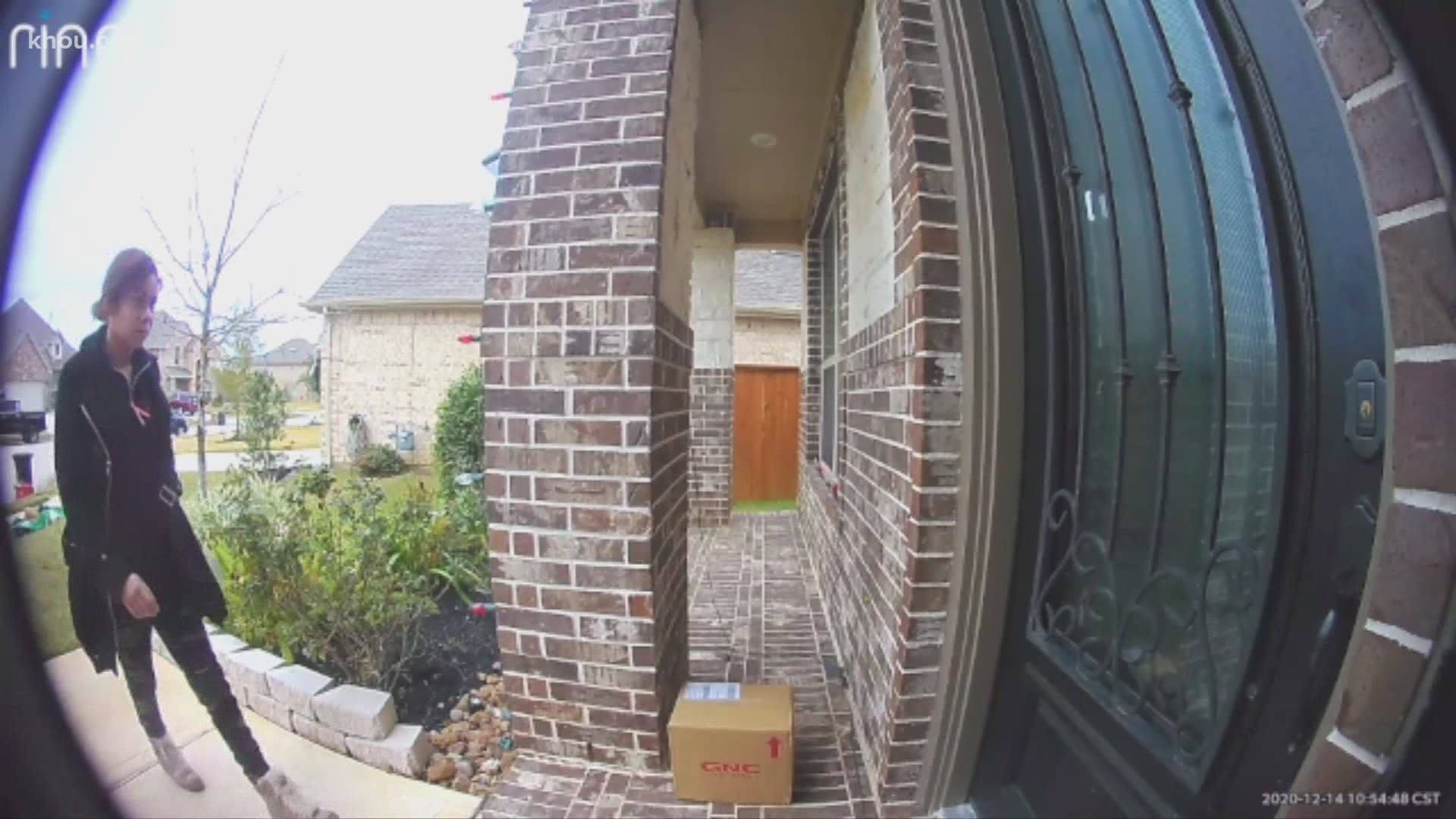 CYPRESS, Texas — Package thefts are at an all-time high in 2020 because most people are shopping online.

More than 2 million packages are swiped from porches across America every day, according to SafeWise.

One porch pirate was caught in the act Monday in the Cypress area, according to Precinct 4 Constable Mark Herman’s office.

They say a witness spotted Diana Garcia following a FedEx truck on Drexel Ridge Lane and scooping up the packages as soon as they were delivered.

Thanks to quick response by Precinct 4 deputies, Garcia was arrested about three miles away in the 15000 block of Caraway Court. The packages were found in her car and returned to their owners.

“Here we call it 'sac-ville,'" said Ret. US Army Sgt. Rob Trigg, referencing the tightly-knight group of families who live in the Drexel Ridge Lane cul-de-sac. “And we have such great neighbors, we will take care of each other.”

“FedEx dropped off the package, and you know, my Ring doorbells are going off like crazy, 10 seconds after he left, it goes off again, and I am like, ‘What the heck’s going on?” Trigg said. “So I turn on the app, and I see this lady just coming onto my front driveway. I mean, not a care in the world, goes straight to my front door, grabs the package, and runs back to her car.”

Trigg says it took him, his neighbor and a Pct. 4 Constable’s Office deputy 20 minutes from the time she stole the package, to the time she was arrested.

Investigators say Garcia, 23, also had crystal meth in her car.

She was booked into the Harris County Jail on charges of Mail Theft and Possession of a Controlled Substance.

Follow us at https://t.co/E8STYHMtoE to receive live feeds on crime and arrests in your area. pic.twitter.com/Gk3tEe79qJ

The man says he is not angry at Garcia and would only like to see one thing happen.

“You know, I hope that she gets some help,” Trigg said. “I really do.”