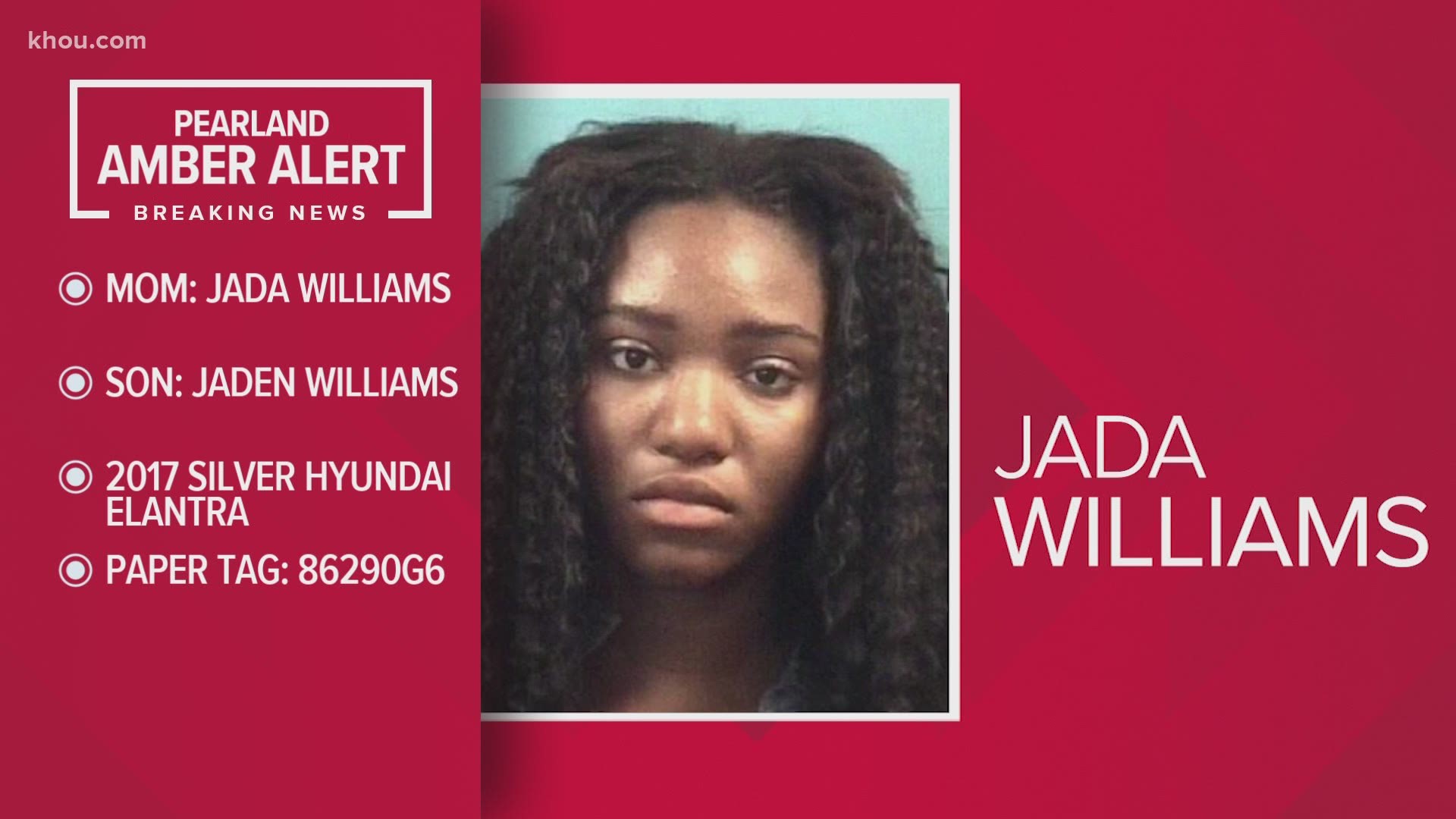 HARRIS COUNTY, Texas — UDPATE: Jada Williams and her child were safely located at 8:45 a.m. The AMBER Alert has been discontinued. Pearland police said the child was released to family members and the mother was taken into custody for Class A misdemeanor terroristic threat. This case is still under investigation.

An AMBER Alert was issued Monday night for a 1-year-old boy who authorities said was taken by his suicidal mother.

The Texas Center for the Missing issued the alert after they said 1-year-old Jaivan Simpson was taken by his mother, 22-year-old Jada Williams.

Authorities said the boy was taken at about 7 p.m. from somewhere in Pearland. Their last known location was in the Shadow Creek area.

They said Jada Williams took the child while making threatening statements about harming herself and the child.

Authorities said she's driving a 2017 silver Hyundai Elantra with paper tags that expire on Nov. 14. The tag number is NVP8659.

Jada Williams is described as being about 5 feet, 5 inches tall and weighing about 118 pounds. She has brown hair and brown eyes and was last seen with her hair worn straight and pulled back. She wears glasses and has tattoos on both arms.

Anyone with information is asked to call the Pearland Police Department at 281-997-4100.

Editor's note: The Texas Center for the Missing initially identified the boy as Jaden Williams, but later corrected that information. Also, TCM initially provided the wrong paper plate numbers, but this article has updated both bits of information.