Suspect gets away after lengthy pursuit from Jersey Village into Houston

He's accused of dragging a police officer as the chase got underway. 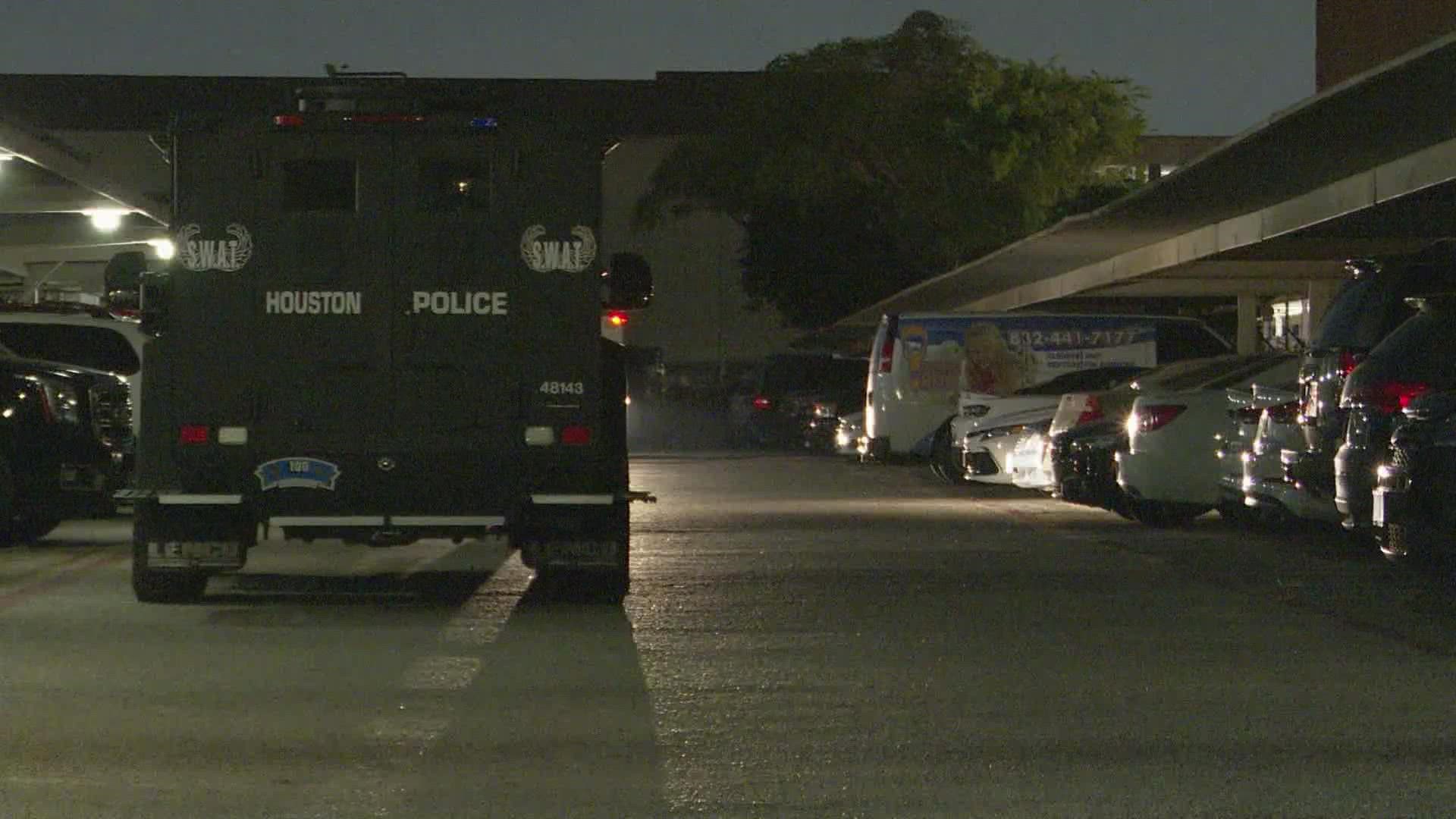 HOUSTON — Houston police are helping Jersey Village police in the search for a suspect accused of dragging an officer during a pursuit.

It happened late Tuesday as Jersey Village officers responded to a business about a man violating a protective order. When police arrived, they made contact with the man, but he allegedly fled in a vehicle and dragged an officer in the process.

Lt. Basselman with the Houston Police Department said the man was able to evade police, but his vehicle was later found at an apartment complex on Sage in the Galleria area.

A SWAT team was called in as a precaution, but the man was not located.

Police say the man may be a danger to himself, according to family. They also say he has three warrants for his arrest.

If you have any information on Brooks’ whereabouts you are asked to contact the Jersey Village Police Department at 713-466-5824 or Crime Stoppers at 713-222-TIPS.