The off-duty Harris County deputy, who at one time appeared on a courtroom reality show, was taken into custody on a capital murder charge. 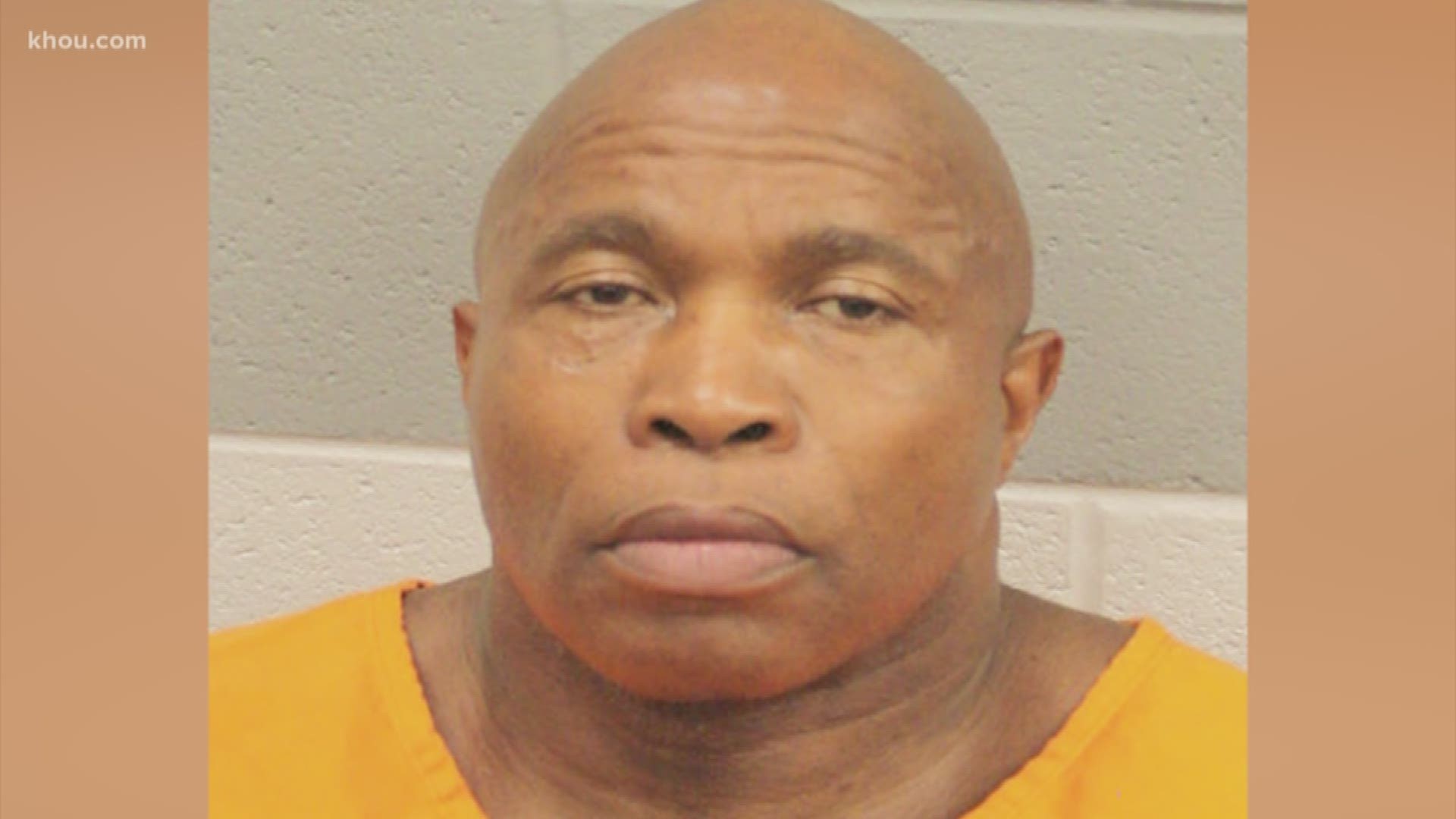 HOUSTON — An off-duty Harris County Sheriff's deputy who once appeared as a bailiff on a television court show has been charged in his wife's murder, court records show.

Renard Spivey, 63, was booked into the Harris County Jail on a murder charge Monday night.

It was 3:10 a.m. Sunday when he called 911 to report "shots fired" at their home on Briscoe in southeast Houston, according to the Houston Police Department.

At the time police said Patricia and her husband were involved in a "domestic disturbance" prior to the shooting. Police said the suspect called 911 and reported the incident as an accidental shooting.

Charging documents filed in court Monday state Renard told police he and his wife were arguing about his alleged steroid use and infidelity when they struggled over a gun in the master bedroom closet.

That's when the gun was fired, shooting Patricia twice. The suspect claimed his wife accidentally shot him as well, which is how he ended up with a wound to the leg.

"We was arguing and tussling with the gun," Renard allegedly told police in an interview that was captured on an officer's body camera. "We had been arguing all day."

Prosecutors said three bullet casings were found in the closet, and the evidence was inconsistent with the suspect's claim that the shooting was accidental.

The medical examiner said the victim was shot twice. One bullet went through her right arm, immobilizing it. The other went into her chest and struck her heart, fatally wounding her. The examiner also noted the victim had bruising around her wrists.

Houston police said Patricia's elderly father was also in the home at the time of the shooting, but the man told investigators that he didn't see or hear anything.

He told them Renard called him multiple times the same evening prior to the shooting, complaining about the fighting and accusations. Renard allegedly told Washington that at some point Patricia would make him "rise up like the Incredible Hulk and it ain't gonna be good."

Washington told police that he advised Renard to just leave the home if things were really that bad between the two of them. Hours after their last phone call together, the argument turned deadly.

"Her daughter said something to me, just recently too – if you believe in God, then you know that He’s in control and things happen according to Him – so, I can say I could’ve prevented it, but God’s plan is God’s plan” said Washington.

Neighbors told KHOU 11 News the suspect is the same Renard Spivey who appeared on a TV courtroom reality show called "Justice for All with Judge Cristina Perez." A man named Renard Spivey appeared as a bailiff on the program from 2012 to 2016, according to his IMDB profile.

The same IMDB profile lists Renard as being a deputy with the Harris County Sheriff's Office. Court documents show he's been a deputy for 14 years.

Renard has been ordered to undergo a mental health evaluation. Prosecutors also filed a motion for his bond condition as well. Spivey is not to have contact with his wife’s family, cannot have access to weapons, must submit to random urine analysis, not allowed to consume alcohol or take drugs and must wear a GPS monitor.

Washington says Patricia and Renard were married in 2015 after years of dating.

He said they had issues but he never imagined would get to this point.

“Right now, we’re on the road to justice – so, we got to take the path and get to our destination, which is, you know, complete justice” he said.

Renard was hired as a detention officer in 1996 and became a deputy in 1998, according to HCSO. In recent years he has mostly been serving in court operations.

"The Harris County Sheriff's Office family extends our sincere condolences to the family of Patricia Spivey as they mourn the loss of their loved one," said Sheriff Ed Gonzalez. "While the facts of this specific case will be determined by a jury, I encourage all victims of domestic violence to seek assistance from law enforcement and others whom they trust. I also ask anyone who suspects a friend or loved one may be the victim of abuse to persist in helping them escape a potentially deadly situation."

His employment with the sheriff's office is currently being reviewed.