Seven years ago, Stacy Cash would have never dreamed she would be working alongside the same Vidor Police Officers who arrested her dozens of times for drug use. 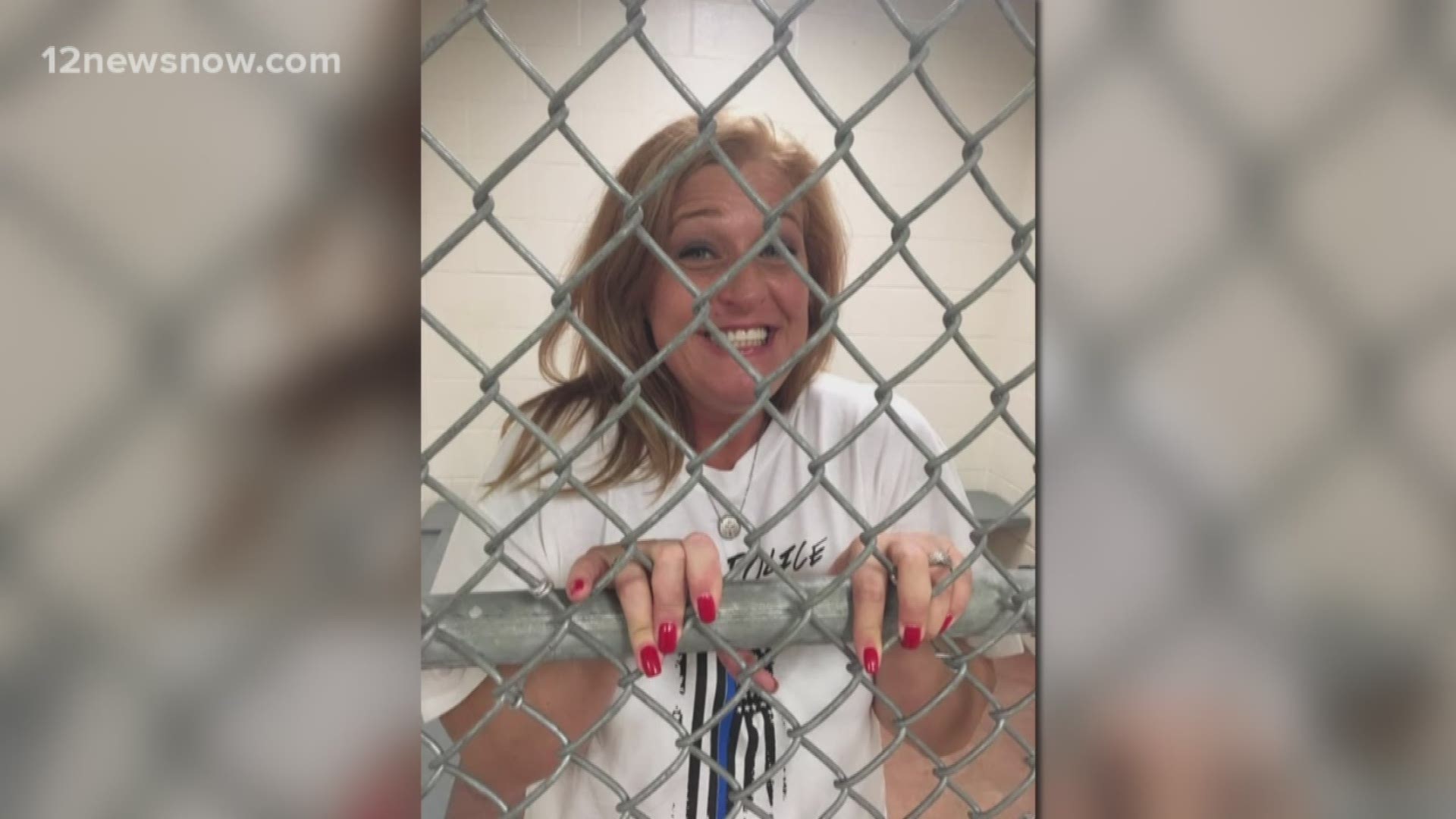 Seven years ago, Cash would have never dreamed she would be working alongside the same Vidor Police Officers who arrested her dozens of times for drug use.

The same officers she works with today, are the ones who sent her to federal prison. Cash said she continued in her ways after her release from prison, until getting a state jail felony charge in Vidor.

"Things started to change, my sister was killed in a car accident in June of 2012 and that was a real pivotal moment for me, because after that I was on a downward spiral and just trying to kill myself," Cash said.

The night before Cash went to court for the felony, she hit a breaking point.

The next day she went to jail. Cash said Judge Courtney Arkeen sent her to a treatment facility, and that's where things started to really change for her.

Cash got sober, and started working for the Recovery Council of Southeast Texas. Last year, she took some time off work to attend college.

"I was getting a little bit restless, and I needed something to do so I called up Chief Carroll and asked him for any volunteer work that he might have," Cash said.

Cash started going in, and they would give her work to do. She started out helping with Blue Santa. Cash said the department took her in. In January, Chief Carroll went before city council, and they approved for her to be hired part time. She's now his administrative assistant.

Chief Carroll said he never encountered Cash during her days of addiction. He met her while she was working at the Recovery Council, and he was Assistant Chief Deputy at the Jefferson County Jail.

Carroll would help people looking for treatment once they left the facility by putting them in touch with Cash. Carroll is amazed by her success.

When Cash came to him for volunteer work, he knew right away they could find some things for her to do. He saw an opportunity for her to become a part-time co-worker, and their relationship has continued from there.

"We all need to be, in society, a rock catcher, not a rock thrower, you know, he without sin cast the first stone," Carroll said.

He said Cash has been able to help so many facing similar situations she once found herself in.

"The nice thing is, I have somebody here that knows firsthand, that has the answers, and also the thing is, with her being a recovered addict, you can't con a con," Carroll said.

He said since she's been through it first hand, she makes a significant impact in others working toward recovery.

He went on to say that there are lots of jobs unavailable to them once they are on the other side.

"One of the things we've done here is we've proven firsthand that, not only can someone that's been convicted of crime come out and be redeemed within our society, but they can come and work at the police department and be a valued asset here," he said.

For Cash, the job allows her to give back to the community. Cash grew up in Vidor.

"This is where I used, this is where I drank, and you know, there's a lot of people here who need help, and they need to know if I can do this and stay sober, and stay in the same town then they can do it too," Cash said.

Cash said oftentimes people argue whether or not addiction is a disease. To her, she said, it is a disease of your body, mind and spirit. Cash said it's one that affects entire families.

Prior to getting treatment, she had never been or even heard about it. Cash said others, like her, may not know what kind of help is out there. Some, she said, may be too afraid to ask. Some just aren't ready.

Cash wants people to know that there is hope out there. She said her faith played a huge role in her recovery.

Cash will celebrate seven years of sobriety on September 13. She's currently going to school for criminal justice at Lamar Institute of Technology. She hopes to renew her certificate as a recovery coach, and help people in the community at the police department.

"This is where it all starts for people, and instead of someone going to jail over and over and over, maybe we can change someone's life here, to let them know, 'hey, you know, this is where it can stop for you, and you don't have to go any further to where you go to prison, or you end up dead on the streets,'" Cash said.