Houston police described the suspect as a Hispanic man that it between 17 and 25 years old. He is about 5 feet 8 inches tall and weighs about 160 pounds. 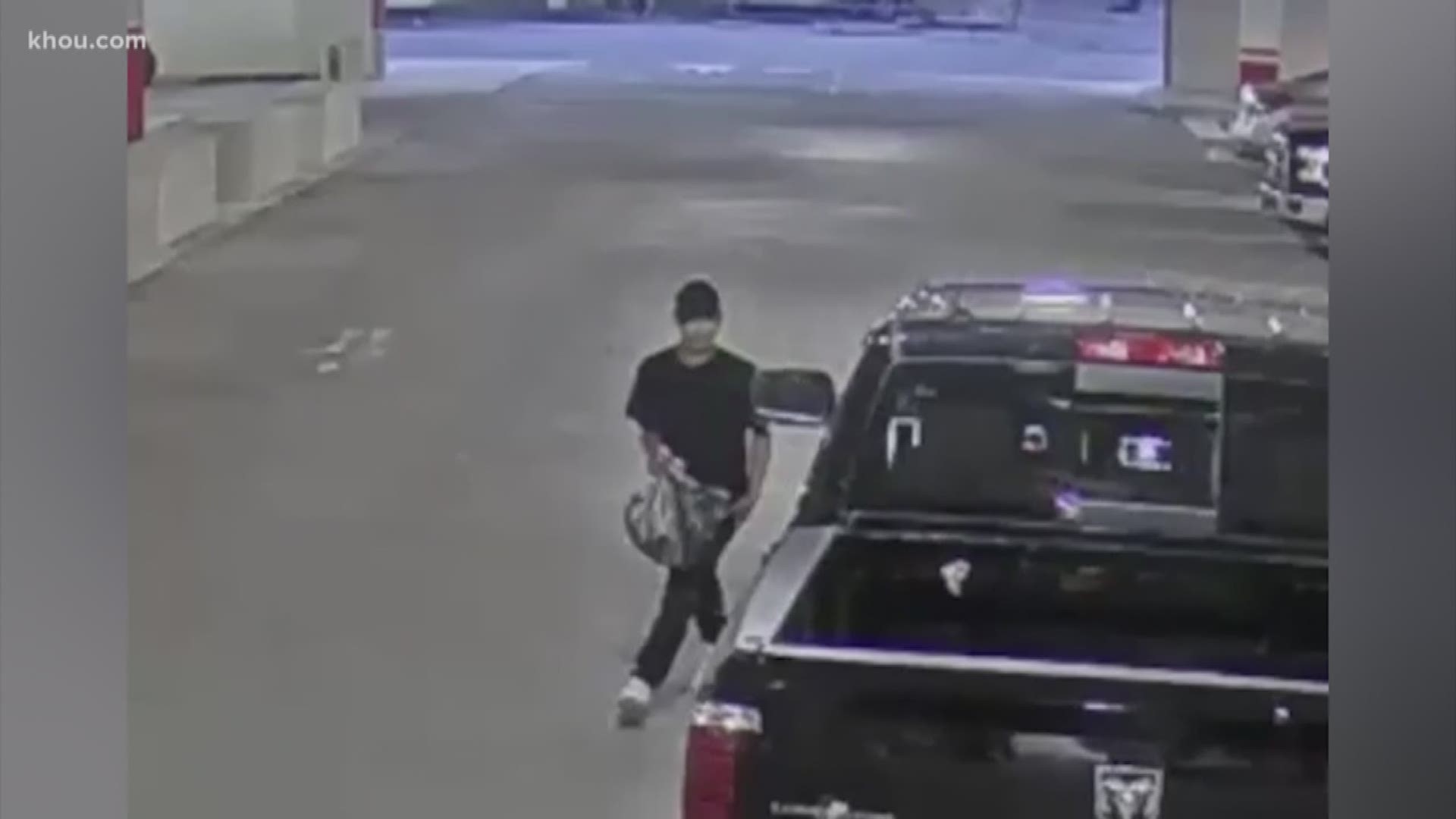 HOUSTON — Police need the public’s help with identifying a man caught on camera stealing a woman’s purse at a H-E-B parking garage in north Houston.

Police said as the woman was getting out of her car when a newer model black Ram truck parked behind her, blocking her in.

The unidentified man got out of the truck and quickly approached the woman’s vehicle, while holding a knife, according to police.

In the video, you can see the woman tried to close her door, but the man forced it open and pulled her purse from her arm. Investigators said at one point, the man made a motion as if he was going to try to stab the woman.

After stealing her purse, the man got back in the truck and drove away.

He is described as a Hispanic man that it between 17 and 25 years old. Police said is he about 5 feet 8 inches tall and weighs about 160 pounds. He has black hair and was wearing a black shirt with black pants.

If you recognize this suspect, please call Crime Stopper at 713-222-8477. Crime Stoppers may pay up to $5,000 for information leading to the arrest and/or charge of the suspect in this case. 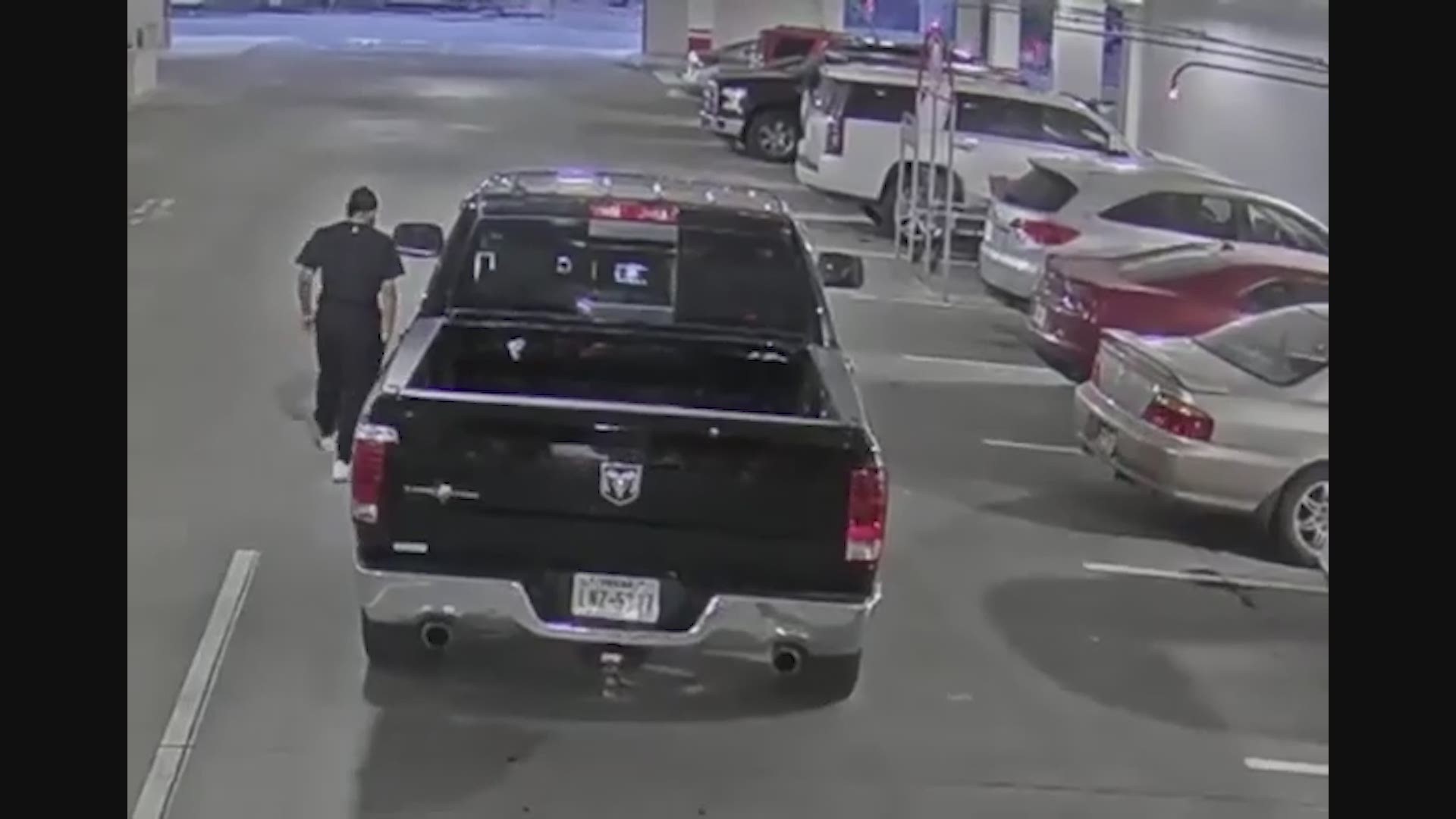