Arrest made in shooting outside North Forest High School

Senior Joshua Geegan had just finished graduation rehearsal when he was shot in the hand on Wednesday. 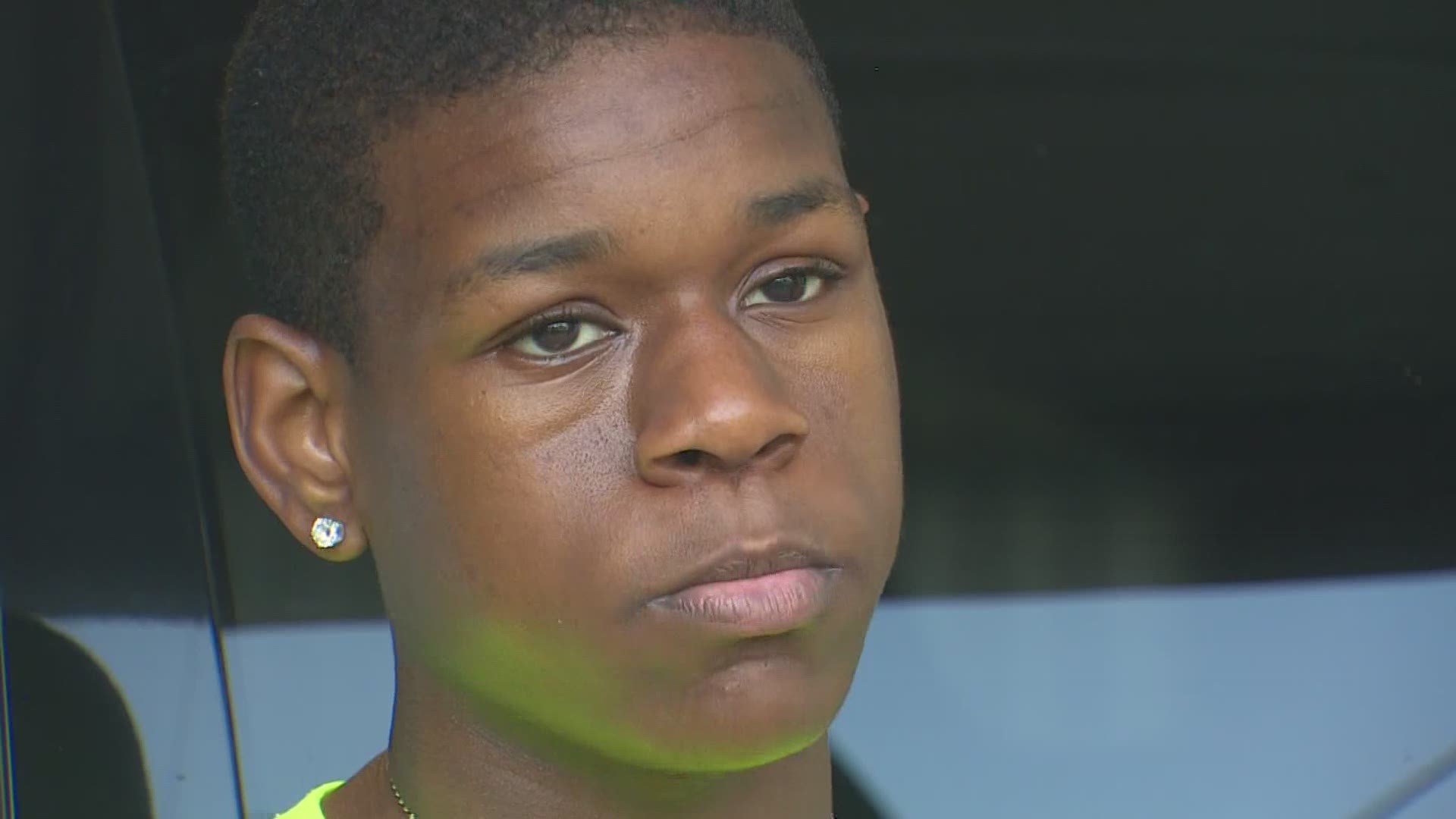 HOUSTON — One person has been arrested in the shooting that happened Wednesday at North Forest High School, the Houston Independent School District confirmed.

No details were given about the arrest, but the school district did say this is still an ongoing investigation.

North Forest High School senior Joshua Geegan had just finished graduation rehearsal when he was struck by a bullet as he was leaving the school.

Geegan was in his car when he was struck. Police said they believe he was an innocent bystander.

“It just said, ‘boo!’ Like if you had a gun with a suppressor or a small gun but loud enough to hear that a bullet struck the window,” Geegan said.

Geegan was treated at an area hospital and released.

According to witnesses, the shooting appeared to involve two vehicles that were in the southwest corner parking lot at the school, HISD Police Chief Pedro Lopez Jr. said.

Houston police believe two people may have been involved in the shooting, but so far, only one arrest has been made.

HISD is asking anyone with any information about this incident, please contact the HISD Police Department immediately at 713-892-7777, or call 911.