Views from Air 11 showed several emergency vehicles at the scene, but police stressed it was not an active shooter situation. 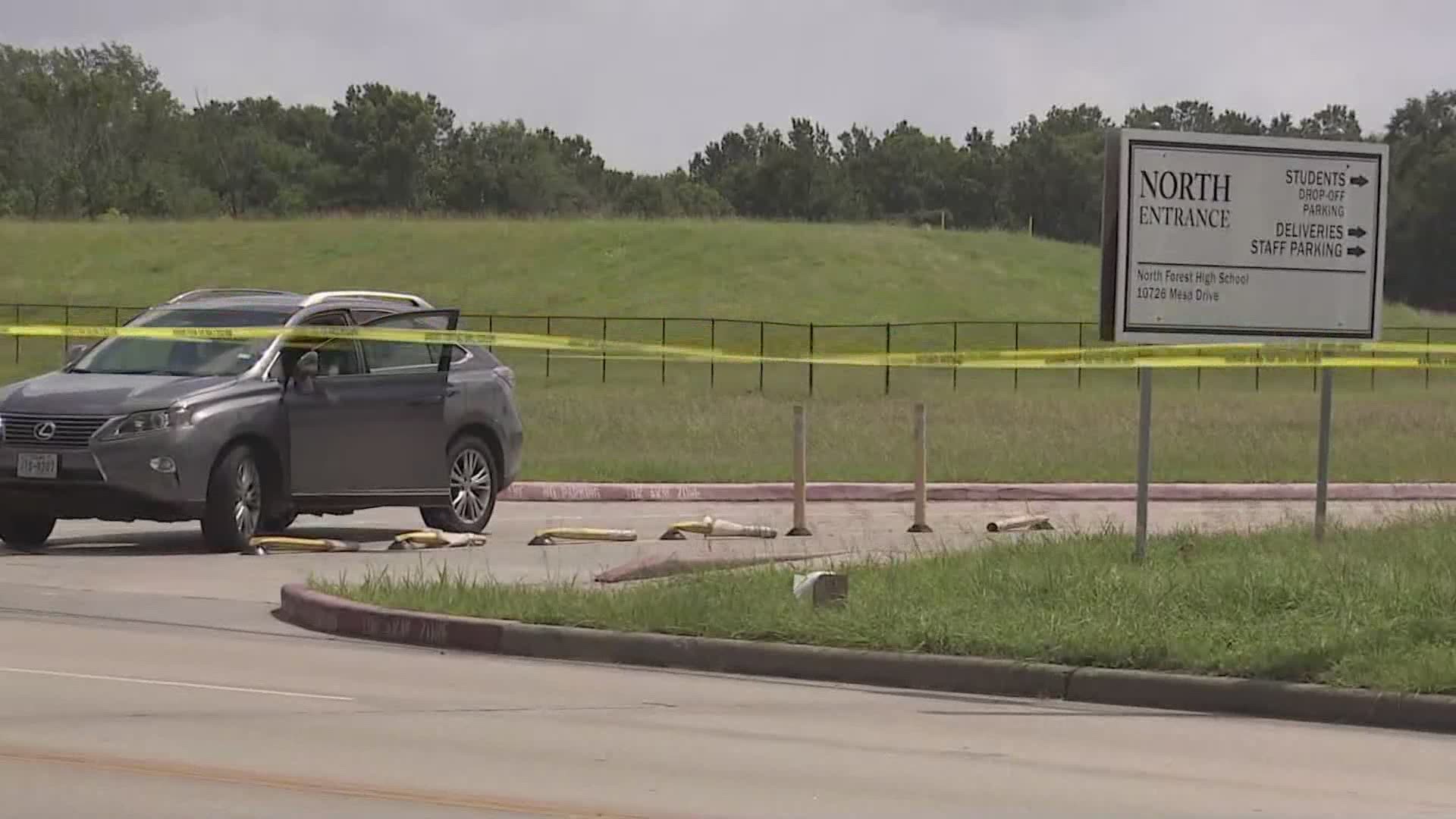 The investigation is underway and no charges or arrests have been announced. One person has been detained.

The shooting happened just before 10:30 a.m., according to the Houston Police Department. Police said the incident was not an active shooter situation.

HISD Police Chief Pedro Lopez Jr. stated, according to witnesses, the shooting appeared to involve two vehicles that were in the southwest corner parking lot at the school.

A stray bullet grazed a student's hand, Lopez said. The student was treated at the scene and released.

Lopez said the shooting was reported just minutes after a graduation practice for the students had wrapped up. Students were released, and minutes later a campus officer was called to the front of the school's property. They found the wounded student and immediately called for more officers, including support from the Houston Police Department.

Views from Air 11 showed several police cars and an ambulance near the main driveway at the school:

Police were told shots were fired in the parking lot and a gray Ford truck and a maroon Chrysler sped away. Gunfire continued in the roadway, police said.

Police later found a similar truck with bullet holes in a neighborhood not far away. One person in the truck was detained, but police did not call them a suspect. They said the person was 18 years old but did not say if they were a student.

They said it's not yet clear who was firing the shots — and if it was someone in the pickup or the Chrysler. Police found several bullet casings in the parking lot.

Lopez declined to give an age for the student who was hurt. He made it clear that the student was not involved in the shooting itself and was an innocent bystander.

"The HISD Police Department is investigating a shooting that took place this morning in the parking lot of North Forest High School. One individual was treated at the scene and released by paramedics. In addition, HISD Police will have an increased presence at North Forest HS and are working diligently to ensure that all involved are held accountable. HISD remains committed to vigilantly protecting students and staff at our schools. If you have any information about this incident, please contact the HISD Police Department immediately at 713-892-7777, or call 911."

The school is located on Mesa Drive on the city's northeast side. June 11th marks the last day of school for students in HISD. The last day for teachers is June 14th.

Initial reports are a student was struck in the hand and the suspect fled the scene.

THIS IS NOT AN ACTIVE SHOOTER SITUATION

PIO en route. No other information at this time.#hounews pic.twitter.com/Odevqy2GO9