Philippa Ashford's boss at Menninger Clinic called her a “leader and mentor” to the nursing and clinical team there. 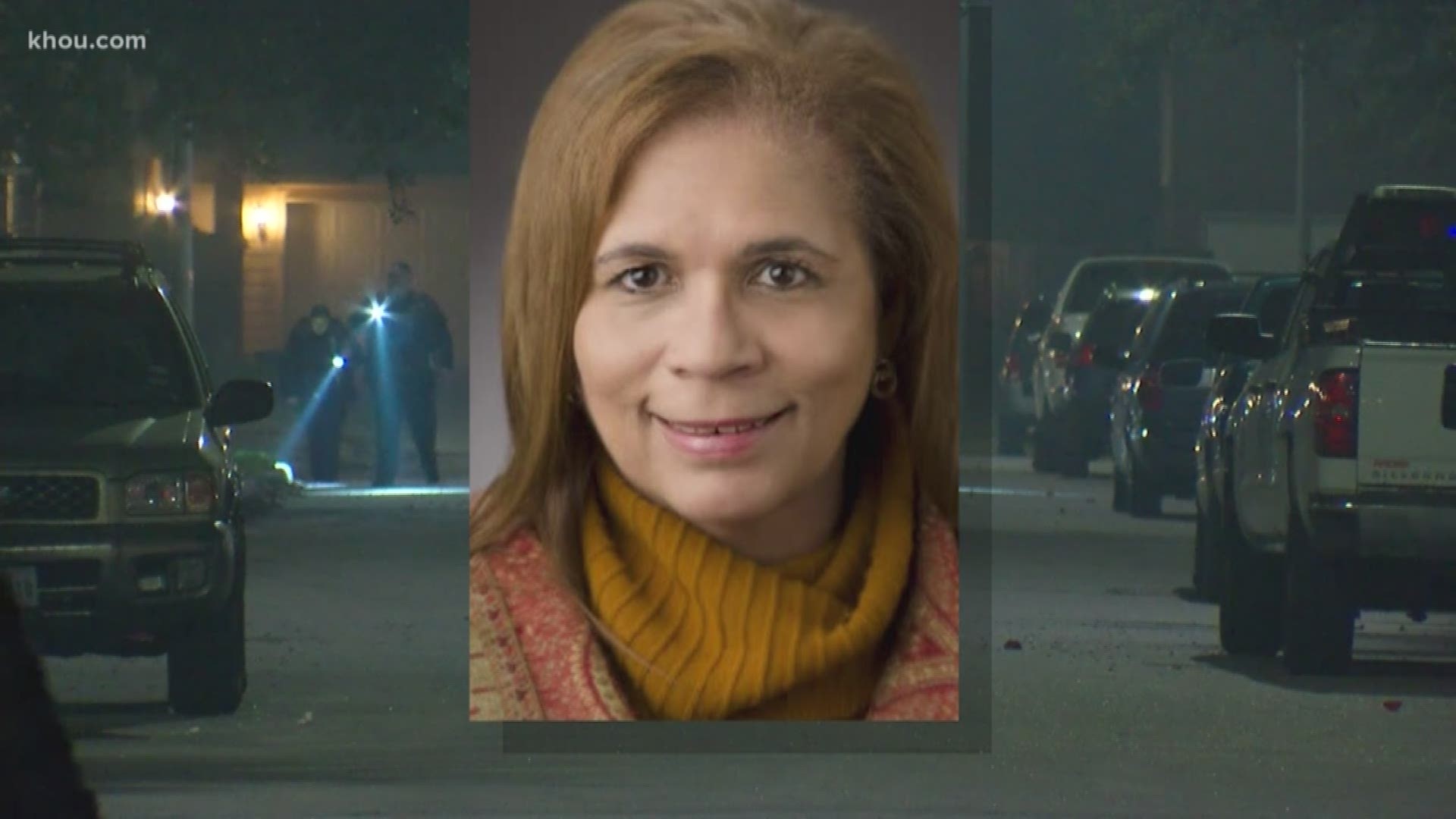 HARRIS COUNTY, Texas — A 61-year-old woman died after deputies say she was struck by a bullet from celebratory gunfire during a New Year’s celebration overnight.

This happened just after midnight Wednesday in a cul-de-sac in the 12300 block of May Laurel Drive in northwest Harris County.

Harris County Sheriff’s deputies say Philippa Ashford, 61, was with her family lighting fireworks as they were celebrating the New Year.

Suddenly, Ashford yelled out she’d been shot. She died at the scene from a bullet wound to the upper body.

Deputies were out in the neighborhood near May Laurel Drive for hours canvassing the area looking for shell casings, but they didn't find any.

Investigators believe the shooter was far away.

"I don't know if you can figure out what the odds are, but you got the family together, they're out here celebrating the New Year, and basically the matriarch of the family is now deceased," HSCO Sgt. Ben Beall said.

Colombo called Ashford a “leader and mentor” to the nursing and clinical team and a “talented professional and friend."

"Our hearts go out to her family and friends at this very sad time and we offer our support and deepest sympathy," Colombo said.

Ashford, known as "Phil" by her peers, was board-certified in psychiatric nursing.

According to the Menninger Clinic, she had special expertise in motivational interviewing, mentalization-based therapy, acceptance and commitment therapy and community integration.

A co-worker at Menninger said the tragedy is just beginning to sink in with Ashford’s fellow nursing staff.

Menninger will hold a memorial service to honor Philippa,

Ashford was also an adjunct professor at the University of Texas Health Science Center at Houston and a member of the Sigma Theta Tau Nursing Honor Society and the Zeta Phi Beta Sorority.

Credit: Menninger Clinic
Harris County Sheriff’s deputies say Philippa Ashford, 61, was with her family lighting fireworks as they were celebrating the New Year when she was hit by a stray bullet. She died at the scene.

John Babineaux is a retired police sergeant who says he hears gunfire in the neighborhood every New Year's Eve.

“You can be five or six blocks away and shoot something in the air, but it’s gotta come down," Babineaux said. "It happens all the time and basically, you know, somebody always gets hurt and gets killed. It’s unfortunate. People need to stop that.”

He said surveillance will be key for investigators.

Man shot in the wrist

Meanwhile on the other side of town in northeast Harris County, deputies say a man was shot in the wrist due to celebratory gunfire.

This it happened just after midnight in the 3800 block of Hopper when he and his roommate were outside ringing in the New Year. He was rushed to a hospital, but fortunately is expected to be OK.

According to officials, there were a lot of close calls overnight due to people shooting off their guns. In fact, in southwest Houston more than 50 gunshots were heard.

This comes just after Houston police pleaded with the public to not fire their guns on New Year’s Eve, a practice that is illegal, dangerous, and in this morning’s case, sometimes deadly.