Investigators believe the men were hanging out in the parking lot when the gunman came up and shot at them before fleeing on foot. 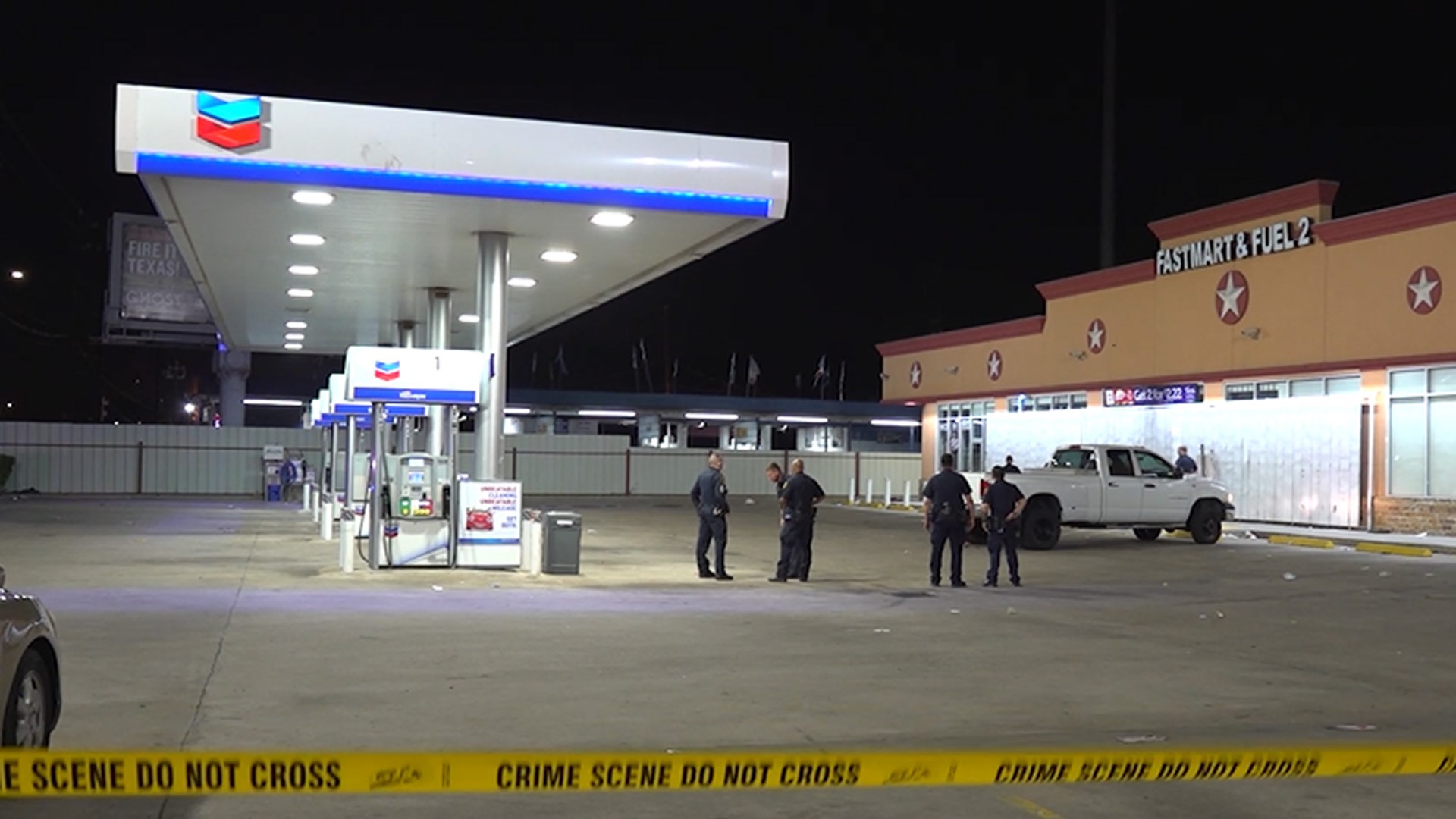 HOUSTON — Houston police were on the scene of a quadruple shooting at a gas station overnight.

Investigators believe the men were playing dice outside when a gunman came up and shot at them before fleeing on foot.

All four were taken to the hospital, one by private vehicle. Parker was reported to be in critical condition, Houston police said.

Police said they were investigating if the crime was connected to nearby shooting about an hour earlier. A 24-year-old man was wounded in that first shooting in the 10100 block of Homestead.

Anyone with information in this case is urged to contact the HPD Major Assaults & Family Violence Division at 713-308-8800 or Houston Crime Stoppers at 713-222-TIPS.