Firefighters said at least nine units were significantly damaged in the fire, which they said was likely caused by children who were playing with matches. 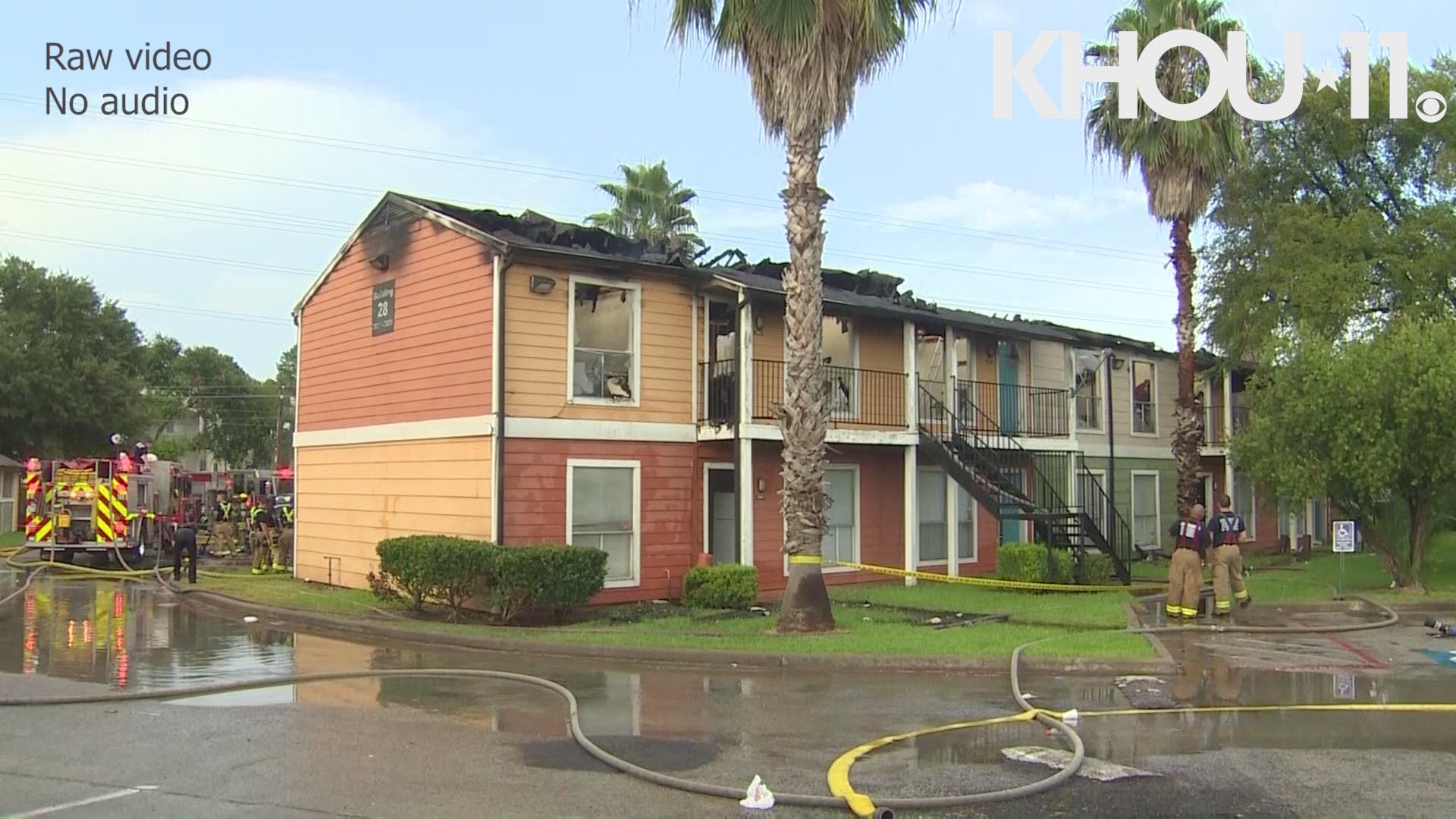 Authorities said children were playing with matches when the fire started just before 4 p.m. at the complex in the 990 block of Cypress Station Drive. The children were home alone because their mother had left to run an errand, according to authorities.

The Red Cross has been requested to help the displaced families.