The black and white "Beto" yard signs are littering yards across Houston. However, Ted Cruz's campaign signs are noticeably absent. 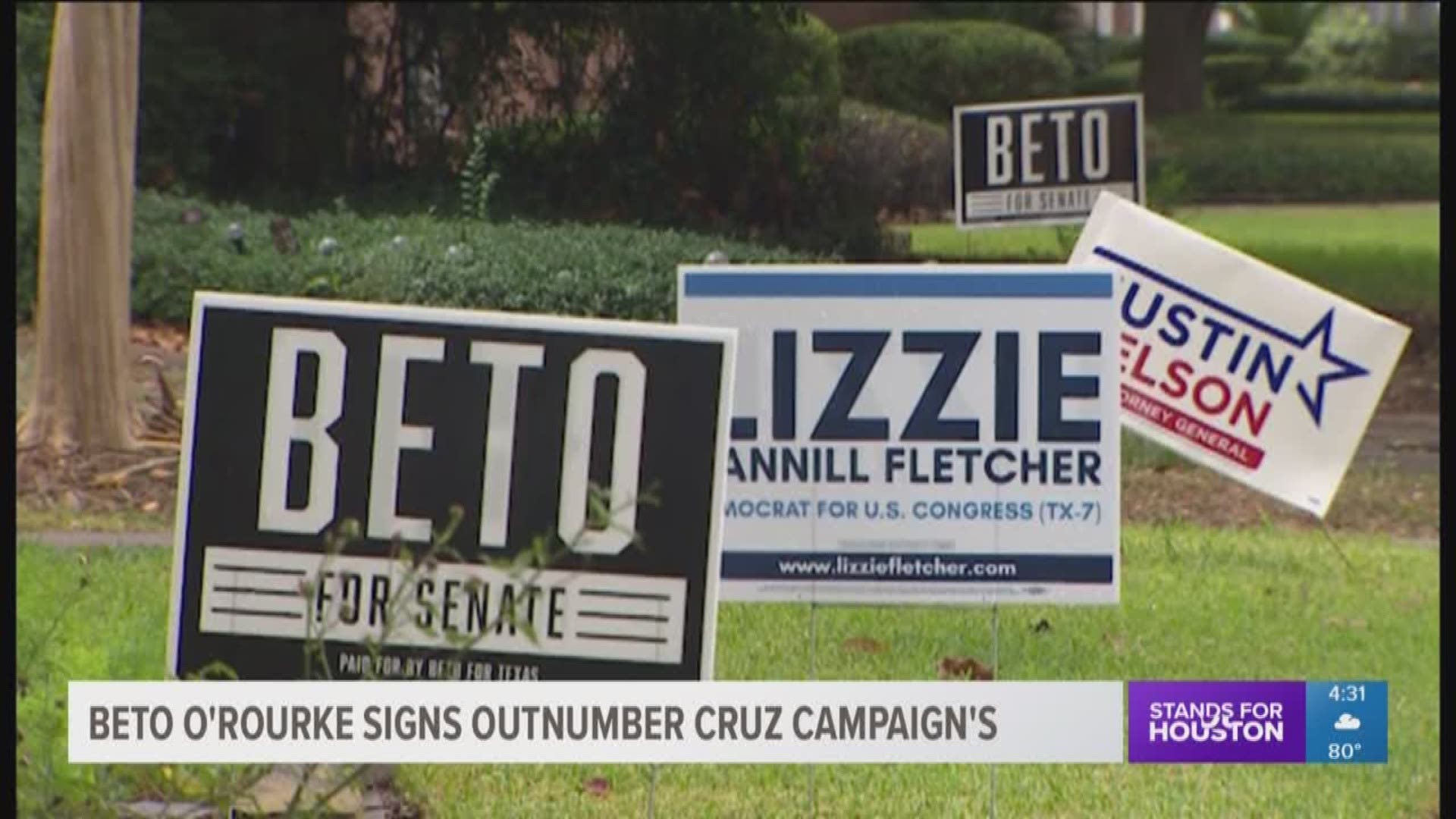 HOUSTON - Beto O’Rourke is making himself at home on his opponent’s home turf - at least his campaign signs are.

The black and white “Beto” yard signs are littering yards across Houston. However, Ted Cruz’s campaign signs are noticeably absent.

The sitting senator’s campaign manager says there is a simple explanation why the campaign hasn’t bought many yard signs:

“Signs are very expensive and not effective, so that's why we don't spend money on them. We focus our funds on voter contact,” said campaign manager Jeff Roe in a statement.

“Most people believe that signs, bumper stickers – and there’s a real science on this – it really doesn’t matter. But Beto’s campaign isn’t about being conventional,” said Stein.

O’Rourke, on the other hand, told the Texas Tribune the signs “have helped boost his campaign’s reach – particularly in more conservative communities.”

His supporters believe the visible signs show how popular he is.

“Some people would be surprised to see a democrat sign so prolific through this neighborhood. We want it to be known,” said Sharon Koonce, a West University resident.

Due to high demand, the Cruz campaign has now distributed 10,000 yard signs and ordered another 25,000.

Campaign yard signs for both candidates are currently being sold on their websites for $10.