The Cypress woman and her husband almost gave up on the dream of having children but then life took a surprise turn. 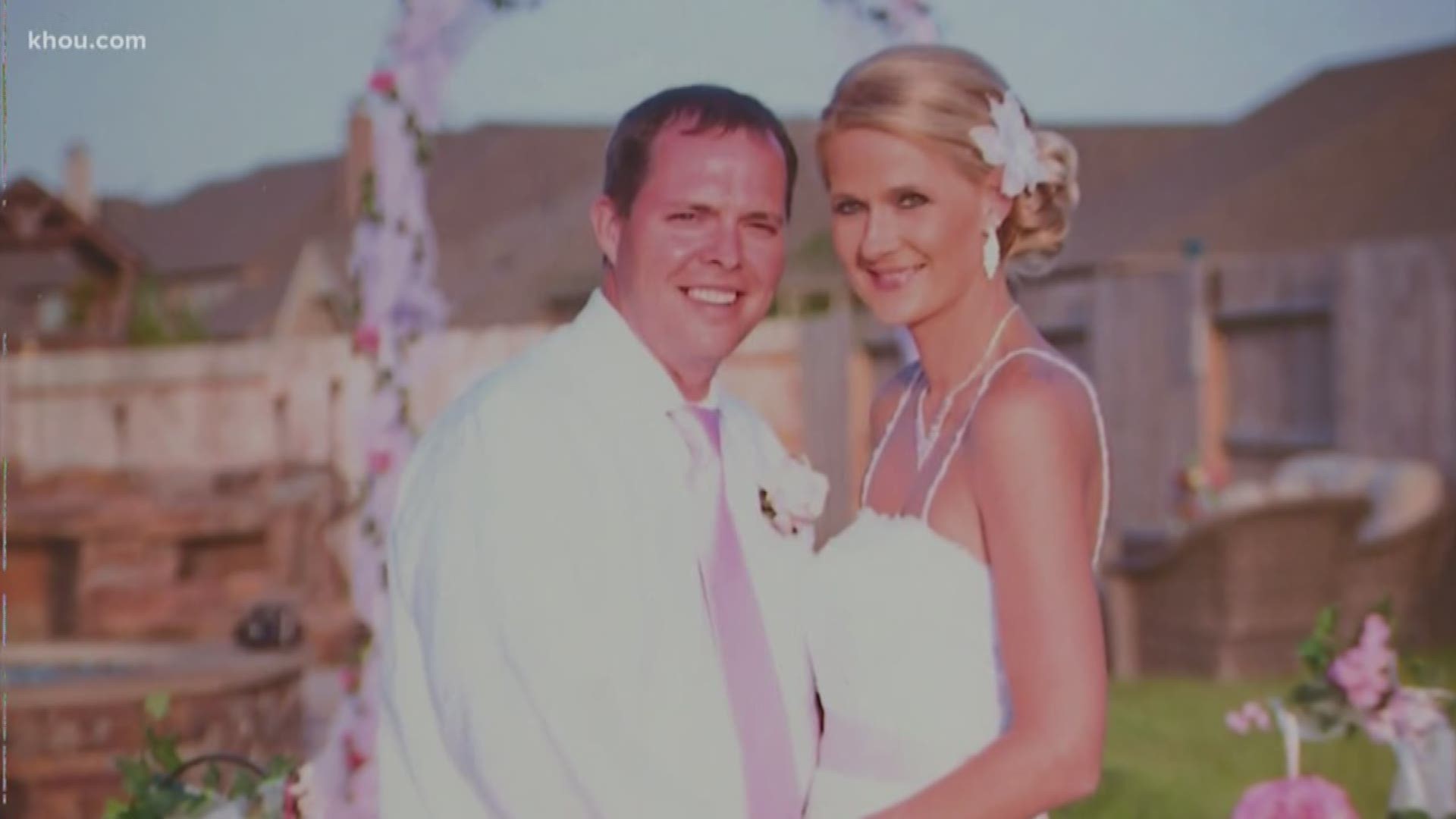 CYPRESS, Texas — Infertility is more common than most people realize. According to the CDC, about 10 percent of women in the U.S. between the ages of 15 and 44 have difficulty getting pregnant or staying pregnant.

But on Valentine's Day, a Cypress couple showed us how their journey through infertility was paved with luck, faith, hope and the power of love.

Call it bad luck because Andrea and James, and their doctors, had no other reason as to why the couple couldn't have a child.

Five and a half years of hormone treatments, several attempts at invitro fertilization, two miscarriages, a pulmonary embolism… and dwindling hope.

"It's devastating to both of us… again, I was the emotional one." said Andrea.

"James masked his emotions… to be strong for me." she said.

But when Andrea and James were mulling over what to do with their last two embryos, one male, one female, Tawnee offered her uterus.

"I kind of said it nonchalantly. I said 'you know, if it comes down to it and if you want, I'm willing to be your surrogate. Just think about it.'" she said.

With surrogacy being their last chance to create a family, Andrea and James took their neighbor up on her offer.

Two weeks after the embryos were implanted, they learned only one survived.

The news was bittersweet, but what happened next was a testament to their faith.

"Just out of the blue, I decided to take a pregnancy test and minutes later...

"She was just at our front door, and she had a tupperware, 'oh did you bring me cookies or brownies?' And she goes 'No...' what is this!… you're pregnant!'"

"I just think it's incredible that she ended up with the very thing she wanted the most, her entire life was a baby girl." Tawnee said.

After years of heartache and loss. The serendipitous turn only seems right for the family whose last name is... Valentine.

"Miracles do happen because I have two of them right here, I get to raise every day." said Andrea.

The Valentine family showed just how powerful love is.

"Don't give up, because it is there, and it will be there, you just have to keep working at it, and it will happen." she said.