League organizers said scholarships are a cool bonus. However, that is not why they are looking for more players. 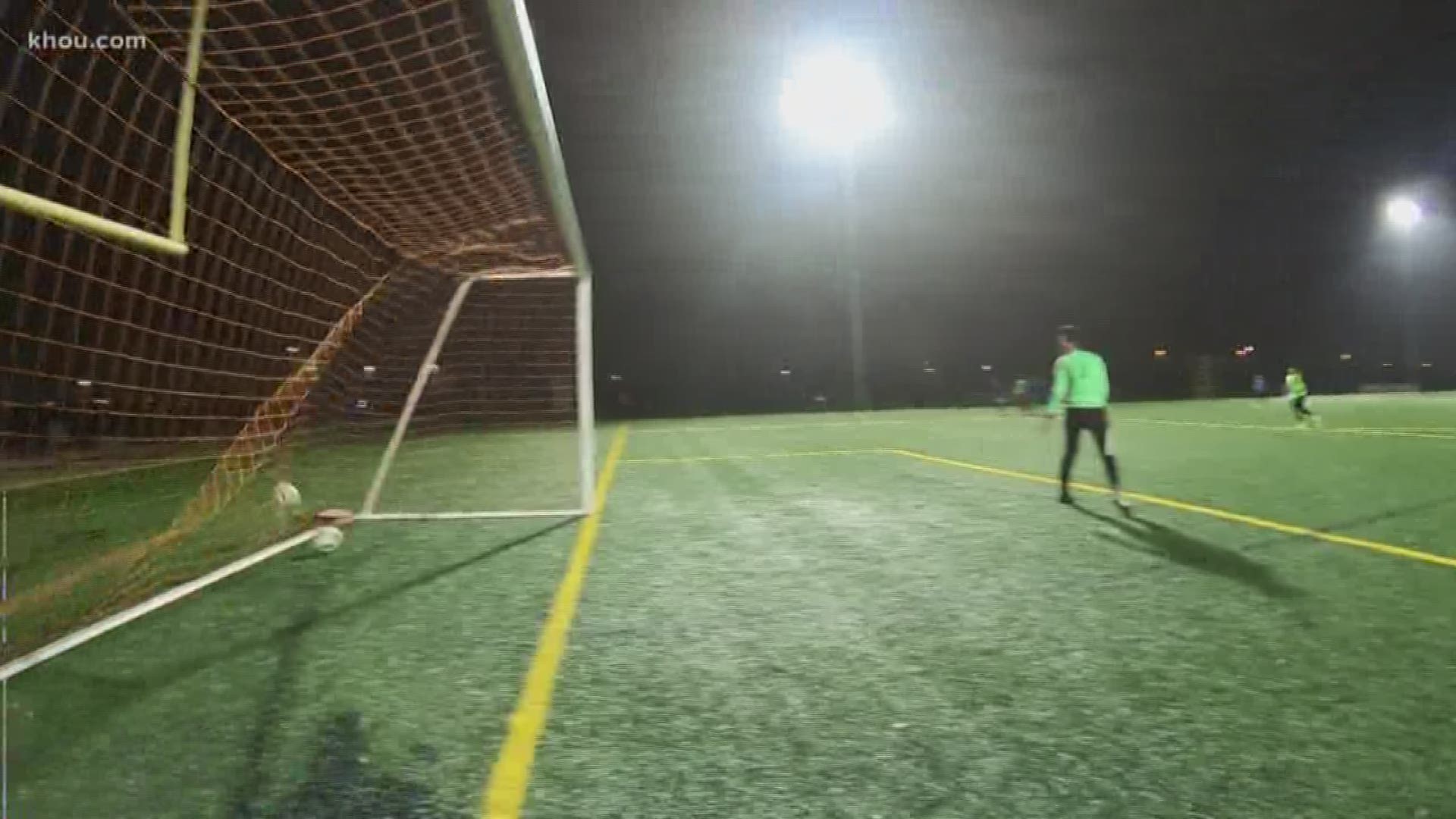 Amaanah Lions soccer players rarely miss practice. They are in first place in the Universal Soccer League. However, their goals are bigger than any pitch they play on.

“Everyone who comes here has lost something and lost something significant,” said Richard Spragg, a volunteer who runs the program for Amannah Refugee Services in Houston.

The team’s captain, Abdul Rahman Husein, is from Burma. His is a refugee whose family fled to Malaysia. He grew up there. Three months shy of graduating with a web design degree, though, he landed in Houston without friends and unable to speak English well.

“My problem was my language,” Tek Magr, another Lions player said.

Their families all fled countries in conflict. Each applied and waited an average seven years for interview, physicals and approval to move to the United States.

The United Nations estimates some 10 million people around the world have no access to education, healthcare, jobs and freedom.

That is why members of the Lions team came to Houston. Soccer, through the Amaanah Refugee Services program, helps them bond and blend in.

“Basically I knew all my friends through soccer and then we just became like family,” Husein said.

The team’s leading scorer, Khalid Abdulkhalik, left last week for the University of New Mexico. He earned a scholarship. Abdulkhalik is the third Lions’ player to earn one.

League organizers said the scholarships are a cool bonus. However, that is not why they are looking for more players. Organizers’ goal is simple: help people running from tragedy fit in and become productive U.S. citizens.

“(The refugee crisis is) soul-destroying and I think we’ve all got a responsibility to do something, whatever it is we can to help people who are displaced wherever they are in the world wherever they come from,” Spragg said.