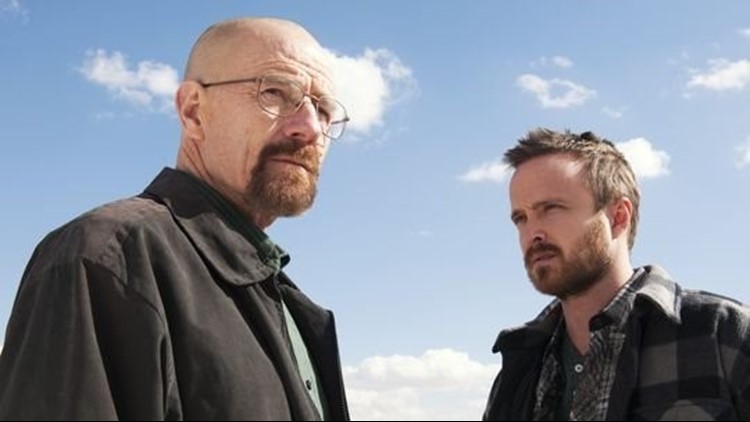 Bryan Cranston as Walter White and Aaron Paul as Jesse Pinkman in a scene from "Breaking Bad." (Photo: Frank Ockenfels/AP)

Report: Breaking Bad sequel is a movie starring Aaron Paul and will debut on Netflix

Breaking Bad is back in the form of a feature-length movie coming to Netflix and AMC, according to The Hollywood Reporter's sources.

The Hollywood Reporter says the film will be revolved around Aaron Paul's character Jesse Pinkman, who we last saw hysterically driving away from brutal captivity in the series finale.

The Hollywood Reporter says their sources confirm that Netflix will have the movie first, then it will air on AMC.

This is reverse to how Breaking Bad and Better Call Saul aired, having both started on AMC then sold to Netflix.

Will Walter White make an appearance despite how the finale ended?

Bryan Cranston joined The Dan Patrick Show in November, saying he's not sure if Walter White would be in a sequel, but said he would "absolutely" be available if Gilligan asked him.

"It's a great story and there are a lot of people who felt that they wanted to see some kind of completion to some of these storylines that were left open," Cranston said.