The couple's fixed monthly income is not enough to cover their mortgage payment, expenses, prescriptions and bills. They're not sure where else to turn for help. 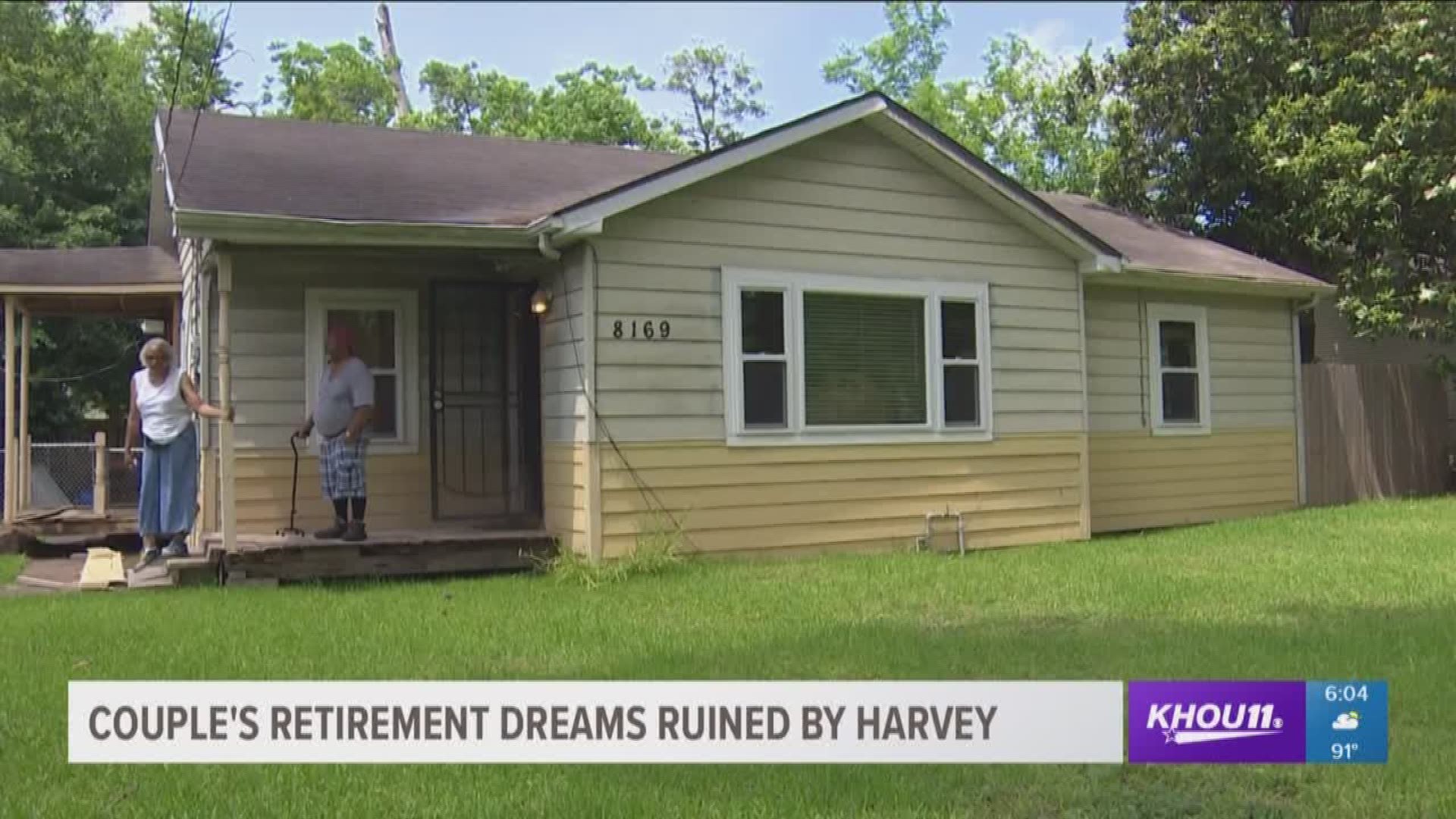 HOUSTON – Harvey’s forgotten victims include many of Houston's working class who did not qualify for FEMA assistance and are now in desperate need of help.

The Washingtons retired from their careers as civil servants and had planned on living the rest of their years at a modest home in northeast Houston.

The couple owned the home for more than 30 years and had used it during their working years as a rental property.

They decided to flip the home in 2017 and spent nearly $30,000 of their savings and opened lines of credit to make the home just right.

The major work on the home was completed late last summer, but when Hurricane Harvey hit, their dreams of a happy retirement were dashed.

Many of the homes in the neighborhood were flooded by several feet of water. The Washingtons' home had five feet of water inside during the flood.

"I’m tired,” Wilma Washington said. "I don’t want to see the house like this.”

The home was gutted shortly after the flood by a Mormon volunteer group with Jesus Christ of Latter Day Saints.

The affected drywall has been cut and removed but there is still a tremendous amount of work to be done.

Many of the Washingtons' new appliances and fixtures still wear the tags from Home Depot.

Washington’s husband is on disability and cannot do the work. He drove a Metro bus for 25 years until the day he woke up and could not tie his shoe laces.

Wilma Washington was a USPS postal worker for more than 28 years.

The couple’s fixed monthly income is not enough to cover their mortgage payment, expenses, prescriptions and bills.

Washington has applied for financial assistance but has not managed to get anywhere.

The house has been burglarized in the past few months. Thieves stole the new A/C unit and the copper wiring from the flooded home’s attic.

Washington says she does not know where else to turn for help.