"It struck me as sort of a metaphor for recovery from the storm. You could still see the flood waters rushing through the bayou, but the sun was out and there was this beautiful music playing, so I had to stop and record a little snip," said Spiro. 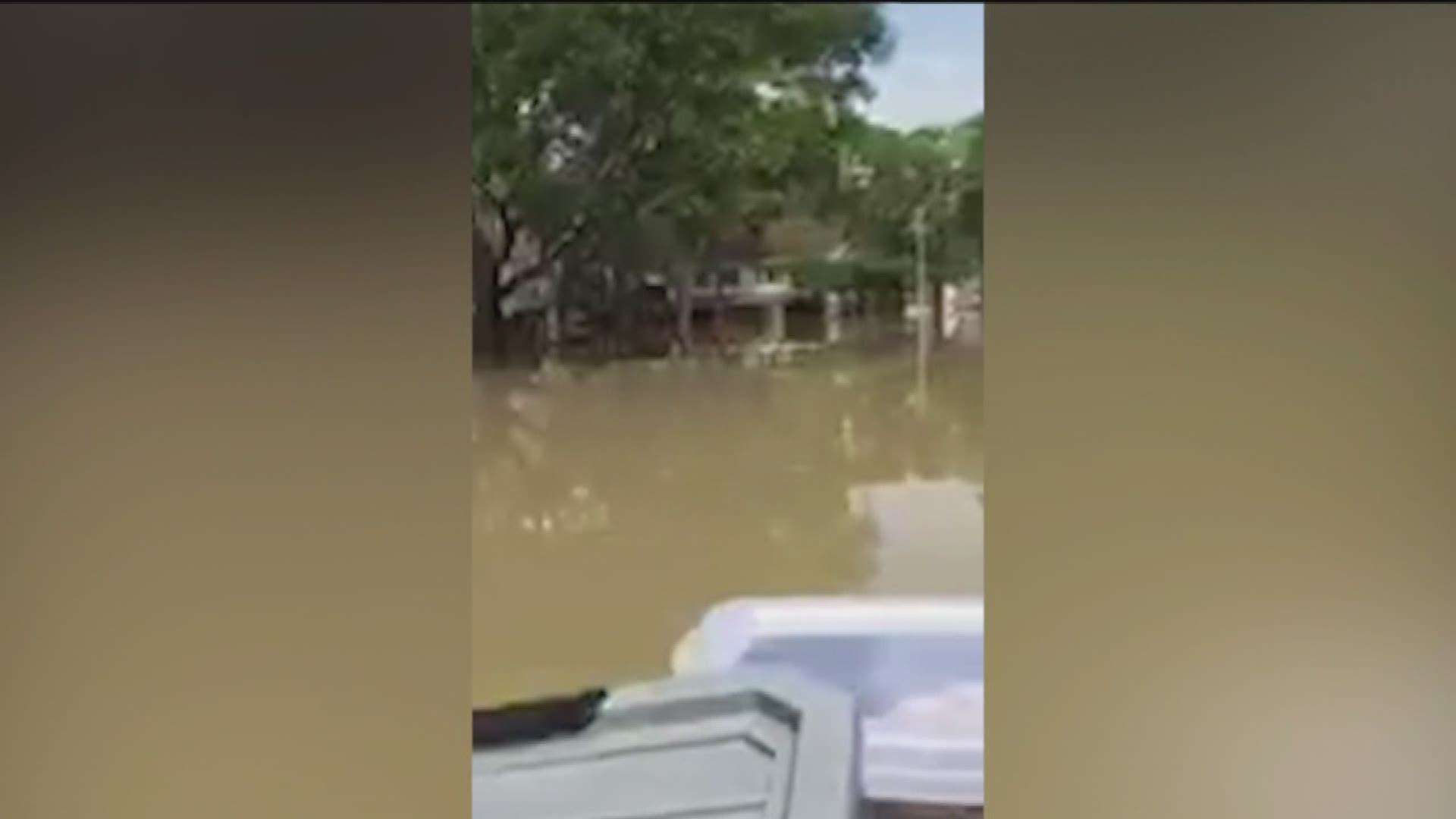 Houston, TX – Historians and librarians at Rice University are leading an effort to save digital records of Hurricane Harvey in an online memory bank.

The database is called the Harvey Memories Project.

“Future historians will probably look back at this storm as the most digitally documented natural disasters in our history,” said Caleb McDaniel, Assoc. Professor of History at Rice University. “But as librarians and historians, we know those artifacts can be just as vulnerable to loss and as ephemeral as anything.”

So far, almost 200 pictures, videos, stories, and poems are on the memory bank.

Librarians with the City of Houston and Harris County, as well as other universities are collaborating on the project.

Some of the first uploads are memories of the people who helped create the database.

Rice librarian, Lisa Spiro, described a video she uploaded, which shows a man playing flute next to a bayou.

“It struck me as sort of a metaphor for recovery from the storm. You could still see the flood waters rushing through the bayou, but the sun was out and there was this beautiful music playing, so I had to stop and record a little snip,” said Spiro.

Several photographs taken by Arun Chaudhary can also be viewed on harveymemories.org.

“I’m a photographer, I’m a filmmaker, I’m an artist. I was like – what can you do? I thought heading out there with my camera could be helpful to, ‘A’, document this historic storm, but also to see if people needed photos for things like insurance, to send to people, to send to neighbors to see what’s wrong with their house,” he said.

What he captured is so familiar and foreign at the same time.

“You realize the real power of water. Water gets places it wants to go,” Chaudhary said.

The creators of this project say it isn’t a record of the hurricane. It is about the people who lived through it.

The memory bank can be used as a resource for researchers, as well as survivors of the storm.

“That there might be some comfort in seeing that we’re not alone in our stories, that other people experienced the same things and this is a place where people can make sure their perspective and story is heard and preserved, so future generations can learn from this experience,” said McDaniel.

Click here for more on Harvey One Year Later