At Sunday night's party, families reminiscing about the last year's journey, but grateful for Mattress Mack and his generosity when they needed it the most. 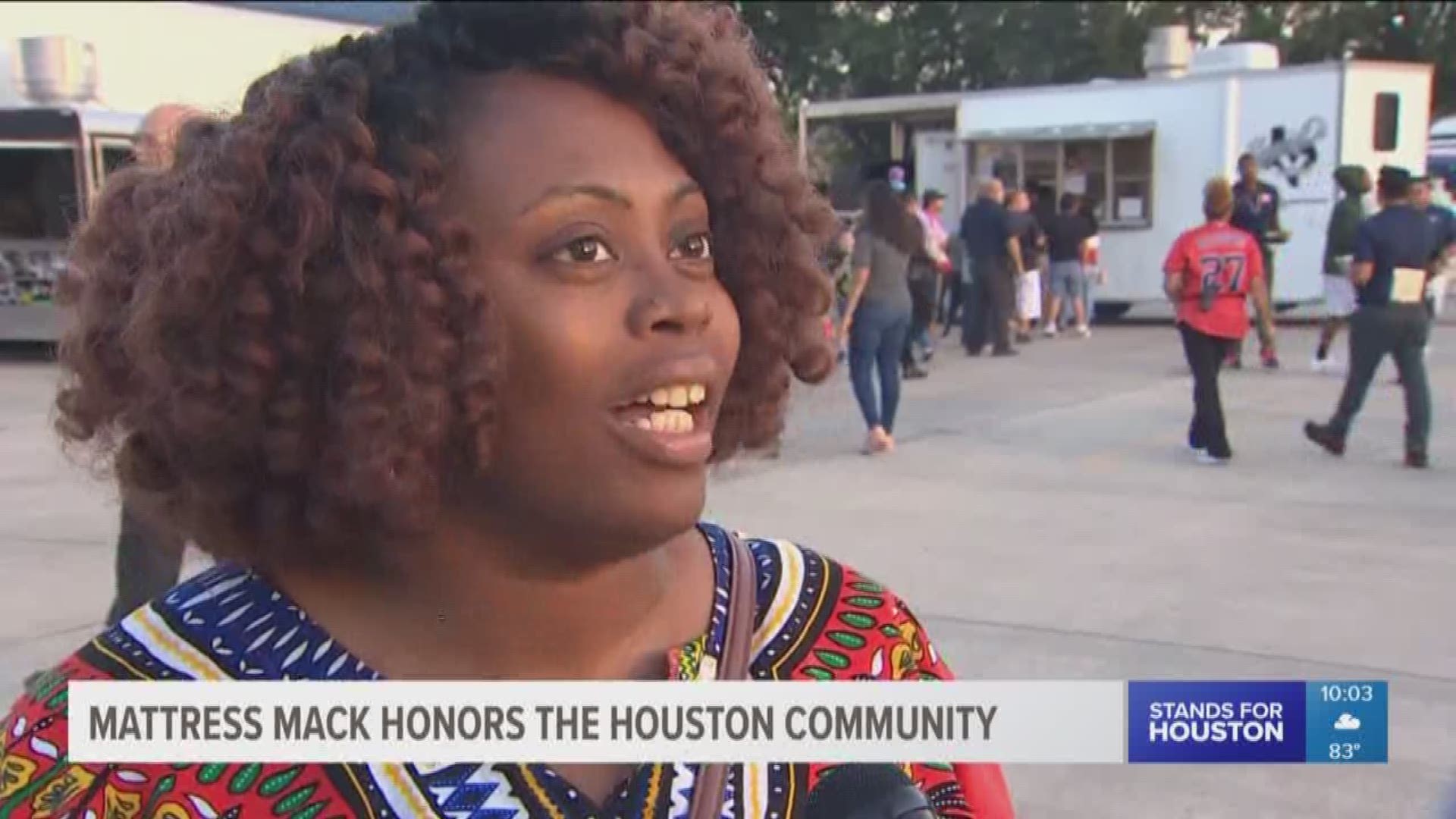 A year ago, Hurricane Harvey victims flowed into Gallery Furniture after Mattress Mack opened his store's doors as a shelter.

"We were scared and afraid, didn't know what was going on," said Verlencia Grace. "But Mack welcomed us in. He gave us clothes, food, got to take a shower."

Now, 365 days later, outside Gallery Furniture there was no rain in sight. Mattress Mack invited Harvey victims and first responders to a special celebration commemorating the one-year mark.

"When I went in the store and looked around, I said I couldn't believe it'd been a whole year since I'd been here," said Grace.

But this time, the mood was a lot different. Families now smiling, enjoying free food, music and reconnecting with others whose lives were changed last year.

"I hope they have a chance to share their story to talk about how they survived and thrived, to give us all hope for the future," said Mack.

1 yr after Harvey @MattressMack still giving back to community. He’s hosting a celebration at @GFToday for #Harvey first responders and families impacted by storm. Many of these children and families stayed inside his store when it served at shelter. #khou11 pic.twitter.com/8BMg1qMnYk

Senator Ted Cruz surprised the crowd and thanked Texans for showing the world how to come together. Cruz says Houston's made a comeback, but there's still more to do.

"We've still got a long way to go, so we need to keep standing by the citizens still hurting," said Cruz.

Senator @tedcruz addressing folks at @GFToday Hurricane Harvey reunion celebration. Cruz says Houston showed the country and the world how to come together to help your fellow neighbor #KHOU11 pic.twitter.com/JWKF4GSRbH

At Sunday night's party, families reminiscing about the last year's journey, but grateful for Mattress Mack and his generosity when they needed it the most.

"Because of people like him we've been able to get back on our feet," said one survivor.

Mattress Mack gave away free Astros tickets and mattresses at tonight's celebration too.