Even though the system’s exact track is unknown, Galveston County has activated its emergency operations center. 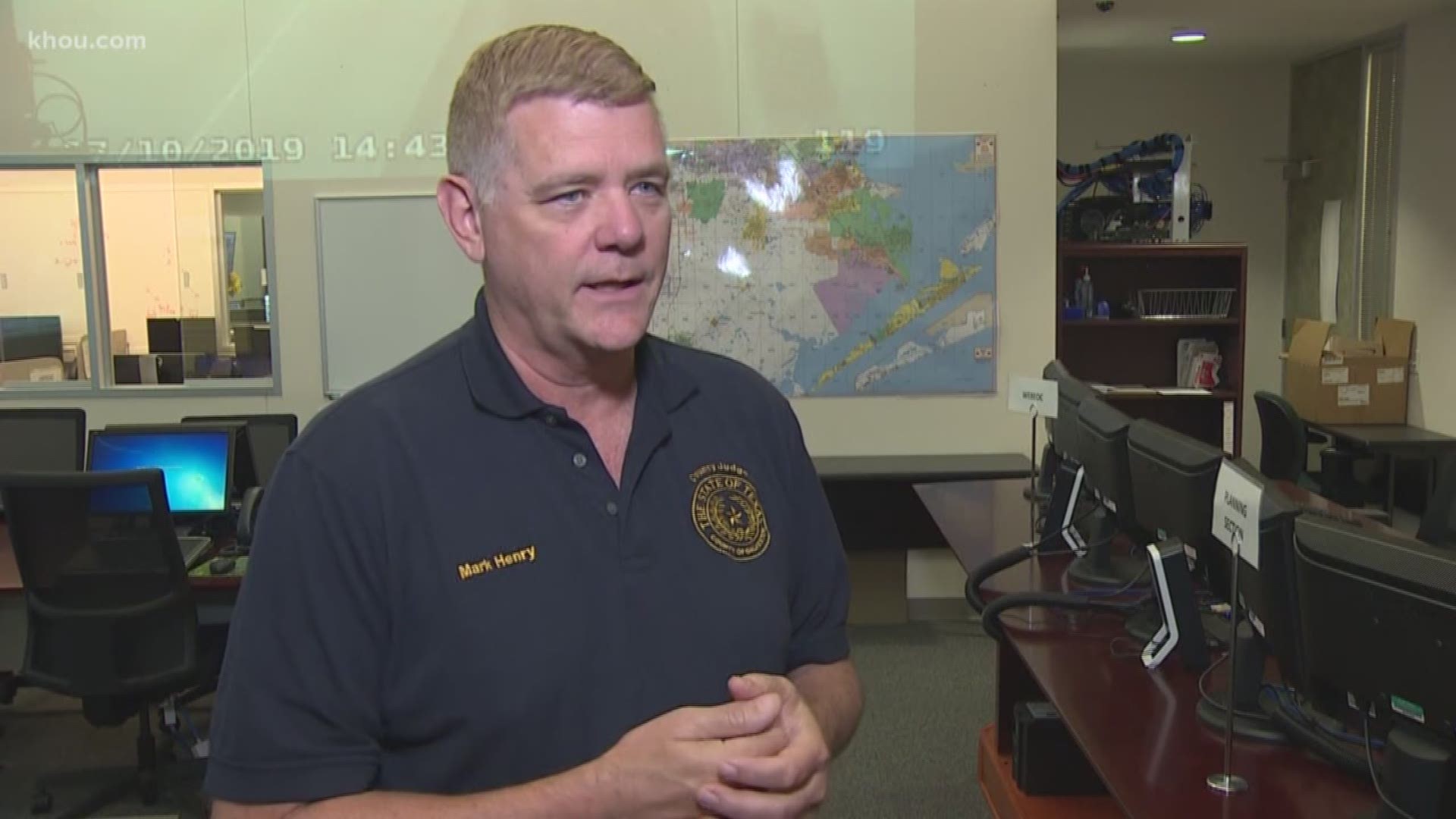 GALVESTON, Texas — Coastal counties from Texas to the Florida panhandle are keeping a close eye on this storm system as it churns and makes landfall anywhere along the Gulf Coast.

Even though the system’s exact track is unknown, Galveston County has activated its emergency operations center.

The fear right now is if it comes this way people will have a short window to prepare.

The county’s EOC has been upgraded to Level 2 out of 3. It means the center will be staffed around the clock.

Henry said they’ll keeping an eye on the gulf and will push out the latest information to the cities in Galveston County.

On 4:30 p.m. Wednesday, all the cities in the county had a conference call with the county and the National Weather Service to hear the latest information.

The EOC would go into a Level 3 if there’s an imminent threat. Henry said they get to watch and monitor most storms ten days in advance.

“The different factor here again is that we’re going to have so little time from the time we have good accurate information to be able to present that to the folks out there and for them to be able to do something about it,” Henry said.

Henry said this disturbance isn’t following traditional tracks coming off the mainland instead of forming over water.

It could involve storm surge, rain, wind, all of the above or none of it if stays away from the area.

"We’re hoping that you already have your kit put together, because we’ve been talking about that for months now and that you have a plan if you have to evacuate," Henry said. "We don’t know what this storm is going to be. That’s our challenge."

He said the county is in charge of making evacuation orders.

Coastal communities in Galveston County like Bolivar and other low-lying areas would be the first to evacuate if an order were to come down.

The state would make the call as far as shutting down the causeway or stopping ferry services if needed.

Henry urged residents and visitors to pay attention to credible news sources and warns that social media is not always trustworthy.

Hurricane Season: What to know, what to do