I-10 is one of the most dangerous highways, and the stretch that runs right through Harris County is most deadly. 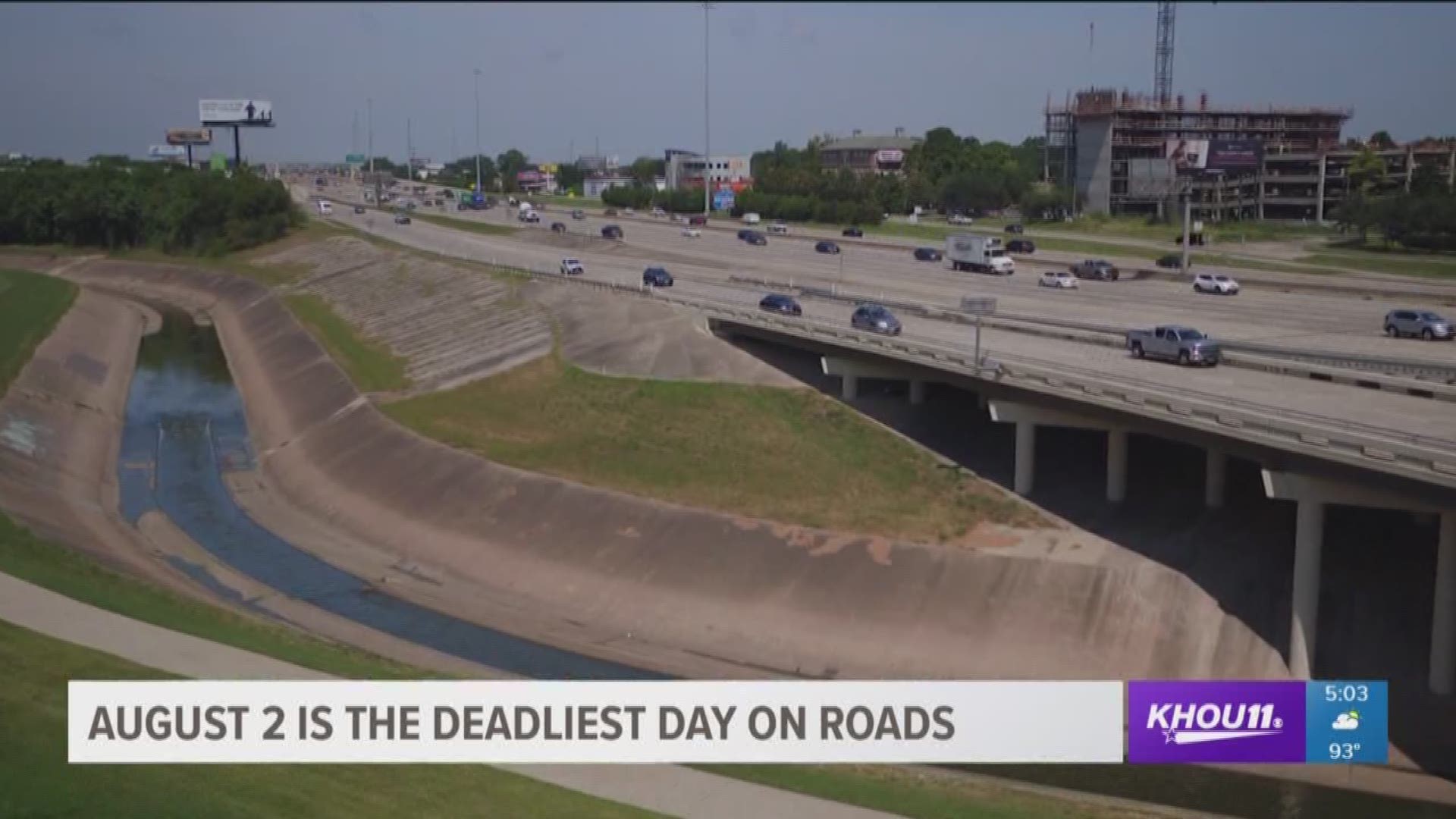 HOUSTON - Driving on Houston highways can be a nightmare. But some are deadlier than others.

I-10 is one of the most dangerous highways, and the stretch that runs right through Harris County is most deadly.

I-10 stretching from Anthony, Texas, to the Louisiana border ranks as the fifth-most dangerous highway in the United States. But it's the chunk through Harris County that claims the most lives. From 2010 to 2016, 585 fatal crashes happened, killing a total of 676 people.

Next deadliest is US-59 in Harris County. That stretch ranks 23rd deadliest. 318 fatal crashes killed 390 people.

State Highway 105 in Montgomery County comes in at 25 with 72 accidents claiming the lives of 91 people.

The highway Houston loves to hate, US-290, only ranks 35th out of the 50 most dangerous in the country. 290 also has one of the fastest EMS response times averaging 13 minutes. I-10 is 5 minutes longer at 18 minutes. And if you have an accident on 105, you'll have to wait about 30 minutes for help to arrive. That's the longest wait time in the country.

Finally, there's the alcohol factor. Nearly 50 percent (47.7 percent) of drivers in fatal accidents on Highway 105 were drunk. That's good for fourth-worst in the country. I-10 is just slightly better at 44 percent.

All four of the Houston-area highways that made the top 50 most dangerous list fared worse than the average in every category.