Police: 63 vehicles involved in crash in Virginia; 35 people taken to the hospital

Virginia State Police say 69 vehicles were part of a wreck near Camp Peary. Dozens of people were taken to four hospitals. 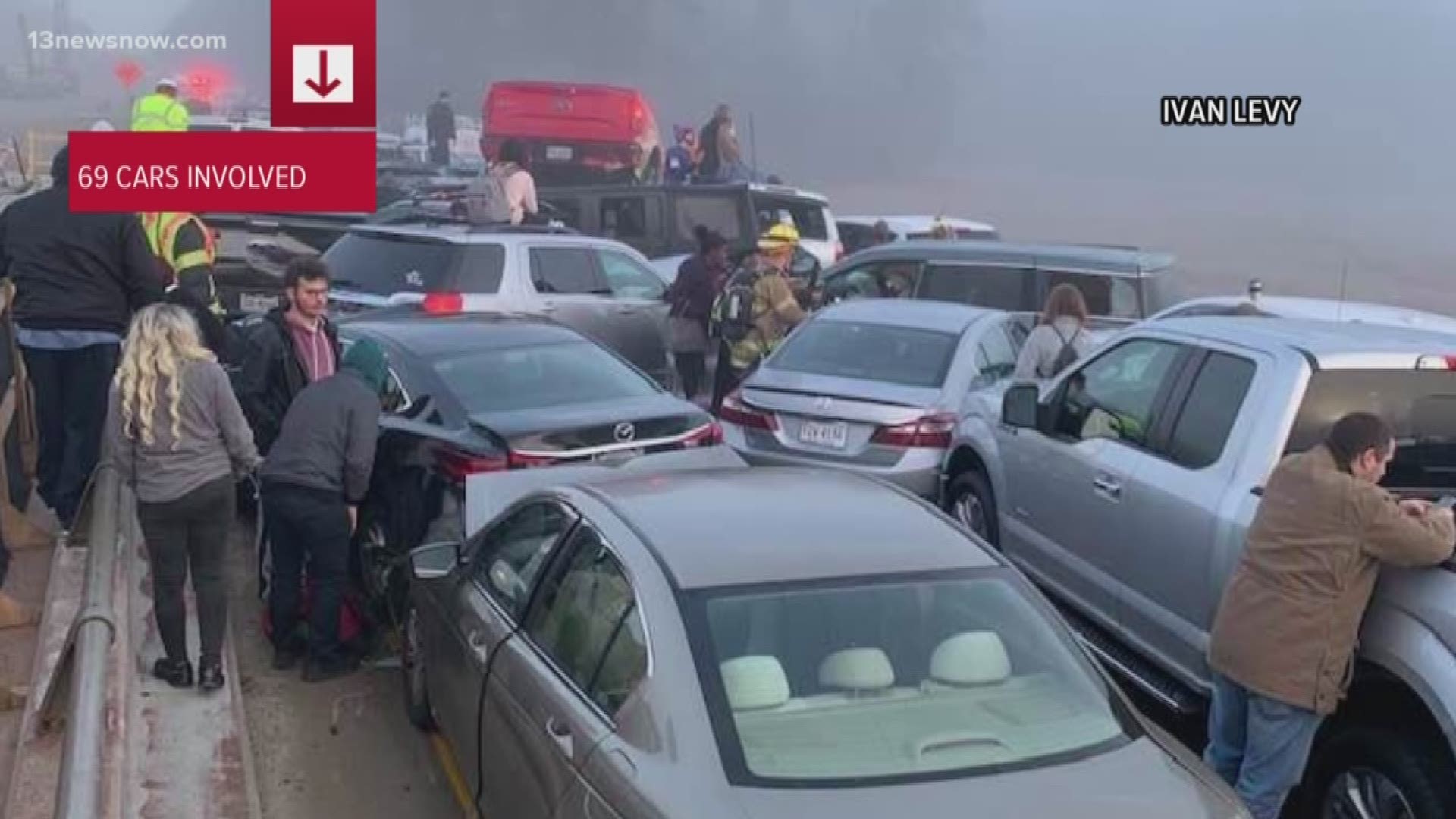 The wreck happened around 7:50 a.m. on the Queens Creek bridge near the Camp Peary Exit.

Virginia State Police spokeswoman Sgt. Michelle Anaya said dozens of people went to the hospital. Two of the people who were hurt had critical, life-threatening injuries.

Peter Glagola, spokesman for Riverside Health System, said 25 people who were hurt in the crash came to Riverside Regional Medical Center in Newport News. Medics took all but one of the people there; the other person was a walk-in. Their injuries were as follows:

Glagola said that 21 people went to Regional Doctors' Hospital Williamsburg. These were the extent of their injuries:

Glagola told 13News Now other patients were taken to VCU Medical Center in Richmond. A spokeswoman there said VCU was treating two patients.

State police said severe fog and icy conditions on the bridge were factors in the crash.

Anaya said during a news conference that there was a second wreck on the interstate in the same area around the same time. That one was on the eastbound side and likely was the result of drivers looking at the original crash. Eight cars were part of the second wreck. People involved had only minor injuries.

No charges have been placed at this time, as the multiple crash investigations remain ongoing, state police said.

RELATED: 13News Now has a new app. Download it here.

York-Poquoson Sheriff's Office deputies were there to help Virginia State Police troopers and to direct traffic.

VDOT said the roadway opened by 4:30 p.m. and all lanes have reopened on I-64 west at the Queens Creek Bridge.

PHOTOS: Huge Pileup After Crash on Interstate 64 in York County