HOUSTON- Houston first met Cristian Beasley in 2012 and rallied behind him as he fought leukemia. 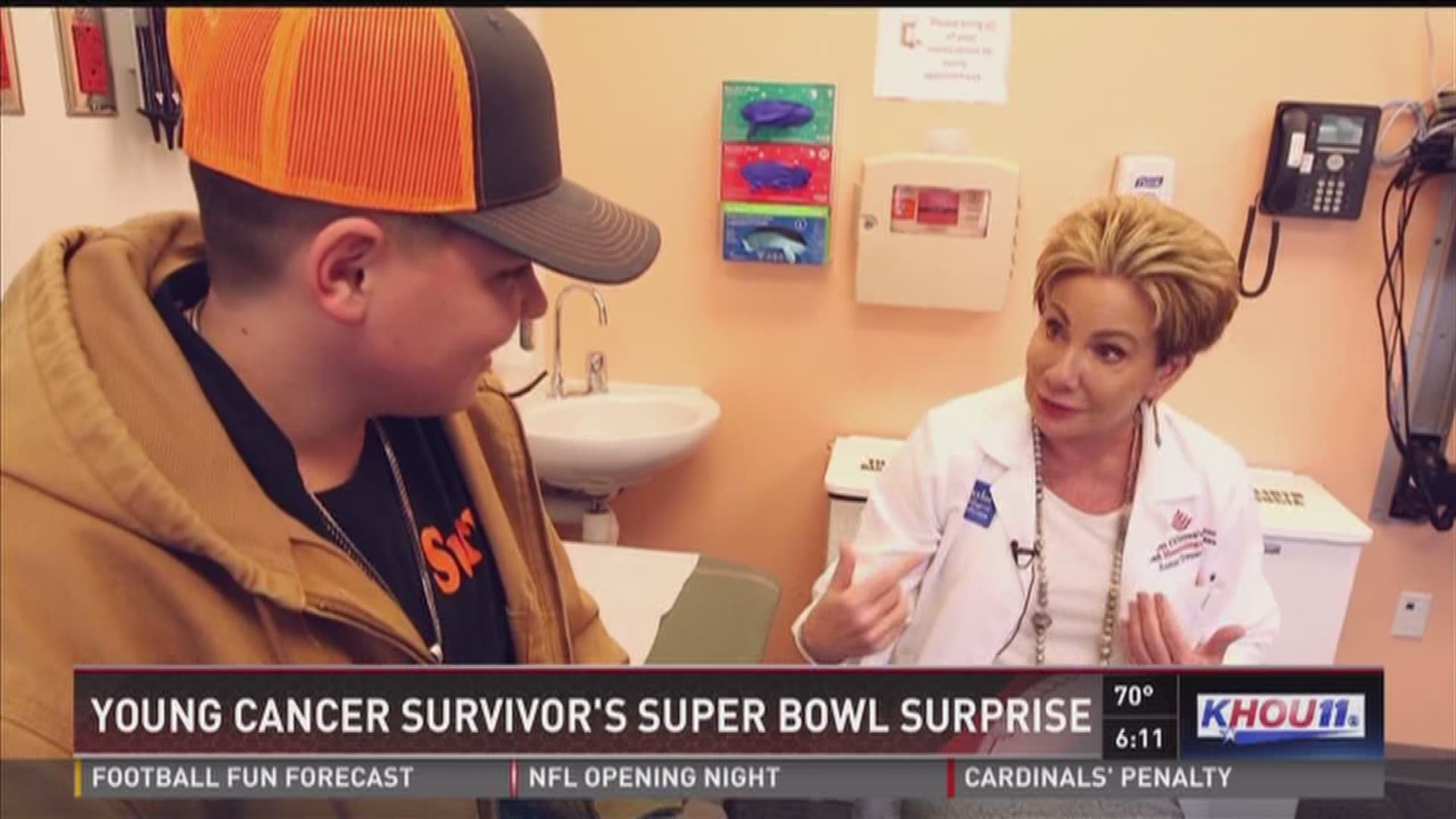 HOUSTON- Houston first met Cristian Beasley in 2012 and rallied behind him as he fought leukemia.

The chemo was painful, crippled his bones, left him so weak, school wasn't an option, so a robot named Watt went for him.

"A long fight, but I won," said Cristian. "I'm ready to get that second chance to go at it at life."

Last week Cristian took part in the biggest surprise of his young life.

Cristian thought he was at the doctor's office at Texas Children's Hospital for some blood work and to get cleared to play high school football, but there's a lot more to his visit.

Dr. ZoAnn Dreyer surprised Cristian on behalf of Hyundai's Hope on Wheels program with two tickets to the Super Bowl for him and his dad.

"When he realized he had two tickets, he was shaking," said Dr. Dreyer. "I thought he might faint."

Cristian didn't faint. Instead he FaceTimed his dad who was in on the surprise weeks earlier.

"I filled up with tears in my eyes," said Daniel Beasley, Cristian's dad. "Knowing all the sacrifices he took and we took with him. It's just a rewarding feeling to see that joy in his face."

"It was a big shocker," said Cristian. "Those tickets are outrageously expensive."

Now coming up on one year without cancer, Cristian's next big goal is playing football at Splendora High School. He's been a part of the team for years. Now he wants to be healthy enough to suit up.

"There's no doubt the fight this kid has," said head football coach Marcus Shultz. "His fight is unreal. I know he'll be out on the field ready to go."

His coach and teammates are helping him get stronger.

"I'll be benching and I'm like 'no more', but they're like 'one more, one more' and that one more they say pushes you to work harder," said Cristian.

Cristian not the type of kid to take no for an answer. He's hoping his journey can help others fight too.

"You can do anything you want to if you believe in yourself," said Cristian.

Sunday he'll check one more thing off his list: seeing a Super Bowl up close and personal with his dad in his hometown.

"I can't imagine, I can't wait," said Cristian. "I can't wait to see what's going on. I think it's going to be a pretty awesome day