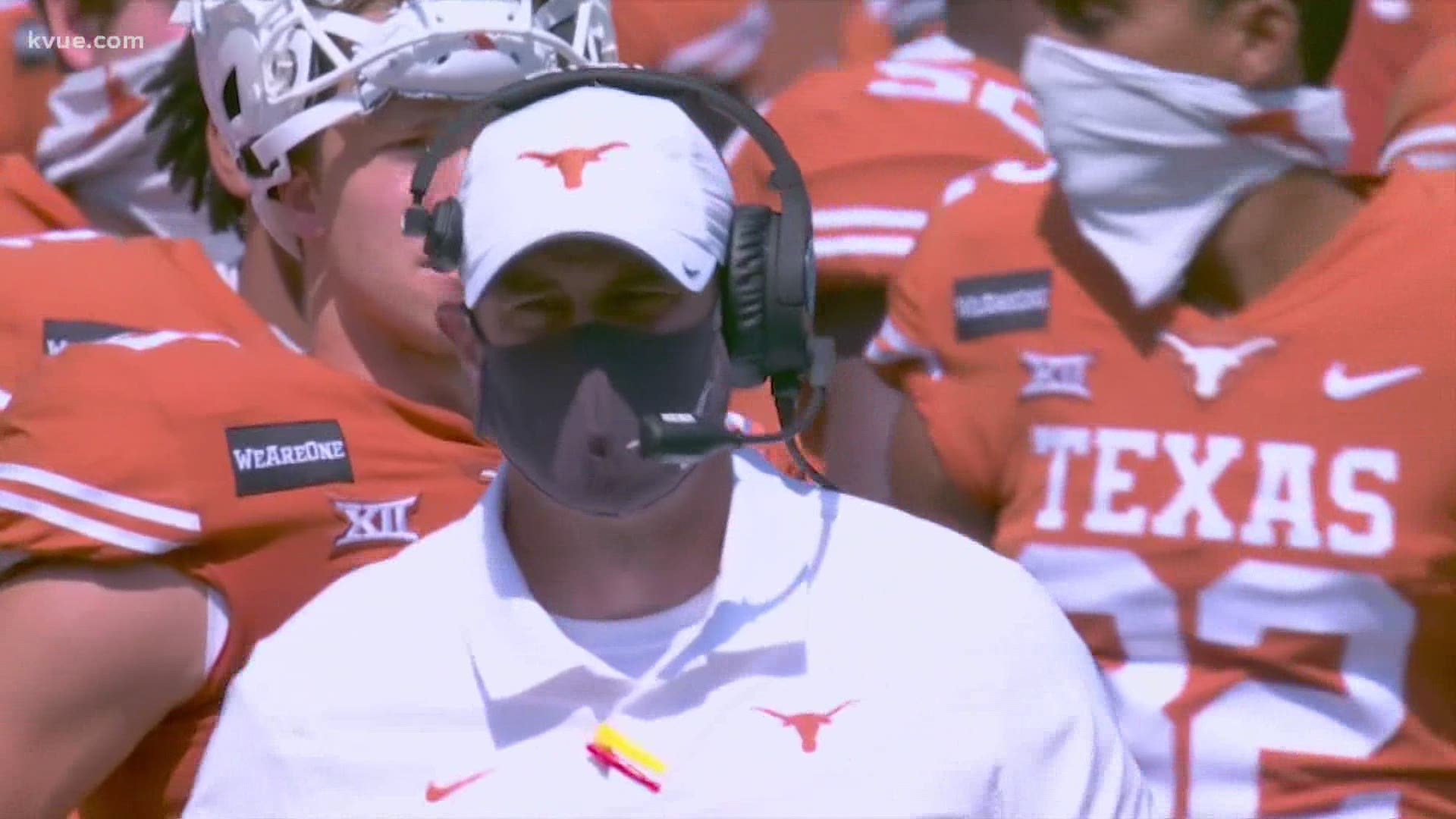 UT announced it had fired Herman in a statement on Saturday.

UT said Athletics Director Chris Del Conte had recommended to President Jay Hartzell that "UT make a coaching change to get us on track to achieving our ambitious goals." Hartzell and Board of Regents Chair Kevin Eltife concurred and approved the change to fire Herman.

"We thank Coach Herman for his service and dedication to our student-athletes, our program and our university," the statement reads.

Del Conte said Sarkisian is one of the “top offensive minds in the game of football.”

“We are confident our players and coaches will thrive under his leadership and in response to his energy and passion for the game,” he said.

Hartzell said conversations with Sarkisian first began a few weeks ago. He said Sarkisian is "a fantastic investment."

Sarkisian was the quarterbacks' coach at USC when the Trojans lost to Texas in the 2005 National Championship. He singled out this game in his acceptance statement on Saturday.

"There has always been something special about Longhorn football, its history and traditions – not just on that day – and I could never have imagined that 15 years later, I would join the Longhorns as their head coach," he said.

Sarkisian added 20 years ago his dad told him the Texas head coaching job is the best job in the country.

On Saturday, Sarkisian expressed his confidence in the team and its future.

"There are plenty of good football players on this team to go win a championship with," he said. "We all want Texas to be back and believe Texas should be back – that's why I took the job, but you have to put in the work."

The announcement comes just days after the Texas Longhorns defeated the Colorado Buffaloes, 55-23, in the Valero Alamo Bowl. The team finished the 2020 season with a 7-3 record.

Herman's firing also comes less than a month after Del Conte confirmed Herman would keep his job as head coach amid speculation about his job security.

"With the close of the regular season, I want to reiterate that Tom Herman is our coach," Del Conte said in a statement on Dec. 12.

Herman is a Texas Ex and was named the school's 30th head football coach in November 2016. The 2020 season was his fourth at UT and his sixth season overall as a head coach, according to UT. Herman went 32-18 overall with the Longhorns.

He's owed $15 million for the remaining three years of his contract.

Mom of six dies of COVID-19, leaving her oldest to care for her siblings