She now ranks among the richest Houston billionaires. 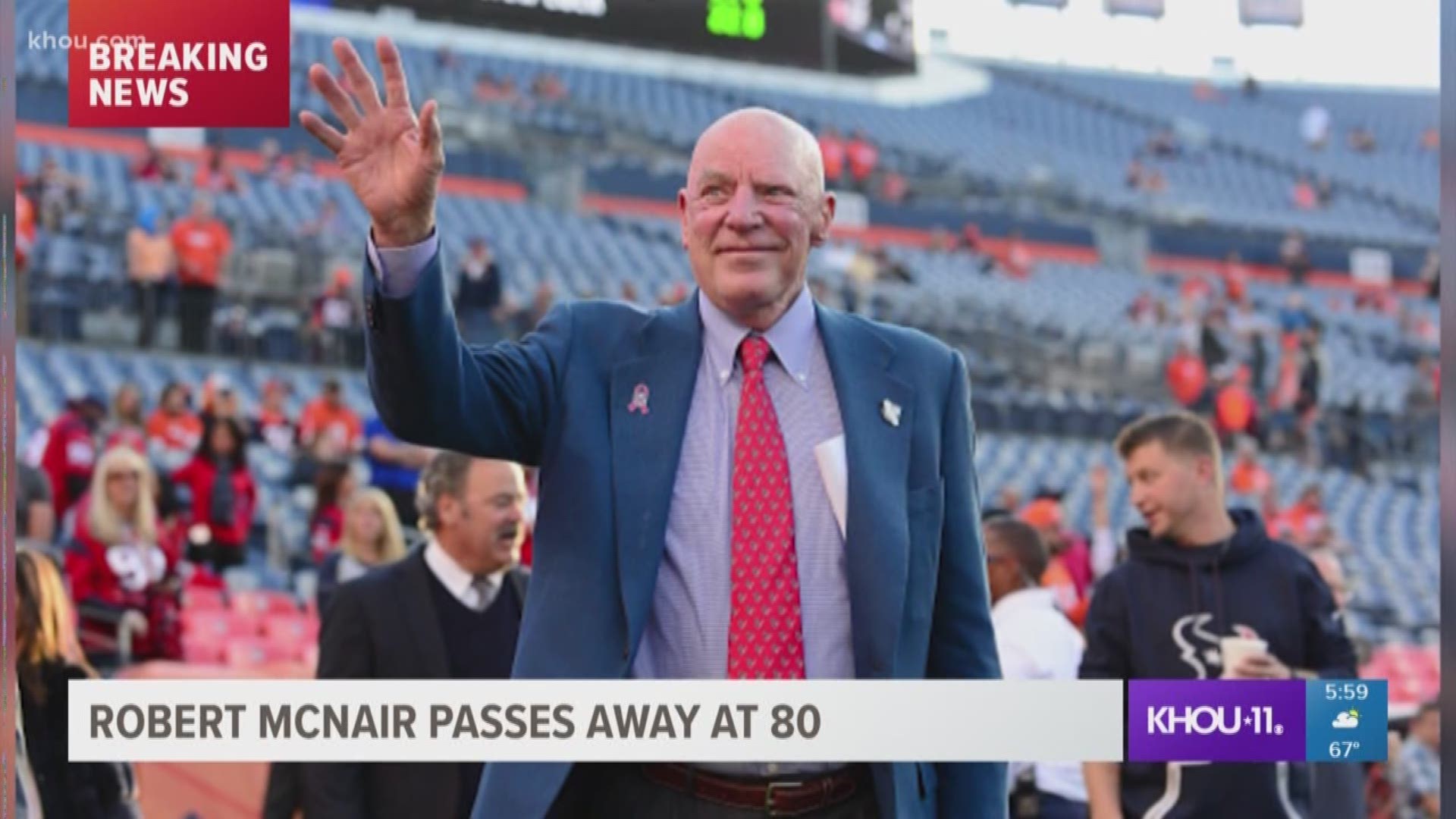 The Dallas Cowboys are the No. 1 most valuable NFL team by a wide margin — but owner Jerry Jones only ties for third place among the richest owners in the league, according to CNBC.

The Houston Texans owner Janice McNair, widow of Texans founder Bob McNair, also made the top 10 list. Janice McNair took over ownership of the team after Bob McNair died in November 2018, and she now ranks among the richest Houston billionaires.

CNBC compiled the list of wealthiest NFL owners based on their net worth as reported by Forbes.

Visit the Houston Business Journal to see a slideshow of the top 10 wealthiest NFL owners.