Tyler Martin’s coach says his dad will be watching him play. 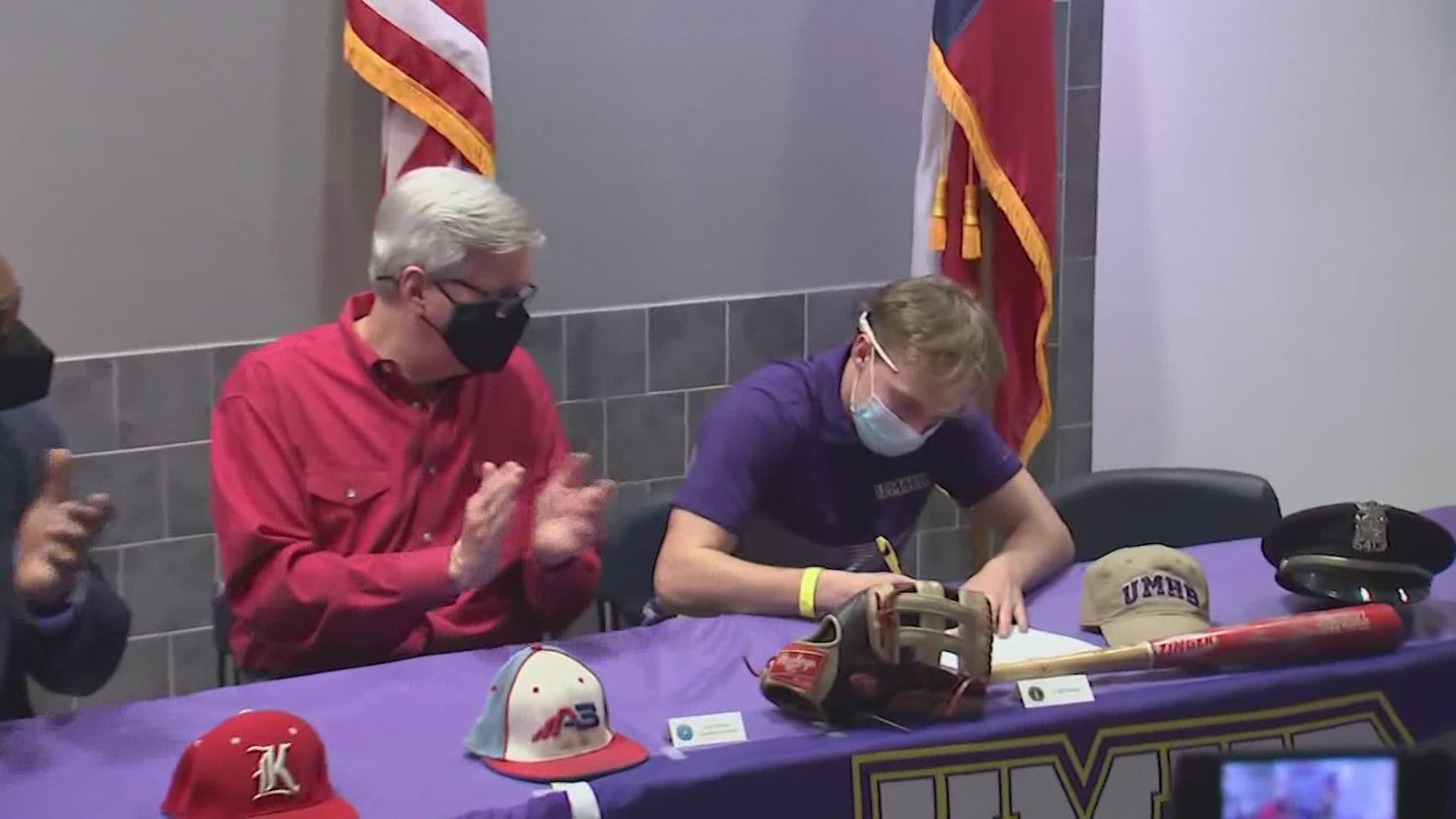 HOUSTON — There was a huge show of support Wednesday, National Signing Day, for the son of a fallen Houston police officer.

Tyler Martin was only 11 years old when his dad was killed in the line of duty in 2015. Officer Richard Martin was putting out spike strips to stop a suspect during a chase when the driver hit and killed him.

Since then, fellow officers have rallied around the Martin family, becoming surrogate fathers to Tyler.

On Wednesday night, before an audience of police officers, Tyler signed his letter of intent to attend the University of Mary Hardin-Baylor in Central Texas where he'll play baseball.

Tyler’s coach says his dad will be watching him play.

"You may be playing for an audience of two, but you have a hell of a lot more fans, and I'm one of them. Thank you for the privilege to call myself your coach,” said Mike Stawski, head baseball coach for Mary Hardin-Baylor. “Now go ahead and pick up that pen and let's start the next chapter.”

In a letter he read at his father's funeral, Tyler had these words for his dad: “I will make good grades and work hard for you. I will be a good kid and adult. I will follow my dreams and follow in your footsteps as a police officer." 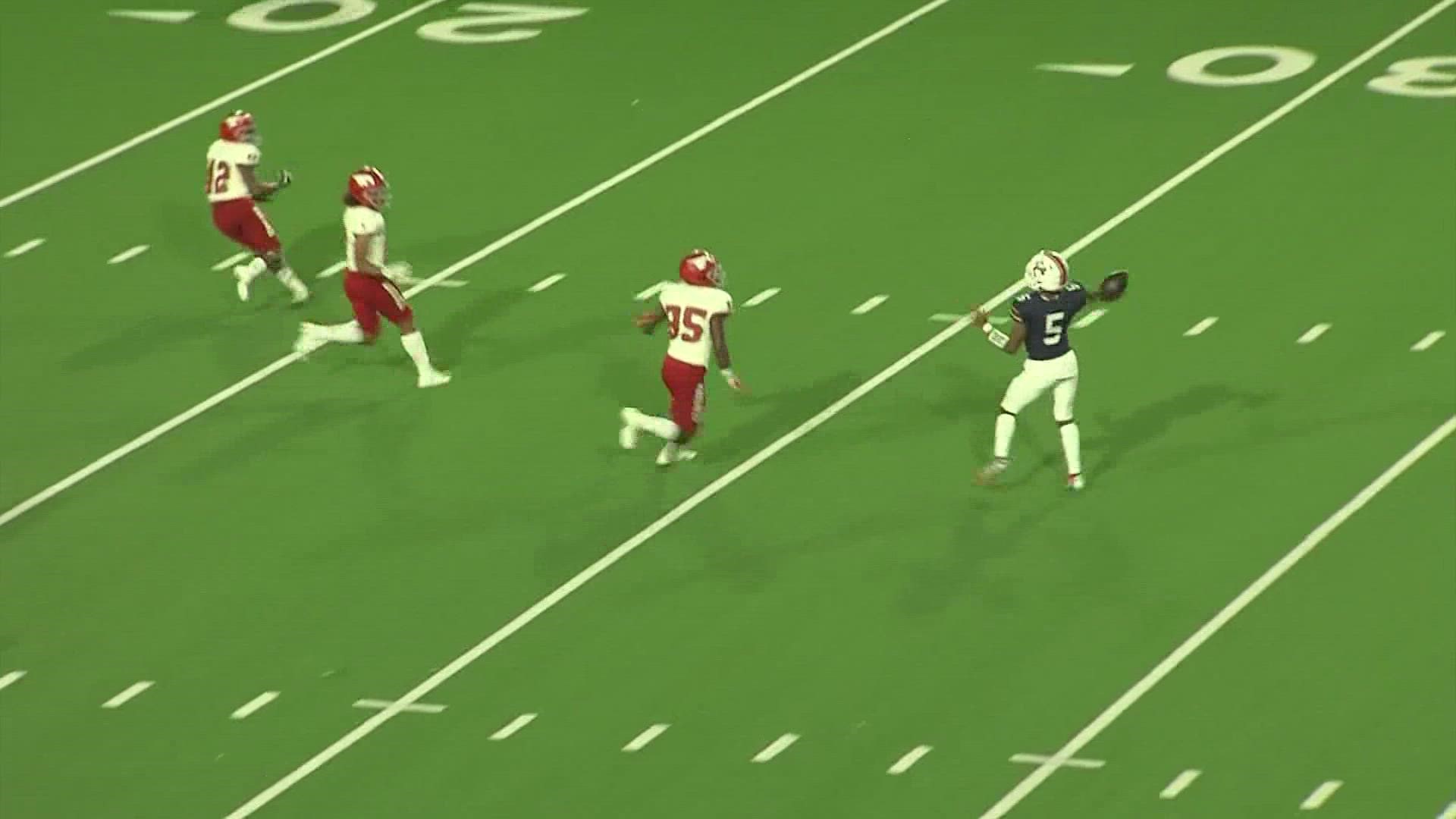