VERIFY: No, Wisconsin did not report more votes than people who are registered to vote

There were several hundred thousand additional registered voters than votes in Wisconsin. 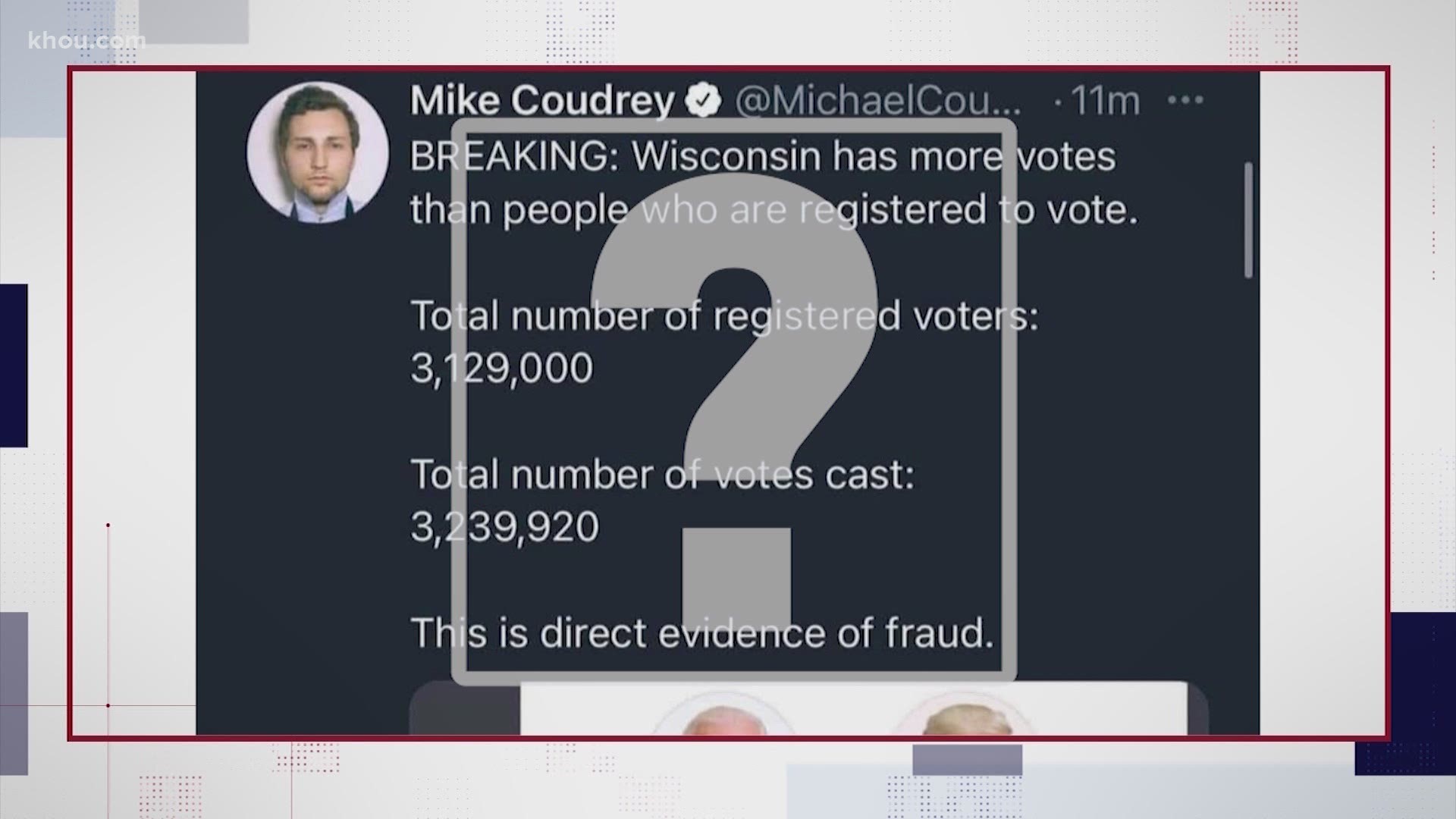 A viral claim, Wednesday, stated that “Wisconsin has more votes than people who are registered to vote.”

It claimed that only 3,129,000 voters were registered in Wisconsin and that 3,239,920 ballots had already been counted. As we’ll explain below, these numbers and the claim are wrong.

Did Wisconsin count more votes than people who are registered to vote?

No, this claim is FALSE.

Wisconsin’s vote count has not passed the number of registered voters.

Wisconsin Elections Commission data show that there were 3,684,726 registered voters in Wisconsin as of November 1. That’s higher than the roughly 3.2 million reported votes.

And, since Wisconsin allows voters to register on Election Day, it’s likely the registered number is higher than it was on Monday.

The claim was likely based on outdated information.

A quick search of Wisconsin Elections Commission data shows that the state currently has 3,684,726 registered voters. That’s about 500,000 more than the claim shows and definitely higher than the current votes totaled in the state.

The Wisconsin Elections Commission addressed the claim directly. They broke down the number of registered voters on November 1 before saying, "there are never more ballots than registered voters."

There are never more ballots than registered voters.

While the voter registration data is recent, it is actually possible Wisconsin’s vote tally will pass it before the election is done. But that doesn’t automatically mean anything strange. Wisconsin actually allows voters to register on Election Day and it’s likely the total number of registered voters is now higher than it was on Monday.

RELATED: VERIFY: Votes don’t have to be counted by end of Election Day

RELATED: VERIFY: Why we vote, despite the Electoral College's role in determining the president