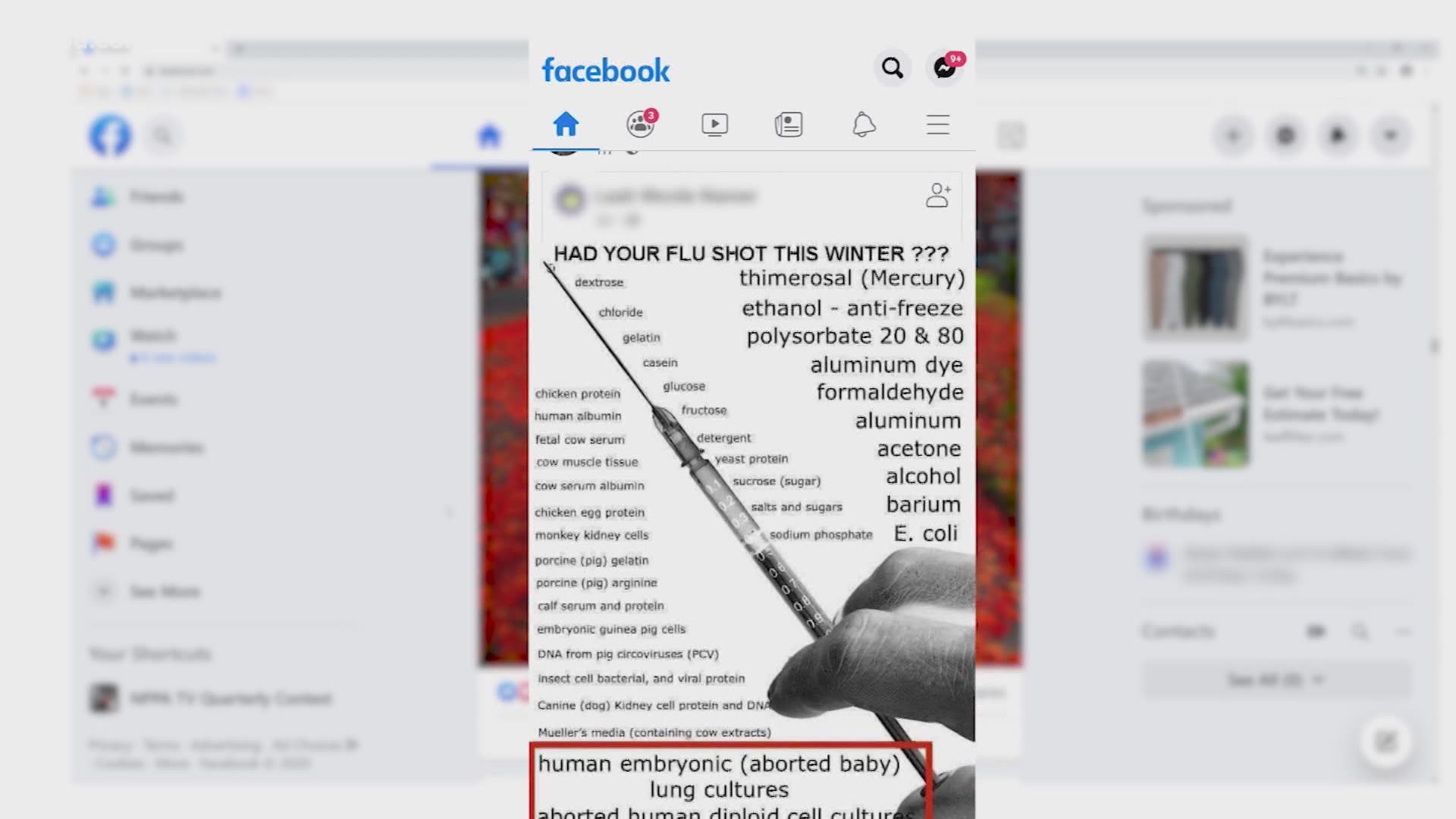 HOUSTON — Medical experts are urging people to get the flu shot this year to help keep hospital beds free for COVID-19 patients. But there is a post going around social media claiming the vaccine contains animal cells and other ingredients that could be dangerous.

The Facebook post makes some big claims about the ingredients used to create a flu shot. It says that it includes “aluminum, acetone, monkey and dog kidney cell proteins, and aborted baby lung cultures,” to name a few.

Carolyn wrote the VERIFY team, “I find it hard to believe, but worrisome if true. Please verify.”

We have two sources for this: Catherine Troisi, Ph.D, an infectious disease epidemiologist with the UTHealth School of Public Health, and the CDC.

“There is some truth to what this infographic says are in vaccines, but it's very misleading, and some of the information just isn't true,” Troisi said.

The CDC has published on its website the ingredients used in various forms of the vaccine. Some include egg protein, formaldehyde and yes, animal cells as a host for growing flu viruses.

It is nothing new. Troisi said the cell-based line was developed over 30 years ago.

Troisi adds monkey kidney cells are used to grow viruses used in other vaccines, but not for influenza. So that part of the claim is false.

As for the claim that aborted baby cultures are used in the creation of the flu vaccine, Troisi said that is also false.

“There are others, for example, measles that are grown using these lung cells that were taken from a fetus. But that, again, that happened 30 years ago,” Troisi said.

Troisi said they were never used to create an influenza vaccine.

While the Facebook post looks scary, the CDC and other medical experts recommend the flu vaccine and they say it is safe.

The post has been removed from Facebook. The platform announced this week that it will ban ads that discourage vaccinations and that it plans to run an information campaign to encourage people to get their flu shots.