VERIFY: Chick-fil-A is not opening on Sunday for 'Blacks only'

Chick-fil-A has always been closed on Sundays, and despite viral social post, that's not changing. 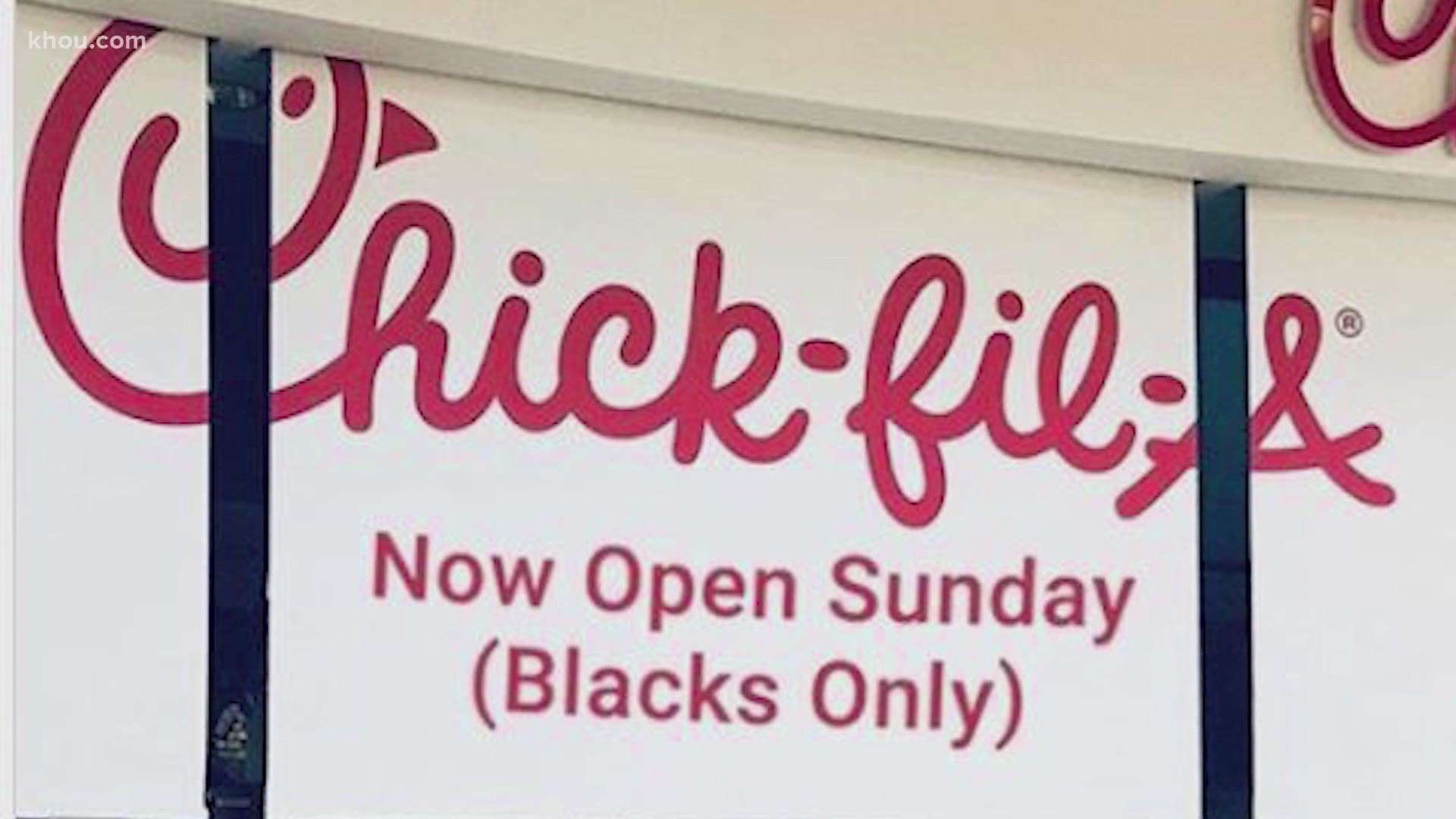 HOUSTON — There’s a post spreading on social media claiming the fast-food chain Chick-fil-A, which is famously closed on Sundays, plans to extend its hours on that day to just Black people.

Someone saw it and asked the VERIFY team to find out.

The post that is going around Instagram includes a gigantic sign on a storefront window advertising, “Chick-Fil-A [sic], now open Sunday” and in parenthesis “blacks [sic] only.”

The post caption reads, in part, “CEO Dan Cathy has announced that his fast-food restaurant will be ending its long-standing policy on Sunday closure … to provide blacks with a safe space so that they can be properly honored.”

Linda contacted the VERIFY team to find out if it’s true.

Our source for this is Chick-fil-A.

The global chain took to Twitter in June to share its thoughts following the killing of George Floyd. Their message reads, in part, “Our hearts are breaking, for our Black team members and all those in the Black community suffering because of racism. We know we have a role in moving all of us forward.”

The company also posted about its $5 million contribution in grants to nonprofits that serve black communities.

But is opening the restaurant on Sundays part of the plan?

A spokesperson for Chick-Fil-A wrote the VERIFY team, “We can confirm this post is not legitimate.”

So, we can VERIFY Chick-Fil-A does not plan on serving anyone on Sundays.

Do you have something you'd like Verified? Send it to our VERIFY team and we'll look into it!