The bill moved favorably through the Texas legislature. Abbott refers to it as, “The strongest second amendment legislation in Texas history.” 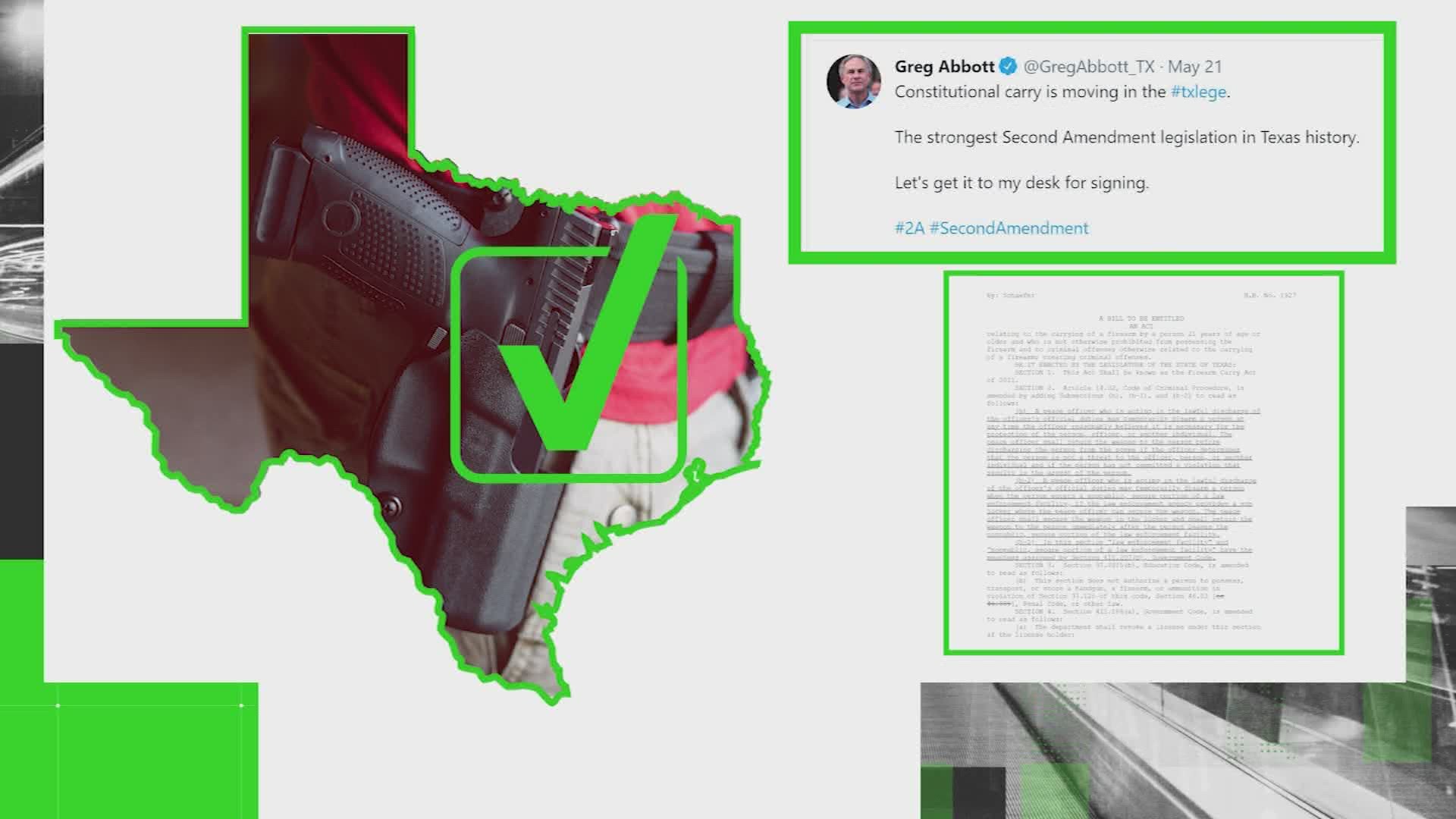 HOUSTON — Is Gov. Greg Abbott really going to sign a bill that allows people with no training to carry guns in Texas?

It's a question many people have asked the VERIFY Team after a bill that would allow Texans to carry in public without a permit passed through the legislature.

RELATED: Texans could carry handguns without a permit under bill headed to Gov. Greg Abbott's desk

The bill known as “constitutional carry” has moved favorably through the Texas legislature. Abbott refers to it as, “The strongest second amendment legislation in Texas history.”

Kai asked the VERIFY Team: “Is Greg Abbott really going to sign a bill into law which allows guns to be purchased without training, without a waiting period and without a background check?”

Under current state law, Texans need a state-issued license to carry a handgun outside their homes and vehicles. It requires applicants to submit fingerprints, complete four to six hours of training, pass a written exam and a shooting proficiency test.

H.B. 1927 gets rid of the license requirement and allows eligible Texans 21 years and older to tote a gun as long as it’s in a holster. But there are still some places where guns are off-limits. They include schools, polling places, bars, hospitals, nursing homes, sporting events, courts and the secure sections of airports. Business owners can ban people from bringing guns into their stores.

Also, if you are intoxicated, you cannot carry a handgun.

So, we can VERIFY that while the Governor has not yet signed H.B. 1927 into law, he has publicly announced, he has every intention of doing so.

The law is set to take effect on Sept. 1, 2021. People who still want to get a license to carry, can. It is important to keep in mind, the license is recognized in several other states that require a permit to carry. So, it could come in handy when you travel.