VERIFY: Yes, Texas lawmakers in the House can be arrested for not showing up, preventing a quorum

However, if the Texas Rangers are tapped to make these arrests, their jurisdiction ends at the Texas border. 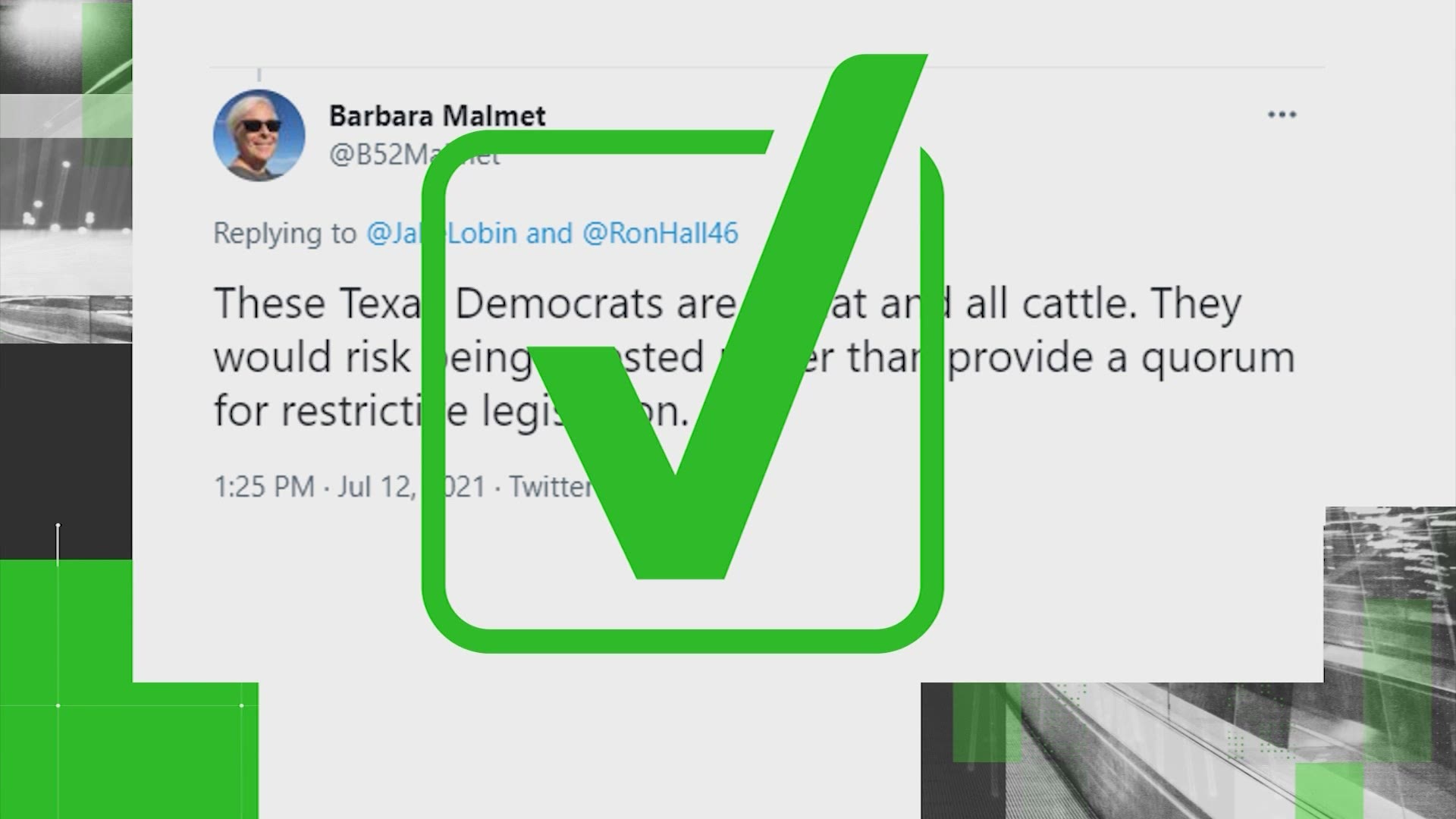 HOUSTON — You may have seen in some of the coverage of the Texas Democrats leaving the Lone Star State claiming that they could be arrested. So is it true?

Our VERIFY team did some digging.

First up, our sources – we went straight to the Texas House Rules for the 87th Legislature. It’s pretty dry reading, but here’s what it says:

So yes, we can VERIFY, Texas lawmakers in the House can be arrested for not showing up and preventing a quorum.

Now for some context. If the Texas Rangers are tapped to make these arrests, as they have been in the past, their jurisdiction ends at the Texas border.

According to the famed agency’s website, they often work with law enforcement in other jurisdictions, but in a politically sensitive situation like this, getting interagency cooperation could be tough.