Be careful what you share, like, or tweet because your social media accounts could be monitored by the federal government. That is, if you immigrated to the United States. 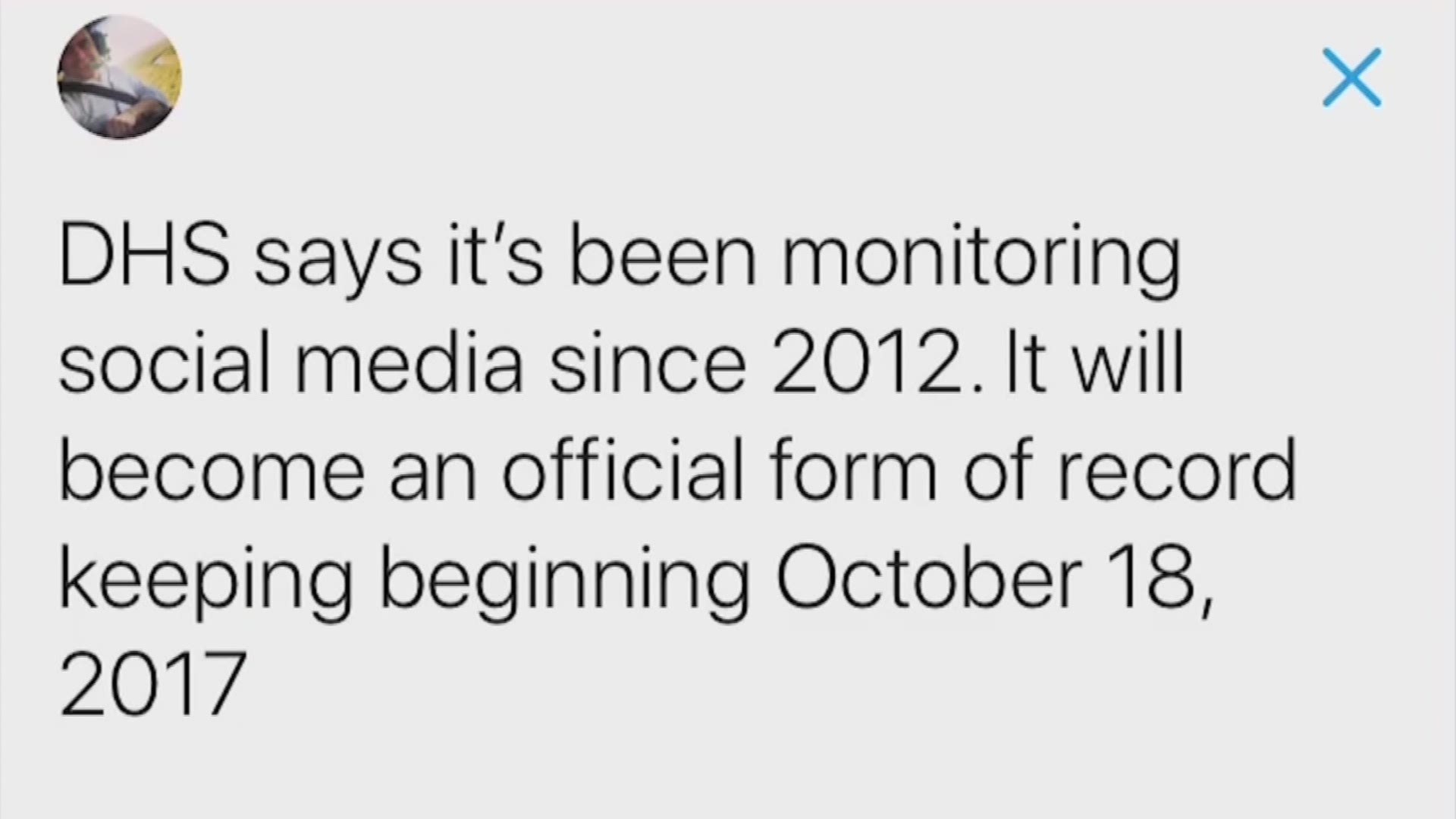 Be careful what you share, like, or tweet because your social media accounts could be monitored by the federal government. That is, if you immigrated to the United States.

Any post on the internet can be used against you. If you’re a foreigner applying for a visa, residency, or to become a naturalized citizen, you could land on the government’s radar.

The Department of Homeland Security says that this is not new. The agency has been monitoring social media since 2012. It will become an official form of record-keeping beginning on October 18. The plan is to identify information on the web that poses any potential threats.

DHS made the announcement in the Federal Register, where it stated that it will track and record aliases, social media handles, and anything that’s open source and public information.

“If you have political opinions that are contrary to the current government, can you post them without worrying if that will jeopardize your eligibility or whether they approve you for certain immigration benefits or even admission into the country?” Olivares questioned.

What was most surprising to Olivares is that green card holders and naturalized citizens will also have their social media information collected and stored in their permanent immigration file.

DHS said in a statement that this collection of data will continue with all immigrant groups and will stop such monitoring once a person becomes a citizen.

For those looking to apply, are in process of applying, or currently have immigrant status, you should be mindful of what you put out on the world wide web, Olivares cautioned.

“The easy and safe thing to do is to close down all your social media accounts,” he said. “I suspect most people are not going to want to do that. So the next-best thing is to be careful what you post on there. information about your family, children, relatives, etc.”

For the next 15 days, DHS will be taking input from the public. You can submit comments on the notice by following this link to the Federal Register.