Inside Texas Politics: Dallas ISD superintendent 75% sure students will physically return to school in August

The final decision about the start of fall term for Texas schools is expected to come in June, Superintendent Michael Hinojosa said. 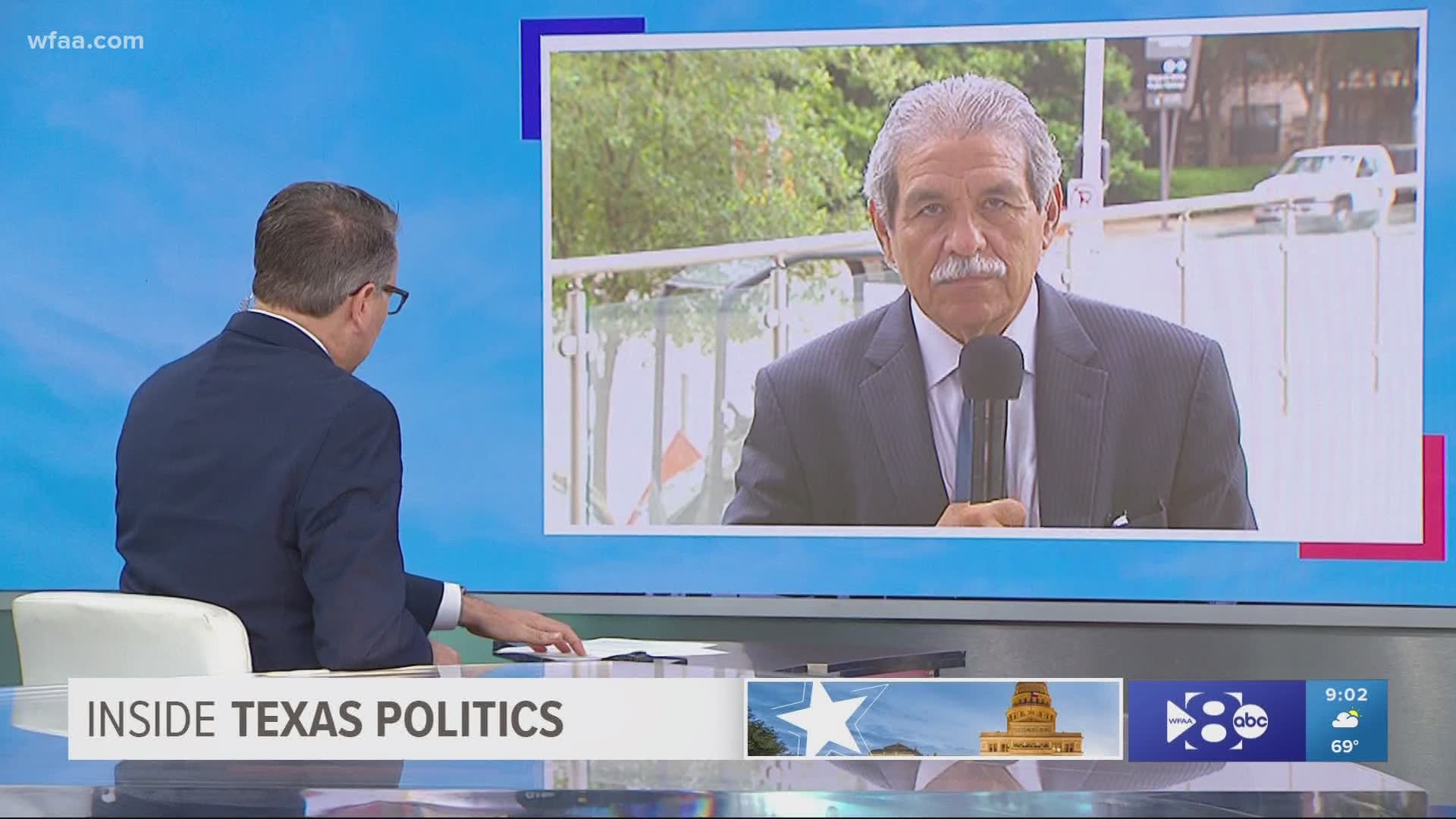 The superintendent of Dallas schools says he is 75% confident that students will physically go back to school in August.

The final decision of plans for the fall term is expected to come in June, Dallas Independent School District Superintendent Michael Hinojosa said.

However, even if students return to school buildings, it won’t be business as usual. And, while there will be sports, they won't necessarily happen in the fall.

Hinojosa also shed some light on whether parents who don’t want their children in school because of COVID-19 will have to send them back to classes.

Hinojosa returned to DISD to serve as superintendent in October 2015. He has 20 years of administrative experience in six public education systems. That includes two of the 25 largest school systems in the United States – DISD in Texas and the Cobb County School District in suburban Atlanta.

His career in public education, from a teacher and coach to superintendent, spans more than three decades. Hinojosa is a proud graduate of DISD and holds a doctorate in education from the University of Texas at Austin.

Watch this week's episode of Inside Texas Politics in full below:

The state's moratorium ends on evictions in 24 hours. San Antonio tried but failed to extend it locally.

Mayor Ron Nirenberg says the city is trying to figure out whether people will come to visit the Riverwalk if conventions don’t return to San Antonio for a year or more.

Last week, Johnson revealed that only 2% of people in the county have gotten a COVID-19 test. And 98% don’t know if they currently have or have already had the virus.

The low number of testing raises the question as to how the county can effectively respond to the virus without having enough data.

Ross Ramsey with the Texas Tribune joined Jason Whitely to discuss how party lines have figured into the state's response to coronavirus, plus what's happening to patients who believe their treatment will be free but then later get a bill.

Back in March when shelter-in-place really began to slow the spread of the novel coronavirus, Gov. Greg Abbott, a Republican, let county judges take the lead. Most of the large counties are run by Democrats. At the time, there were isolated areas that had growing cases.

However, over the last couple of months, the governor has asserted authority throughout the state. And Attorney General Ken Paxton, also a Republican, sent a letter to local authorities questioning the counties’ efforts to stop the spread of the virus.

Are these skirmishes over COVID-19 restrictions the latest in the familiar partisan battles for local control?

Plus, the pair talk about a story The Texas Tribune produced on Texans who've asked for "free" coronavirus tests -- and have ended up with expensive medical bills.

Jason, Ross and Bud Kennedy with the Fort-Worth Star-Telegram are joined by WFAA political producer Berna Dean Steptoe to take on two topics in Texas politics.

1. On Monday, Gov. Greg Abbott is expected to announce the opening of more businesses and — maybe — to allow already-open businesses to admit more customers. Will bar owners, who are pushing hard to reopen, be included in this next phase of reopening businesses?

2. Texans wearing masks have suddenly become partisan, with two-thirds of Democrats wearing masks and while half of Republicans are doing the same. With a Republican president and governor running all this -- why is this partisan?

More from Inside Texas Politics: