Election officials are confident the adjusted system will be faster than the one used in November 2019, when it took nearly 12 hours to get results. 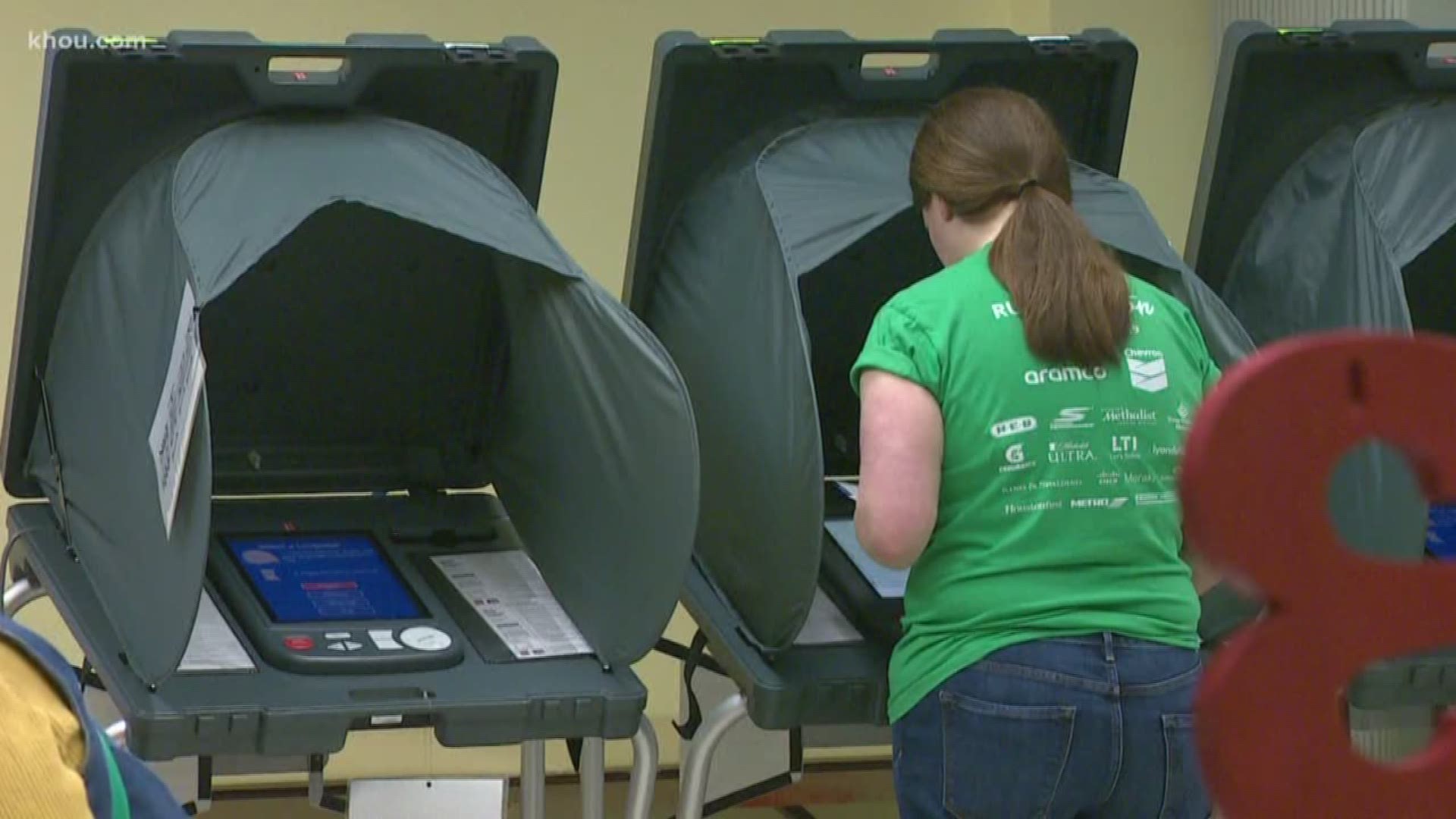 HARRIS COUNTY, Texas — Harris County election officials are changing how they tally votes on Super Tuesday in order to speed up returns.

They said they’re confident the adjusted system will be faster than the one used in November 2019, when it took nearly 12 hours to get results from municipal elections.

County election officials blamed the Texas Secretary of State for unexpectedly changing the rules at the last minute, though the state agency’s Director of Elections disputed the claim.

In November 2019, election judges had to drive mobile ballot box cards from all 757 polling sites spread across the county to one spot downtown.

On Super Tuesday, the Republican and Democrat election judge at each of the 401 vote centers will each drive their own results to four drop-off locations.

Those sites are in the Spring Branch, Cypress, Fifth Ward and Greenspoint areas.

Law enforcement officers will then take the cards the rest of the way to a new central counting site, the Harris County’s Election Technology Center in Spring Branch.

None of the information will be transmitted remotely. Instead, officers will be instructed to try to bring in cards every 30 minutes. County leaders hope that’ll lead to updated results every 45 minutes to one hour.

Michael Winn, Harris County’s Director of Elections, said Feb. 27, if judges deliver the mobile ballot box cards as soon as possible to the four drop-off sites, he’s hopeful the county can have full results by 1 a.m.

Stephen Chang, Director of Communications for the Texas Secretary of State’s Office, told KHOU in an email Monday, “I can confirm that our office has been in, and remains in regular contact with Harris County elections officials. In reviewing their election night reporting plan, we believe it to be consistent with state law as well as our procedures.”

Dr. Diane Trautman, the Harris County Clerk, said her office sent a memo to local party chairs asking them to get results in as soon as possible. She said Democrats agreed to do so.

Paul Simpson, Chair for the Harris County Republican Party, said because their judges run precinct conventions on Election Night after polls close, it could take about an hour before they can turn in their ballot boxes.

Heavy turnout could also slow down results. As long as registered voters are in line by 7 p.m. on Election Day, they will be allowed to vote.

A spokesperson for the Harris County Clerk’s office told KHOU Monday afternoon they did not have a turnout prediction for Election Day.

The 2020 primaries will mark the first in Harris County that Republicans and Democrats will hold their contests under the same roof. It’s also the county’s first primary where registered voters can cast their ballot at any of the vote centers on Election Day, rather than being limited to their precinct.

RELATED: Why are some Texans having trouble with voting machines? This is 2002 technology in 2018.