People kept vigil in front of Cup Foods all through Sunday night into Monday morning. 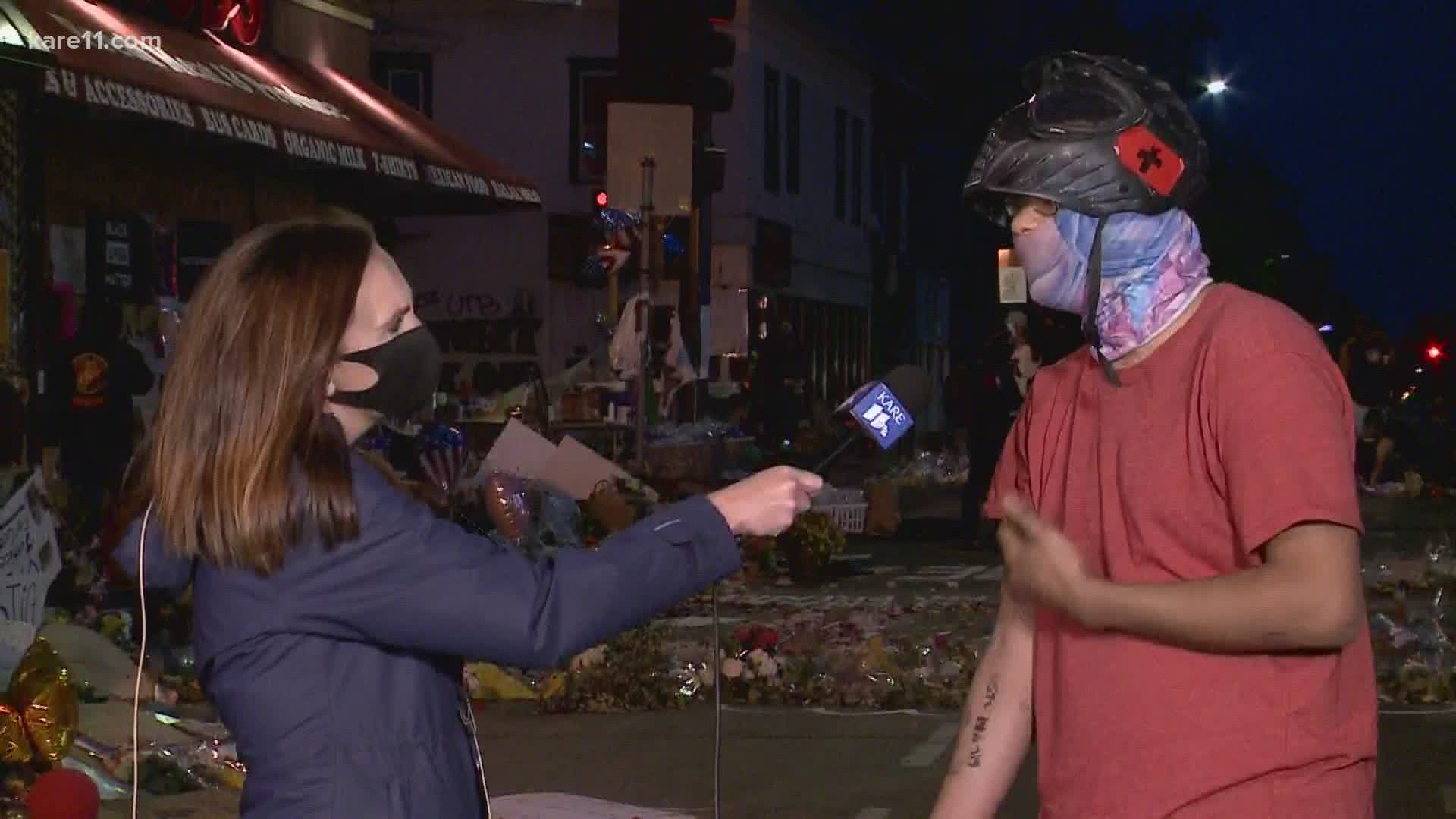 MINNEAPOLIS — 38th and Chicago in South Minneapolis is now being called a sacred space.

People from near and far stopped by Worldwide Outreach for Christ on Sunday to pay their respects to George Floyd.

Even into Monday morning, people were gathered around a growing memorial in the street.

Gathered peacefully in front of his congregation across from the Cup Food store Sunday afternoon, Pastor Curtis Farrar said he wanted to send a message of hope, peace and change.

"I'm seeing that people are responding in a positive way. I've never seen so many people come together on this corner. I've been here 38 years and I can see the peace, and camaraderie and everyone's helping one another," Farrar said.

Some people visited the memorial for the first time over the weekend, others had been there multiple times. Andrea King, who was there for a fourth time, held a sign with a number of names including George Floyd, Philando Castile and Ahmaud Arbery.

"Sad and it's just not a one time incident with George and it just needs to stop," said King.

Sunday was the first outdoor service at Worldwide Outreach for Christ.

"Having it outside is needed for peace to the community for what has happened to try and bring everybody together," said Leanna Williams from Vadnais Heights.

It did bring people together.

Pastor Curtis Farrar hoped to send a message to the folks listening.

"Hope and peace and of course change that has to come from god," said Farrar.