'When they visit, they will stay': NASA plans to send astronauts to the moon and keep them there

Jim Bridenstine said astronauts will be on the Moon in the next 10 years and when they visit, they will stay. 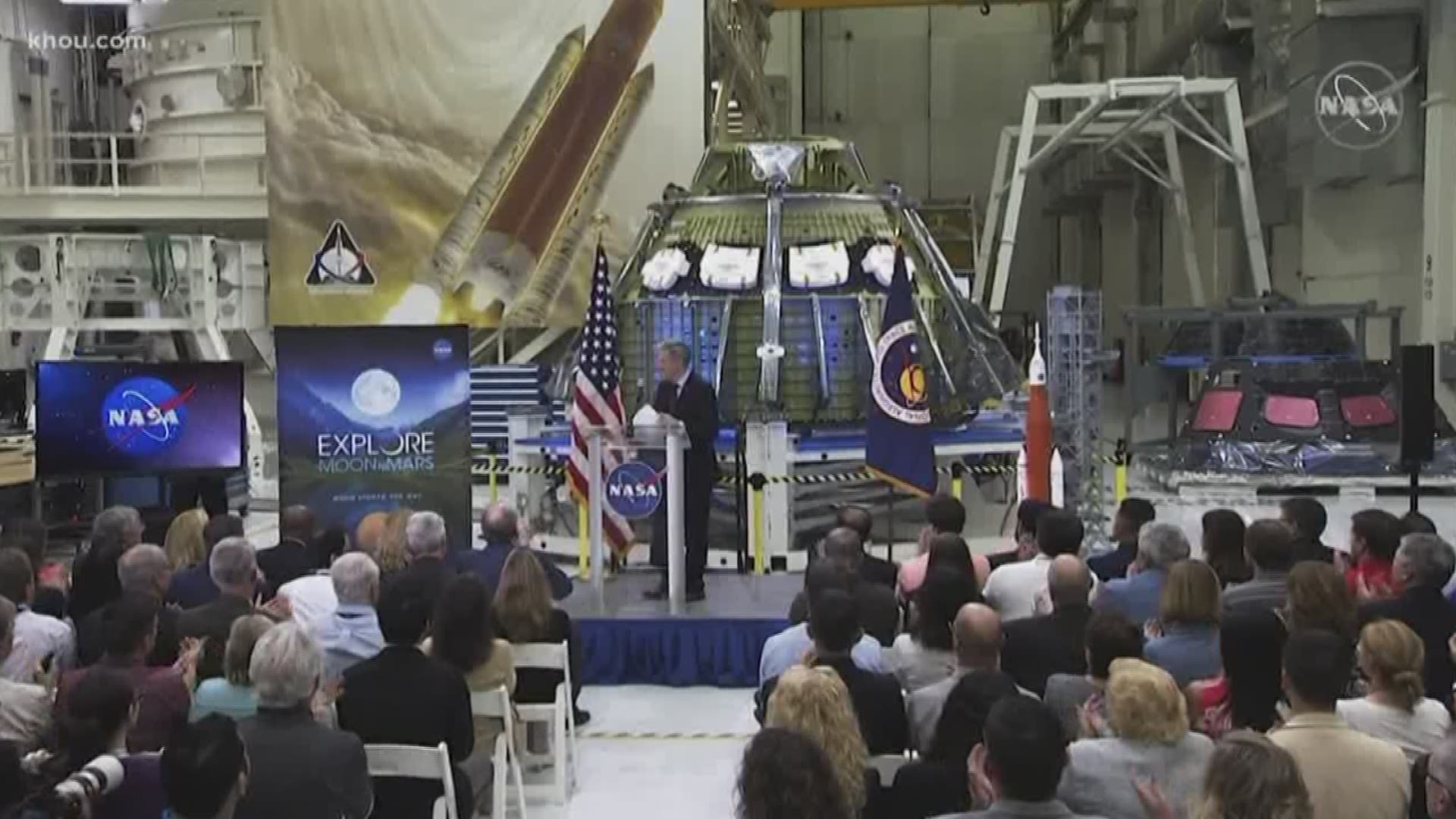 In a statement, Administrator Jim Bridenstine spoke about NASA's budget and their mission to send more astronauts to the moon and eventually to Mars.

“President Trump’s fiscal year 2020 NASA budget is one of the strongest on record for our storied agency,” Jim Bridenstine said. “At $21 billion, this budget represents a nearly 6 percent increase over last year’s request and comes at a time of constrained resources across the federal government.”

Bridenstine focused his live address on NASA TV around a sustainable return to the moon and later missions to Mars.

“It’s about having a sustainable human presence on and around the moon,” Bridenstine said. “In order to achieve that objective we need a permanent command and service module in orbit around the moon, we call it gateway.”

Orion development is also fully funded.The spacecraft’s mission control is housed in Houston and is scheduled to carry humans around the moon. However, the Space Launch System (SLS) rocket which will carry Orion has received budget and development setbacks. SLS is schedule to propel Orion around the moon in 2022.