Flynn, former national security adviser, is the second Trump associate convicted in the Russia probe to be granted clemency by the president, along with Roger Stone. 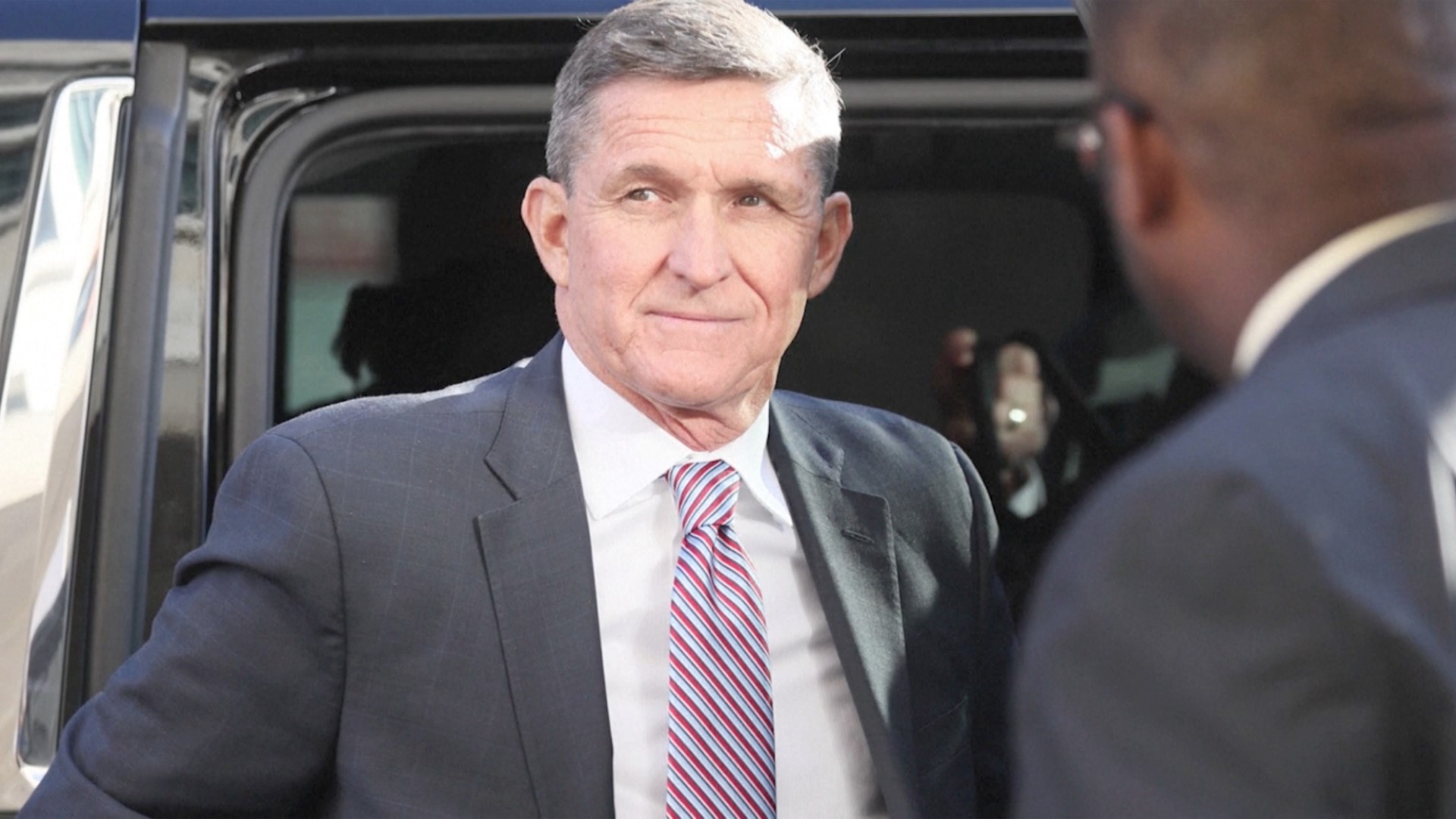 WASHINGTON — President Donald Trump pardoned his former national security adviser Michael Flynn, ending a yearslong prosecution in the Russia investigation that saw Flynn twice plead guilty to lying to the FBI and then reverse himself before the Department of Justice stepped in to dismiss his case.

“It is my Great Honor to announce that General Michael T. Flynn has been granted a Full Pardon," Trump tweeted. “Congratulations to @GenFlynn and his wonderful family, I know you will now have a truly fantastic Thanksgiving!”

The pardon, coming in the waning weeks of Trump's single term, is part of a broader effort by the president to undo the results of a Russia investigation that shadowed his administration and yielded criminal charges against a half dozen associates. It comes just months after the president commuted the sentence of another associate, Roger Stone, days before he was to report to prison.

A Justice Department official said the department was not consulted on the pardon and learned Wednesday of the plan. But the official, who spoke on condition on anonymity to discuss internal deliberations, noted that the president has the legal power to pardon Flynn.

It is my Great Honor to announce that General Michael T. Flynn has been granted a Full Pardon. Congratulations to @GenFlynn and his wonderful family, I know you will now have a truly fantastic Thanksgiving!

The move is likely to energize supporters who have taken up Flynn as a cause celebre and rallied around the retired Army lieutenant general as the victim of what they assert is an unfair prosecution, even though Flynn twice admitted guilt. Trump has repeatedly spoken warmly about Flynn, who was once praised by special counsel Robert Mueller's prosecutors as a model cooperator in their probe into ties between Russia and the 2016 Trump campaign.

Democrats lambasted the pardon, calling it undeserved and unprincipled.

The pardon of Flynn is “an act of grave corruption and a brazen abuse of power," House Speaker Nancy Pelosi said.

“The President’s enablers have constructed an elaborate narrative in which Trump and Flynn are victims and the Constitution is subject to the whims of the president," House Judiciary Committee Chair Jerry Nadler said in a statement. “Americans soundly rejected this nonsense when they voted out President Trump. ”

“Flynn pled guilty to those lies, twice. A pardon by Trump does not erase that truth, no matter how Trump and his allies try to suggest otherwise,” he said.

The pardon is the final step in a case defined by twists and turns. The most dramatic came in May when the Justice Department abruptly moved to dismiss the case, insisting that Flynn should have never been interviewed by the FBI in the first place, only to have U.S. District Justice Emmet Sullivan resist the request and appoint a former judge to argue against the federal government's position and to evaluate whether Flynn should be held in criminal contempt for perjury.

That former judge, John Gleeson, said that the Justice Department's dismissal request was an abuse of power and that its grounds for dropping the case were ever-evolving and “patently pretextual.”

As Sullivan declined to immediately dismiss the case, Flynn lawyer Sidney Powell sought to bypass the judge by asking a federal appeals court to direct him to drop the matter. A three-judge panel did exactly that, but the full court overturned that decision and sent case back to Sullivan.

At a hearing in September, Powell told the judge that she had discussed the Flynn case with Trump but also said she did not want a pardon — presumably because she wanted him to be vindicated in the courts.

Powell emerged separately in recent weeks as a public face of the Trump's efforts to overturn the results of his election loss to President-elect Joe Biden, but the Trump legal team ultimately distanced itself from her after she advanced a series of uncorroborated conspiracy claims.

Credit: AP
FILE - Then-presidential candidate Donald Trump gives a thumbs up as he speaks with retired Lt. Gen. Michael Flynn during a town hall, Tuesday, Sept. 6, 2016, in Virginia Beach, Va. President Donald Trump has pardoned Michael Flynn, taking direct aim in the final days of his administration at a Russia investigation that he has long insisted was motivated by political bias. Trump announced the pardon on Wednesday, Nov. 25, 2020 calling it his “Great Honor.” (AP Photo/Evan Vucci, file)

The pardon spares Flynn the possibility of any prison sentence, which Sullivan could potentially have imposed had he ultimately decided to reject the Justice Department's dismissal request. That request was made after a review of the case by a federal prosecutor from St. Louis who had been specially appointed by Attorney General William Barr.

At issue in the case was an FBI interview of Flynn that took place in January 2017, days after Trump was inaugurated.

Flynn acknowledged lying during that interview by saying he had not discussed with the then-Russian ambassador, Sergey Kislyak, sanctions that had just been imposed on Russia for election interference by the outgoing Obama administration. During that conversation, Flynn urged Kislyak for Russia to be “even-keeled” in response to the punitive measures, and assured him “we can have a better conversation” about relations between the two countries after Trump became president.

The conversation alarmed the FBI, which at the time was investigating whether the Trump campaign and Russia had coordinated to sway the election's outcome. In addition, White House officials were stating publicly that Flynn and Kislyak had not discussed sanctions, which the FBI knew was untrue.

But last May, the Justice Department abruptly reversed its position in the case.

It asserted the FBI had no basis to interview Flynn about Kislyak that any statements he may have made were not relevant to the FBI's broader counterintelligence probe, . It cited internal FBI notes showing that agents had planned to close out their investigation into Flynn weeks earlier.

Flynn was ousted from his position in February 2017 after news broke that he had indeed discussed sanctions with Kislyak and that former Obama administration officials had warned the White House that he could be vulnerable to blackmail.

Flynn, of Middletown, Rhode Island, was among the first of the president's aides to admit guilt in Mueller's investigation and cooperated extensively for months. He provided such extensive cooperation that prosecutors did not recommend any prison time and suggested that they would be fine with probation.

But on the morning he was to have been sentenced, after a stern rebuke about his behavior from Sullivan, Flynn asked for the hearing to be cut short so that he could continue cooperating and earn credit toward a more lenient sentence.

After that, though, he hired new attorneys — including Powell, a conservative commentator and outspoken critic of Mueller's investigation — who took a far more confrontational stance to the government.