Powerball, Mega Millions jackpots both top $400 million for only the third time

The last time both Powerball and Mega Millions had jackpots above $400 million simultaneously was back in October 2018. 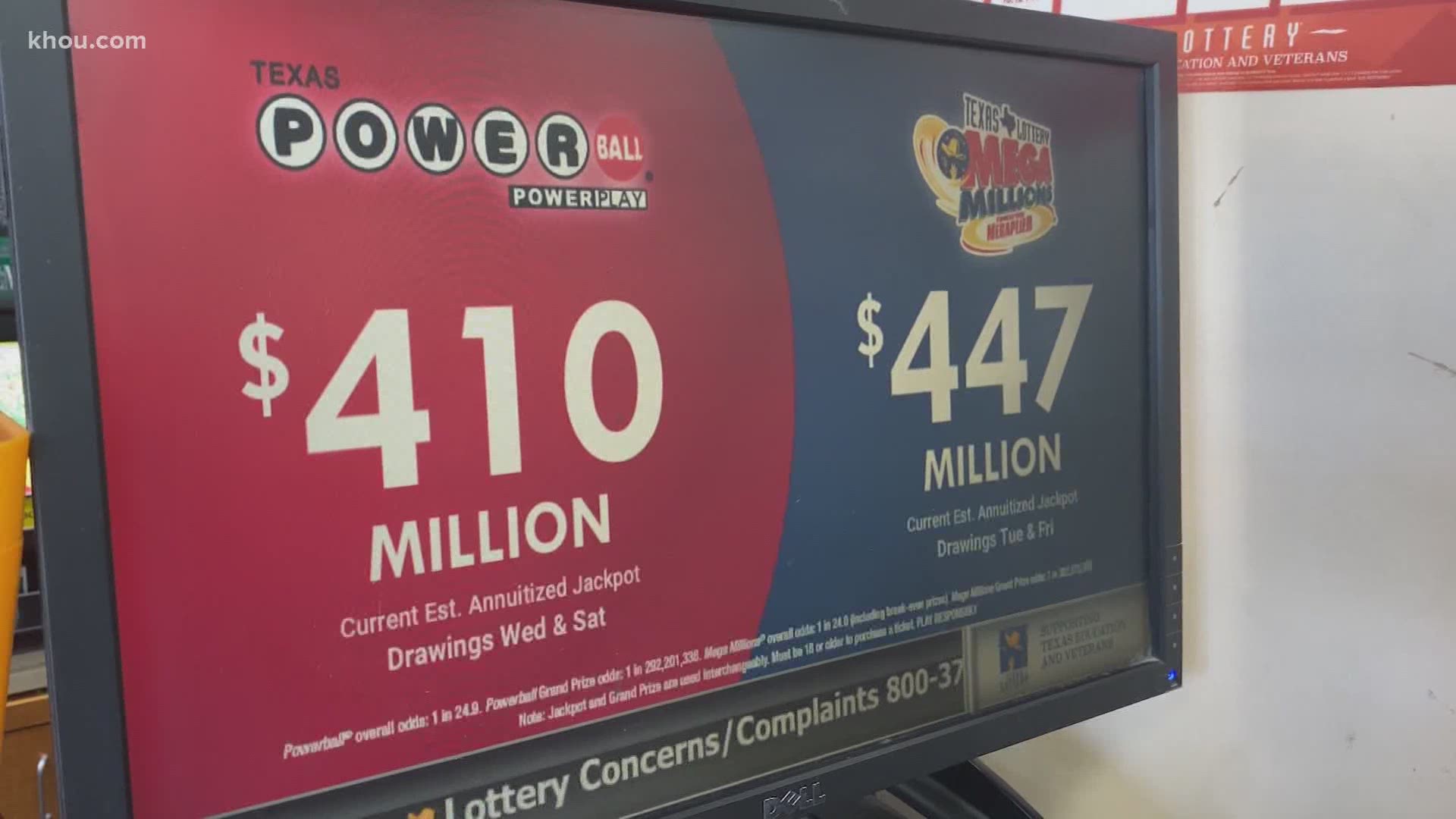 The Powerball and Mega Millions jackpots are both continuing to dazzle 2021 as they rise to astronomical numbers, with some historically large paydays now up for grabs.

It was only the third time in history, when the Powerball and Mega Millions jackpots topped $400 million at the same time, a feat not reached since Oct. 2018. But, now after Saturday's Powerball drawing has still not turned up a winner, and the same for Friday's Mega Millions drawing, the Powerball jackpot is now at $550 million, that's potentially the 9th largest top prize in the game's history.

With the Mega Millions jackpot now at $600 million, this is just the fourth time in the game's history that the jackpot has reached that milestone.

While the rush of pooling together with friends and co-workers to play, or going out for tickets on your own is fun, the odds of winning are actually not in your favor.

The odds of winning the Powerball grand prize are 1-in-292,201,338. That sounds rough, but consider this: the odds of filling out a perfect March Madness bracket are 1-in-9.2 quintillion (if you flip a coin on every game).

RELATED: VERIFY: There's only one way to increase your lottery odds and your chances are still basically zero

So overall, you have pretty low odds of winning either jackpot. In fact, here are three things that are much more likely to happen compared to the slim chances of winning the lottery.

As you can see, it's fairly unlikely that any of those things will happen to you, but it's massively more unlikely that you can win one or both of the jackpots.