'You Matter!': Friendswood elementary students on mission to spread kindness 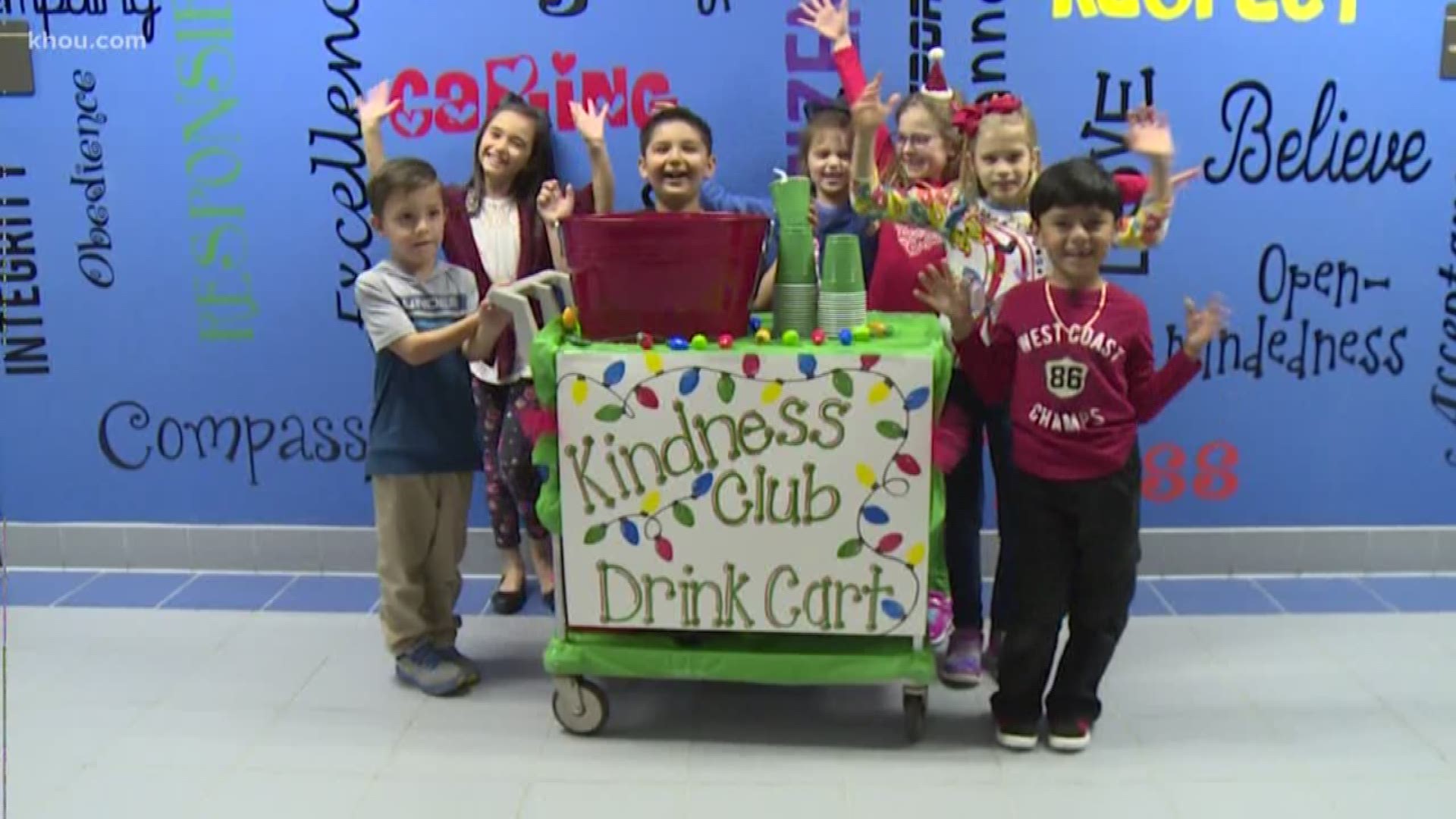 FRIENDSWOOD, Texas – First- and second-graders at Landolt Elementary, in Friendswood, are wrapping up their first semester in the Kindness Club.

So many kids wanted to join this club, that they've added a second one for next semester.

1 / 21
Students in the Kindness Club at Landolt Elementary, in Friendswood, meet and decide where to spread kindness and how. Sometimes they do something special for classmates or teachers, and other times share with the community.

"We’re equipping these kids with a desire, ideas," said teacher Rachel Willard who started the club with teacher Bella Marks in late October. "And leading by example," said Marks. "If they see us doing it, they want to do it too. They imitate what we're doing."

YOU MATTER!
KINDNESS IS IMPORTANT!
If kids in @ClearCreekISD can do it, so can we!

How lucky am I? Back-to-Back days of sharing a kid's perspective on #khou11. pic.twitter.com/cu0IyQwACf

The club meets once a week and decides where to spread kindness and how: sometimes they keep it in house, doing something special for classmates or teachers, and other times, the kids work on projects to share with the community.

The students used sidewalk chalk to spread messages like: You Matter! They also made placemats for a homeless shelter serving Thanksgiving meals.

The kids also put Kindness Bookmarks put in random books in the library and used “empathy bracelets” to teach kids empathy to help a friend in need/understand feelings.

The kids say it's a club you never age out of.

"Because whenever you spread kindness when you're a kid, you keep it inside you forever," Taryn told us.

"It doesn't matter if you're out. You're still in it," agreed Sebastian.