Alcohol may have also played a factor in the crash, according to Houston police. 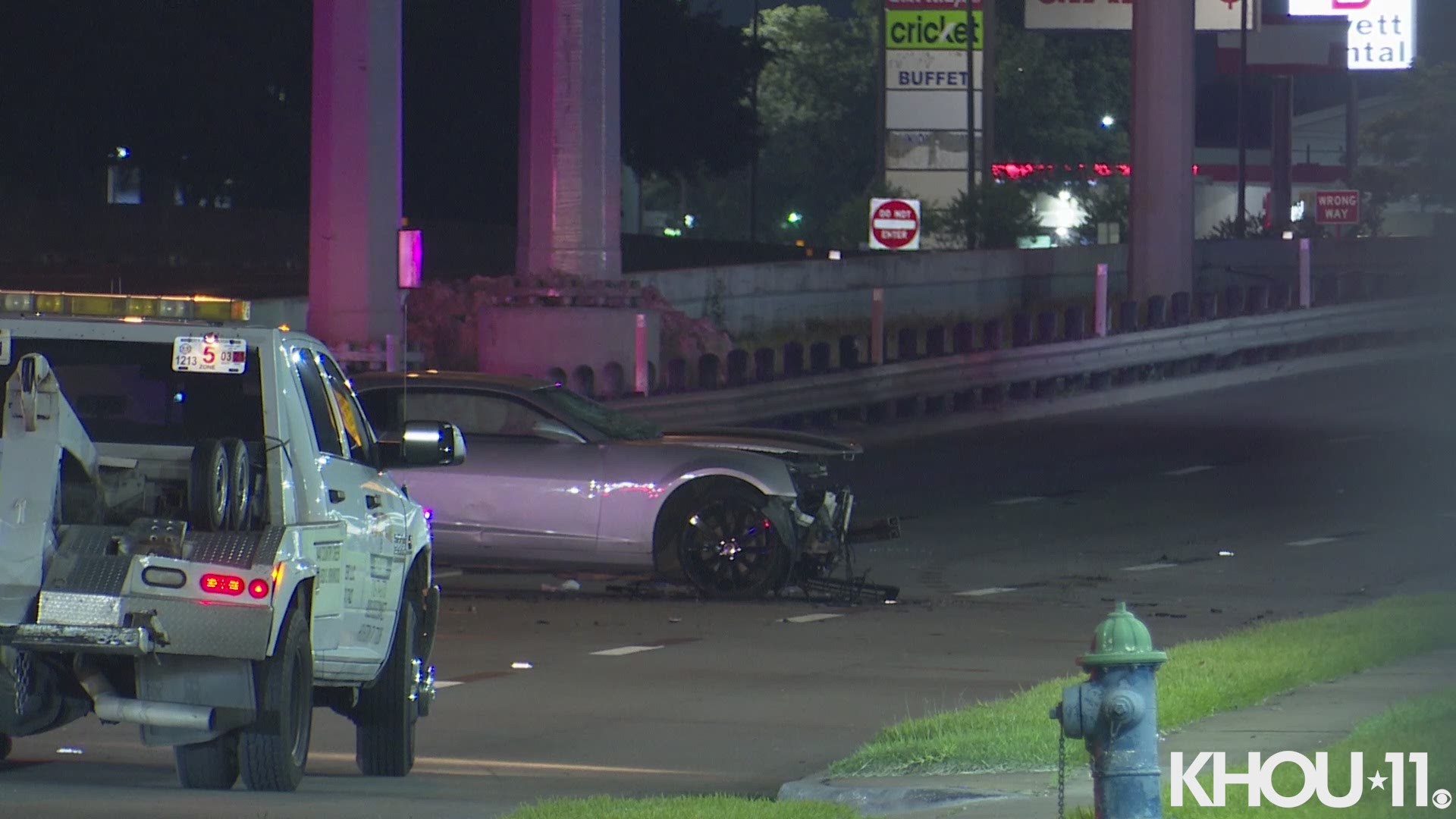 HOUSTON — Four people were injured overnight Sunday in a possible street racing crash on the Southwest Freeway near Gessner.

Houston police said two men and two women were inside a silver Camaro when the car was possibly struck by another vehicle. The impact caused the Camaro to leave the roadway and smash into construction equipment left on the side of the road.

One woman lost her arm as a result of the crash. She is expected to survive as well as the other three people who were inside the car.

The driver of the Camaro told police the group came from a bar. There was also alcohol found inside of the Camaro.

Houston police said a witness reported seeing the Camaro speed past them and the car may have possibly been racing another vehicle before the crash.

A DWI investigation is underway. The cause of the crash is also being investigated.