Vacant over a decade, the dome dodged demolition. At the same time, voters denied upgrades to the historic stadium. 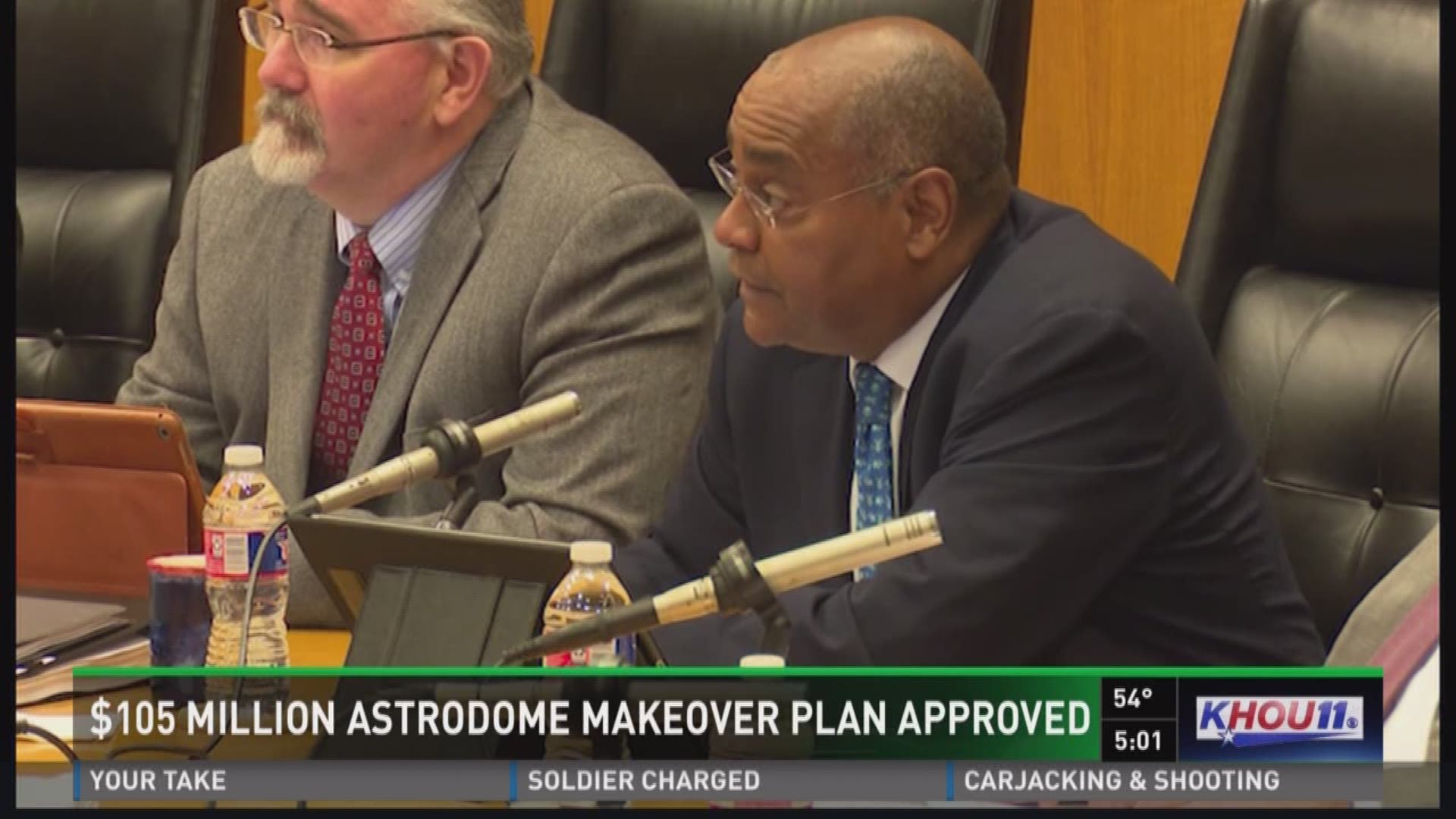 HOUSTON -- The Astrodome is making a comeback and could be open for business again by 2020 after Harris County Commissioners unanimously approved a $105 million revitalization plan on Tuesday.

The historic building has been the focus of a heated debate as it has sat vacant since 2009: blow it up or renovate? This new plan for the Astrodome continues the controversy, especially after Harvey.

Harris County Judge Ed Emmett called Tuesday morning’s vote a “routine next step" after Commissioners approved spending the first $10 million of the project on design and engineering in September 2016.

"After the engineers looked at the plan and said ‘Yes, it will work,’ then today's vote was just to keep going forward,” said Emmett.

"It's important that the dome start raising revenue that can pay for upgrades to the stadium and all of NRG Park," said Emmett.

Both the Houston Texans and the Houston Livestock Show and Rodeo released supportive statements after the vote. The Texans said, in part, they “applaud Commissioners Court for moving this plan forward and having a long-term vision for NRG Park”.

Rodeo officials wrote, in part, “with an annual attendance of 2.6 million and growing, the Show would certainly use the 300,000-plus square feet of covered exhibit space created by Harris County Commissioners Court’s Astrodome redevelopment plan.”

Astros fans KHOU spoke with at the Team Store at Minute Maid Park said they were happy to hear the news.

“Growing up in Houston, I’m as old as the Dome is,” said Michael Lombardino, a lifelong Astros fan. “That’s where I went to my first game, and I’ve been following the Astros ever since, and I’m excited to see it come back to life.”

"If they can do something with it and save it, it's pretty cool to save that history,” said Taylor Richardson, an Astros fan who says he watched a game at the Astrodome when he was younger.

However, one speaker at Tuesday’s meeting expressed concerns over environmental, noise, and safety factors. Many other residents believe that $35 million in taxpayer money would be better spent on Harvey relief and flood control.

"We have to maintain this building,” countered Emmett. “We spend millions of dollars a year maintaining buildings. Rebuilding the courthouse, for example. This is just another building.”

After the vote, State Senator Paul Bettencourt (R-Houston) criticized Commissioners and said that money could have gone towards a lower tax rate or disaster reappraisal for Harvey victims.

"This is tone deaf to the needs of taxpayers," said Senator Bettencourt, in an emailed statement. "The average taxpayer has seen their property tax bill increase by 37 percent in just four years, and tens of thousands more at still trying to rebuild after Hurricane Harvey. There has been no public vote on spending property tax money on a sports venue.”

Sen. Bettencourt also mentioned voters’ rejection of a $217 million bond package on the Dome in 2013, though Emmett pointed out that plan would have increased taxes, unlike the current plan.

Emmett says he hopes to break ground later in the year and expects construction to take 17 months. Because the Texas Historical Commission designated the Dome as a state antiquities landmark in January 2017, they must approve each step of the revitalization process.