"It's just really frustrating because when I try to do something nice, he does that to me. He didn't have to do all of that," Syrena Rodriguez said. 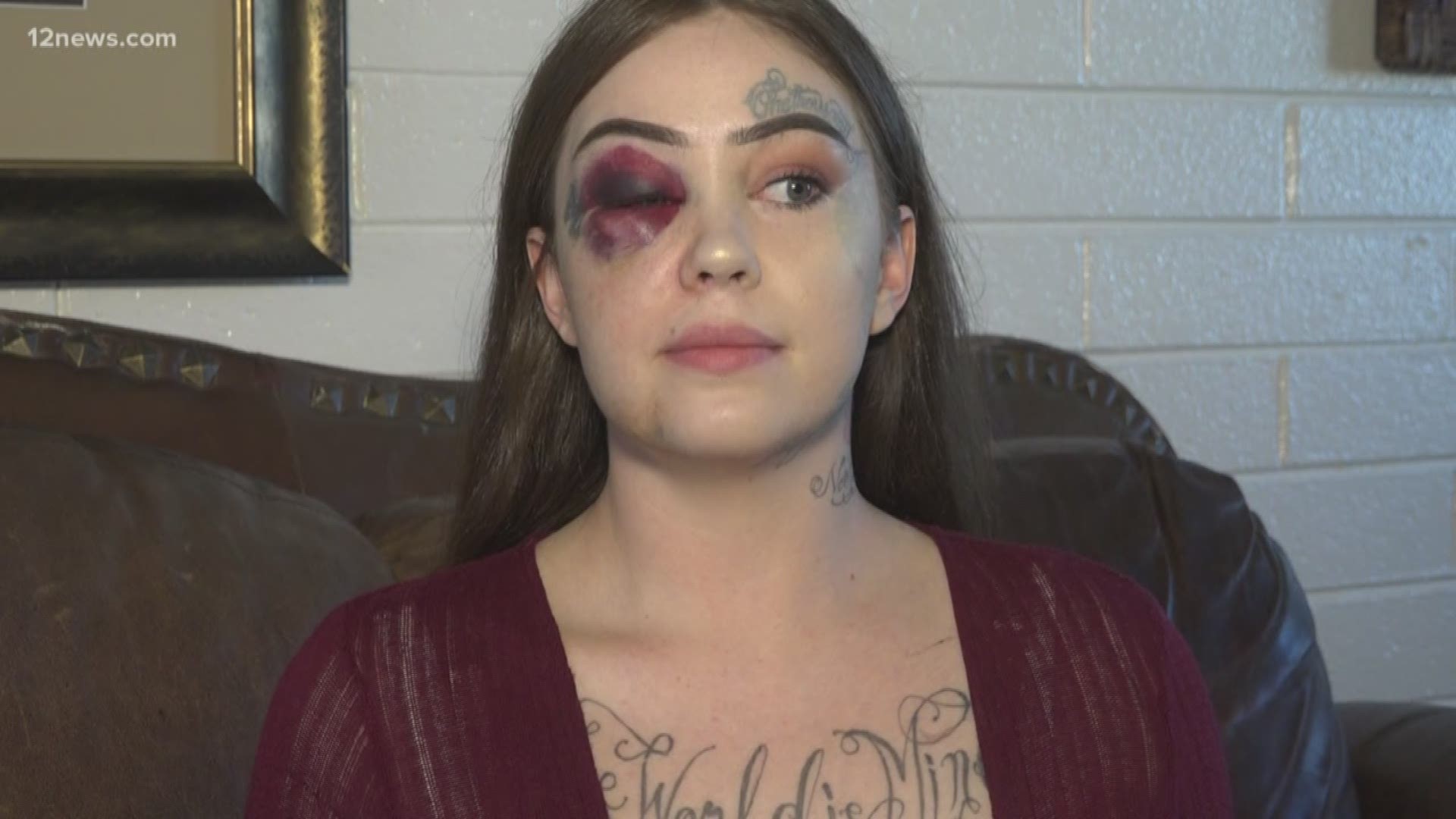 PHOENIX — A bus ride home turned violent for a Phoenix woman as she was punched multiple times and knocked unconscious.

Syrena Rodriguez spent the night in the hospital after a man punched her and knocked her unconscious after she yelled at him for threatening children. Rodriguez said she stood up to the man, telling him to grow up.

The man, identified as 48-year-old Andy Bunton, punched her multiple times. The lasting evidence still on her face with a giant black eye.

Bunton was released from prison last month after serving 11 years for aggravated assault.

"I went from standing up, feeling like I wasn't necessarily in danger, to being on the floor," Rodriguez said. "It’s just really frustrating because when I try to do something nice, he does that to me. He didn't have to do all of that."

Rodriguez said the bus driver should have acted before the punches were thrown and forced the man off the bus.

“If we are riding on your buses, your company is in charge of everyone riding that bus [and their] safety," Rodriguez said.

However, the company operating the buses, Transdev, said the driver acted correctly.

"The operator’s job in all circumstances is to protect the passengers from harm by contacting dispatch to alert authorities of a potential problem. In this instance the operator followed the correct protocol," Transdev said in a statement emailed to 12 News.

"Policy is to stay belted in your seat until the first punch is thrown your way,” Local Transit Union President Bob Bean said. "If that bus driver would have gotten out of his seat and intervened there is a very good chance they would have terminated her.”

According to Bean, drivers have three buttons which alert the authorities of issues on the bus. They are not supposed to leave their seat until a punch is thrown at them.