The family says a Lyft driver dropped him off at the wrong location Monday morning. 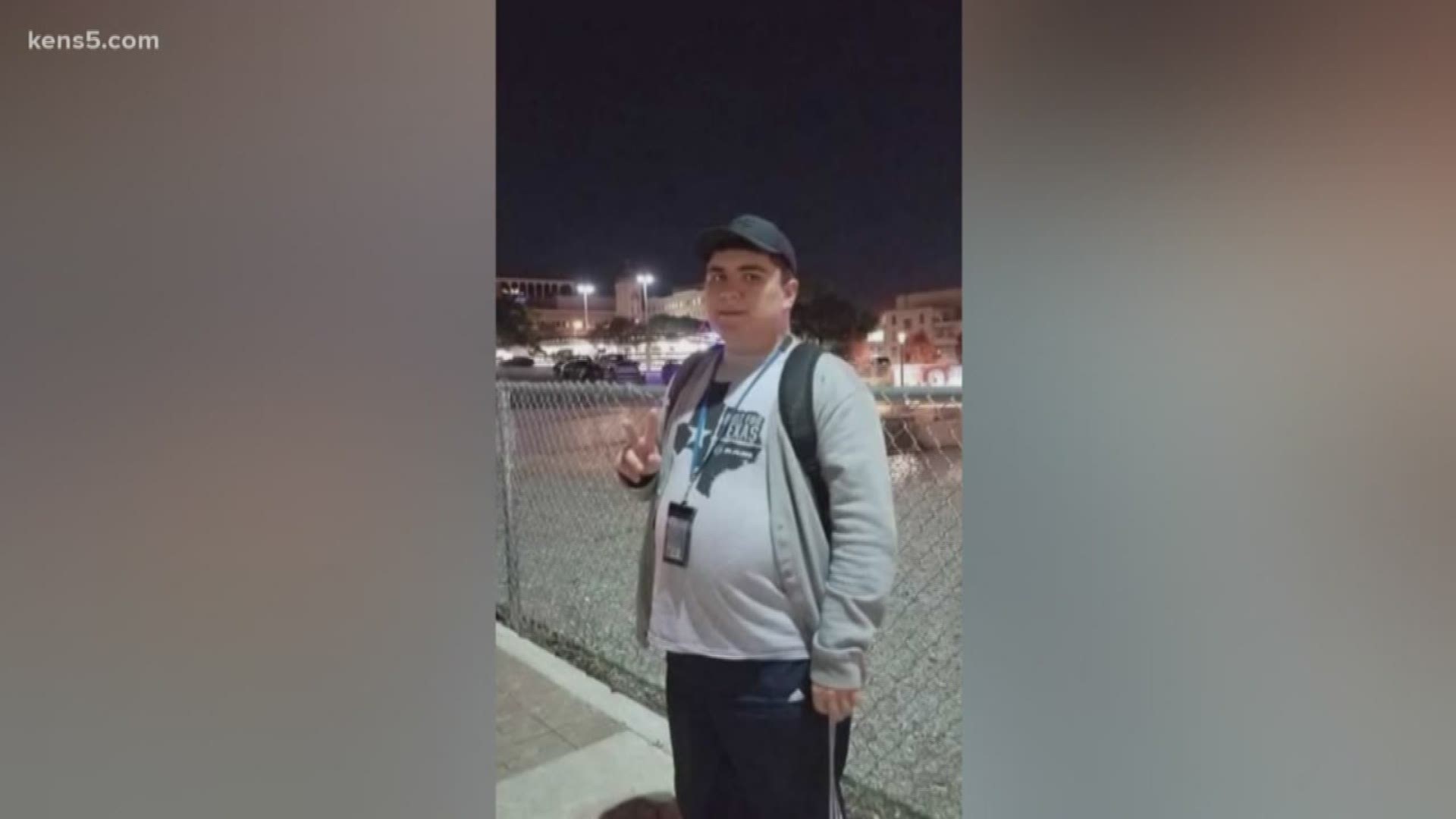 The Alcala family said a Lyft driver dropped Michael Alcala off at the wrong location. However, there was a special moment in the afternoon when Michael was found, thanks to tips from KENS 5 viewers.

Earlier on Monday, Laura Alcala was sick to her stomach.

"I can just see him just sitting and waiting for someone to come get him," she said.

In the morning, the mom ordered Michael a Lyft to go to school instead of taking a VIA bus. However, he never showed up to San Antonio Life Academy. His teacher called Alcala, and the mom looked at the Lyft ride receipt and saw Michael was dropped off at a different location nearly two miles away.

"He doesn't have any money," the mom said. "His phone is broken right now. He can get on the bus and the bus driver won't question him, because he has the pass."

After our interview in the afternoon, Alcala did a Facebook Live with KENS 5. The response was immediate, because people started messaging and calling they had spotted Michael at different locations along San Pedro Avenue from the north side all the way to downtown.

"You look at him and yes, he is an adult, but mentally, he is a child," she said.

Alcala got in a car and followed the leads. KENS 5 went along and was there for the moment she found her son about six miles from home. For nearly eight hours, he had been alone wandering around town, hopping on different buses.

Alcala is grateful to have her son safe and sound.

"So good," she said. "So happy. Thank you for all the leads. I am just glad we found him. Thank you."

Alcala also thanked the San Antonio Police Department and Michael's teachers who were out there looking for him.

VIA told KENS 5 said its employees were on the look out all day.

"VIA is assisting San Antonio Police in the search for Michael Alcala. We have distributed Mr. Alcala's image and information to all VIA operators, officers, maintenance team members, and security staff, as well as VIA Transit Police, Supervisors, and Customer Service staff at VIA Park & Rides and VIA Transit Stations. As of this afternoon, neither staff nor customers have reported seeing Mr. Alcala at a VIA facility or aboard a VIA bus. We will continue to help in any way necessary."

As for Lyft, the company said it worked with SAPD.

"We recognize how scary this must be for those who know and love Mr. Alcala and we are actively assisting law enforcement with their investigation. "

The family says the company reached out to them as well. A Lyft spokesperson said it is looking in to the issue of the drop-off.