The Board of Trustees in the district made the decision with recent school shootings in mind. 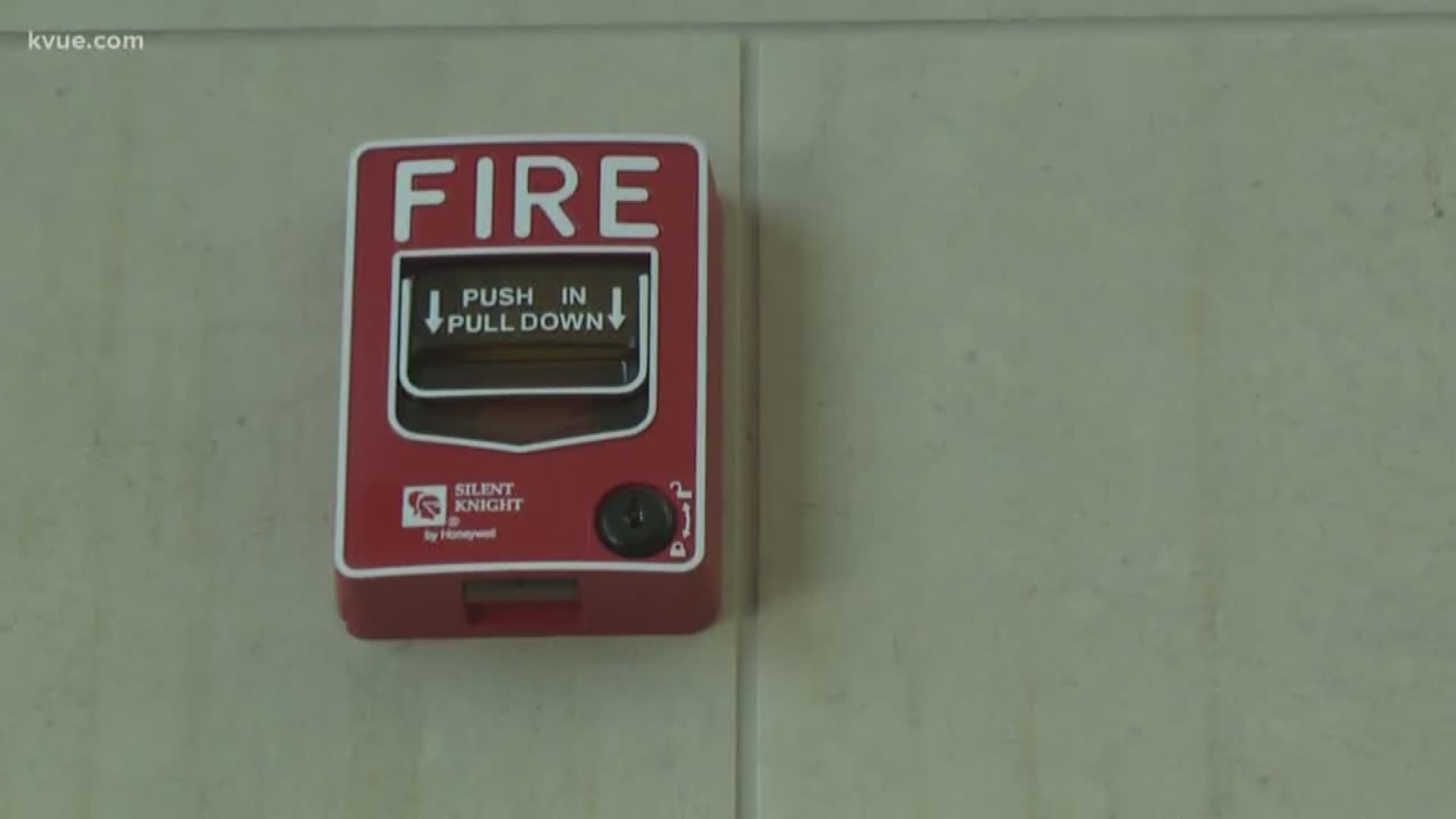 PFLUGERVILLE, Texas -- Fire alarm pulls are designed to keep people safe, but the Board of Trustees in Pflugerville ISD worry that’s not reality in schools.

The board of trustees voted 7 to 0 to remove the fire alarm pulls from all their campuses, and stop installing them into new buildings.

"We have had some false alarms with our pull stations, and so this will help to avoid that,” said Denise Kablaitis, the executive director of Health, Safety, Crisis and Emergency Managements for Pflugerville ISD. “We decided to remove all of the fire alarm pull stations from all the campuses for safety purposes.”

That could include a student wanting to avoid a test or an active shooter.

"With some of the recent shootings that we've had in districts around the nation, there have been students and perpetrators who have pulled the pull stations,” said Kablaitis.

According to authorities, that was the case in Parkland, Florida, when a shooter pulled the fire alarm and shot students and teachers as they left the building. He killed 17 people.

In the shooting in Santa Fe, it's unclear if a teacher pulled the alarm as a warning to others, a message that can be confusing to students who don’t know what to do.

"It is a redundancy at this point,” said Kablaitis.

Kablaitis said the schools already have smoke and heat detectors in the hallways in most schools, and will install them in the eight campuses that don't.

She said they will still have one main pull station in the main administration office.

“This is the first step, a small step into protecting our children even more, and hopefully all those small steps will add up and, you know, protect our children as much as we possibly can while they are at school every day,” said Kablaitis.

District officials said they plan to take out the fire alarm pulls over the summer.