The 33-year-old man was shot after he pulled out a gun, according to CSPD. 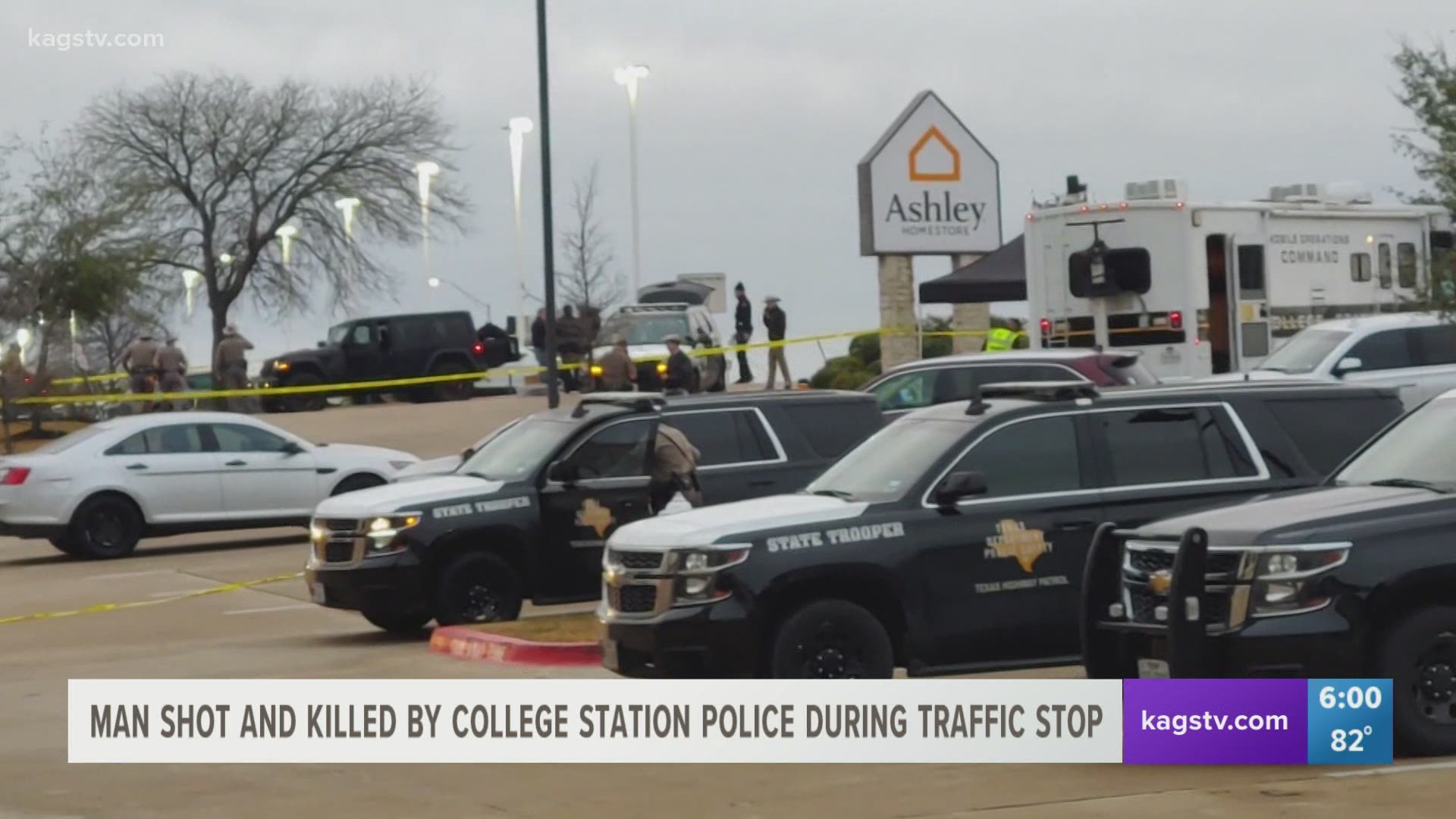 The College Station Police Department has released the name of the person who was shot by an officer during a traffic stop Thursday morning.

Ryan Stallings, 33, of College Station died after law enforcement said he picked up a gun as officers approached his car. CSPD said Stallings had been under investigation for narcotics. He died at the scene. Investigators said they found a large amount of drugs and a gun in his car.

Investigators said the shooting happened on the 1300 block of Earl Rudder Freeway around 1 a.m. Thursday.

The next of kin has been notified. The deceased was identified as Ryan D Stallings, a 33-year-old resident of College Station.

CSPD Public Information Officer Tristen Lopez said the last time CSPD officers were involved in a shooting was on Fidelity Street on August 13, 2012. In that case, Brazos County Constable Brian Bachmann was shot and killed by 35-year-old Thomas Caffall. Bachmann had been going to Caffall's home to serve eviction papers. CSPD officers and Caffall shot at each other and Caffall was killed by officers. The gunfire lasted about half an hour. Three CSPD officers were hurt, a bystander was also hurt and another bystander was killed.

CSPD said a 33-year-old man was shot and killed by a College Station Police Officer during a traffic stop.

Authorities said officers, with the help of DPS troopers, were trying to pull a car over they suspected may have drugs inside. When the man pulled the car over and law enforcement officers approached the car, they said the man pulled out a gun.

A CSPD officer then shot the man. The man died at the scene. CSPD Public Information Officer Tristen Lopez said after searching the man's car, they found a large amount of drugs and a gun.

Lopez said CSPD would release the man's name later today. When asked the last time a shooting took place with College Station Police, Lopez said he did not have that information on hand but could look into it.

We'll bring you more as the story develops.

A College Station police officer shot a person at a local business early Thursday morning. Who the person is and why they were shot by the officer is not yet known.

According to police, the person was shot by the officer around 1 a.m. in the 1300 block of Earl Rudder Freeway. At the scene, parts of Ashley Furniture Homestores and College Station Ford were blocked off with yellow police tape. CSPD has not yet specified what business the person was shot at. The officer was not hurt in the shooting.

Authorities closed down the East Feeder Road on the northbound side of Earl Rudder Freeway. They reopened it just before 7:30 a.m. The northbound exit for University drive remains closed but CSPD said it would likely open by the end of the morning commute.

Investigators are on scene of an officer-involved shooting at a business in the 1300 block of Earl Rudder Freeway. Preliminary information is one suspect was shot at about 1 a.m. No officer was injured. pic.twitter.com/COKTTMMZWY

The condition of the person who was shot is not yet known. This is a developing story and we will keep you updated as more information becomes available.