Some supporters wonder whether the former congressman from El Paso can cut through a crowded field of candidates to grab the nomination. 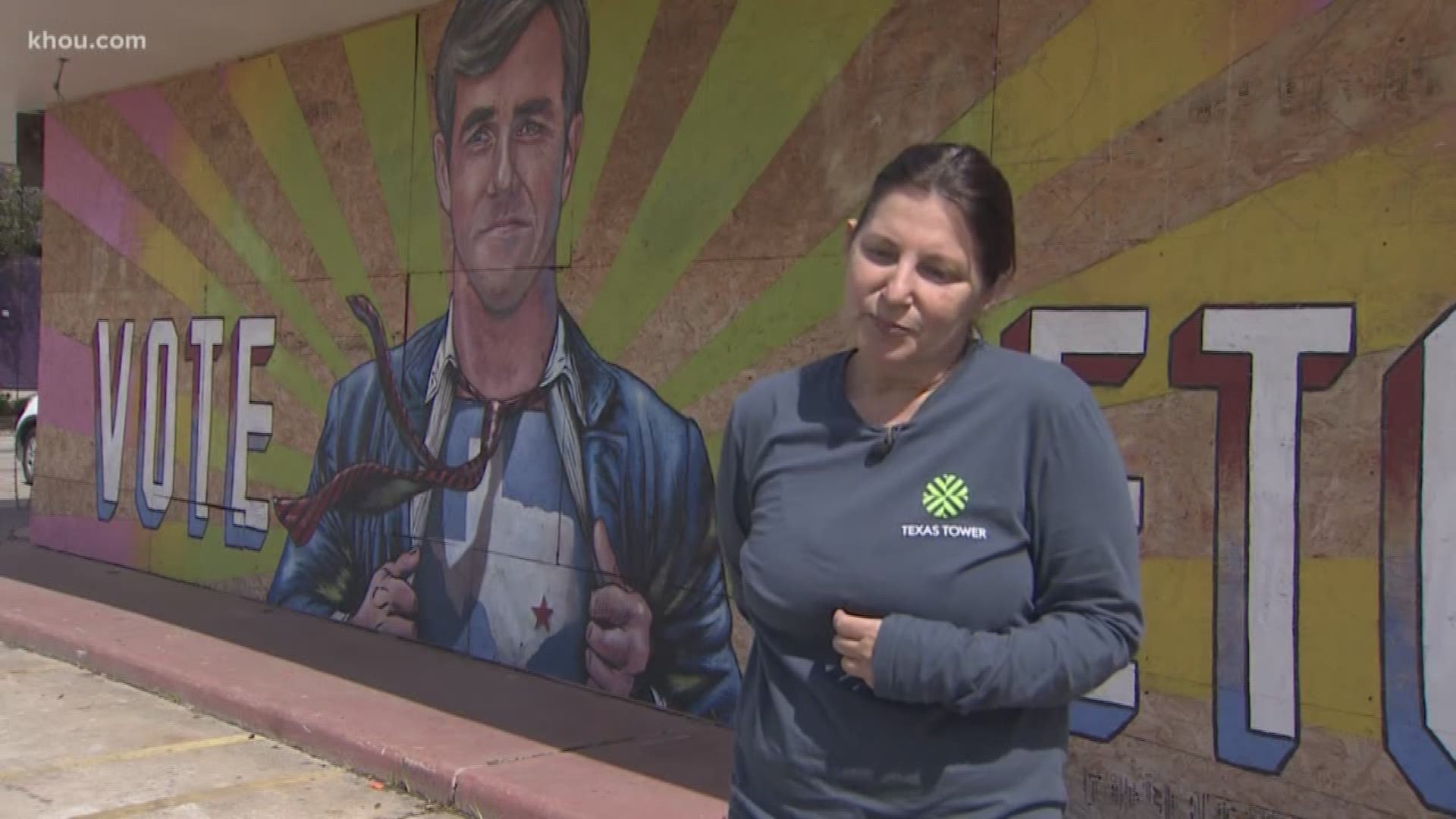 HOUSTON — Voters across the Houston area have plenty to say about Beto O’Rourke’s presidential campaign announcement. That includes voters visiting from outside of Texas, the very same ones he’ll have to win over.

KHOU spoke with people from Florida to Montana in the Houston area on Thursday, and most knew O’Rourke’s name. However, some supporters wonder whether the former congressman from El Paso can cut through a crowded field of candidates to grab the nomination.

In front of the East End mural she painted of Beto O’Rourke during his last campaign, artist Anat Ronen is ready to see a new addition added for the former Congressman’s new run: "2020."

“I’m personally very happy that he’s now running,” Ronen said. “It’s a good thing and bad thing to have so many options, because now it’s kind of spreading thin.”

“I think he will fare very well,” said Terri Domagas. “I think he’s got youth on his side. He knows the younger demographic.”

“I think he’s too young, inexperienced,” said Jim Waite, who was visiting from Utah. “I think his liberal ideas are not good for the country. No, I don’t think he could beat (President Donald) Trump.”

Houstonians had plenty of opinions about O’Rourke’s odds.

“I think he’s just starting to kind of gain some notoriety,” said Sarah Healy, referring to O’Rourke’s popularity in California, where she recently lived. “I think everyone’s on the Kamala (Harris) train for the most part.”

“I’ll pay attention more in about a year from now,” said Ryan Roberts. “It’s like caring about the Astros right now as well before the All-Star break.”

O’Rourke benefited from a surge in younger, diverse voters during his narrow Senate defeat last November.

“He had a lot of crossover Republicans, people have not paid a lot of attention to,” said Bob Stein, KHOU political analyst.

Stein said, like President Trump, O’Rourke is good at using social media to bypass the media and talk directly to his base.

However, Stein said because O’Rourke is untested on hot-button issues, it’s anyone’s guess whether his momentum will lead to victory in battleground states.

He said because 2020’s primary is proportional, not winner-take-all like 2016, smaller wins can add up.

“If Beto can stay alive in the top three to five coming into (the) Texas and California (primaries), that’s where I think you’ll start seeing what I think is a Beto candidacy,” Stein said.

Stein believes the record $80 million O’Rourke raised during his 2018 Senate campaign suggests he can raise big money again. Those dollars came from 36 states and not from the usual party donors.

Who is running for president in 2020 so far?