Susan Wright, who killed her husband in 2003, released from prison

She stabbed him nearly 200 times as he was tied to their bed, then buried him in the back yard. 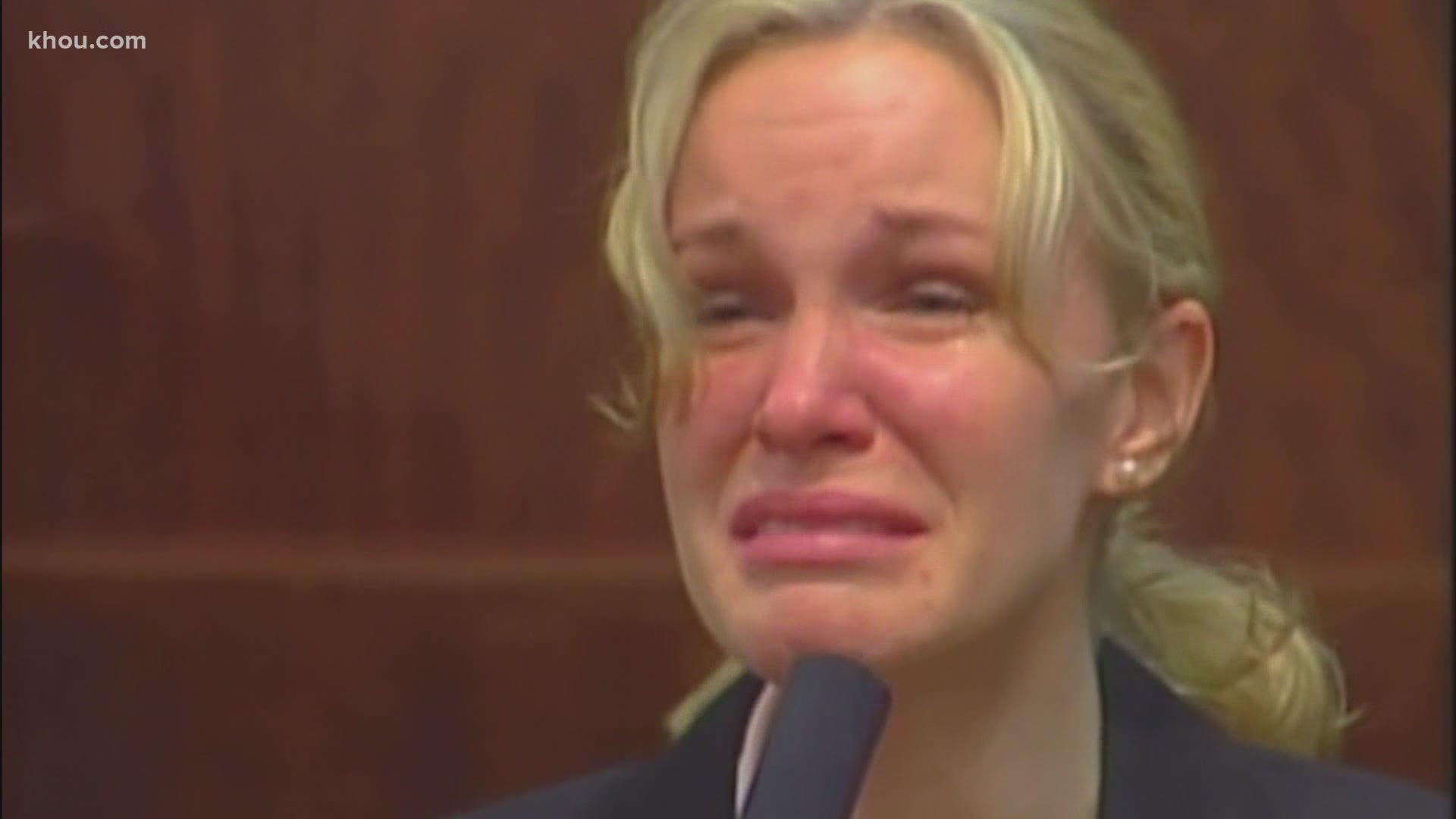 HOUSTON — A Houston woman at the center of a case that made national headlines is now out on parole. Susan Wright brutally killed her husband, Jeff Wright, in 2003.

Susan Wright was granted parole several months ago, but was just released at around 9:30 a.m. Wednesday from the Murray Unit in Gatesville, Texas.

She had said she was abused, which is why she killed her husband. She tied him to their bed and stabbed him nearly 200 times, then buried his body in a hole he had dug in the back yard.

Ultimately, a jury convicted her of murder and sentenced her to 25 years in prison, a sentence that would later be reduced to 20 years in a 2010 re-sentencing.

In the original trial in 2004, Assistant District Attorney Kelly Siegler had the couple’s actual bed into the courtroom to re-enact the crime for jurors. She had an assistant lie down on the bed, and she straddled him to show how Susan Wright continually stabbed him while he was tied up.

Prosecutors contended at her 2004 trial that Wright killed her
husband because she wanted benefits from his $200,000 life
insurance policy and didn't want a divorce.

The new sentencing hearing in 2010 came after a judge ruled she didn’t get adequate representation during the punishment phase of her original trial.

As part of her parole, she has to continue to check in until 2024. She will be under the Super-Intensive Supervision Program.