A man's body was also found over the weekend. Strong waves swept the pair into the water on Sunday afternoon. 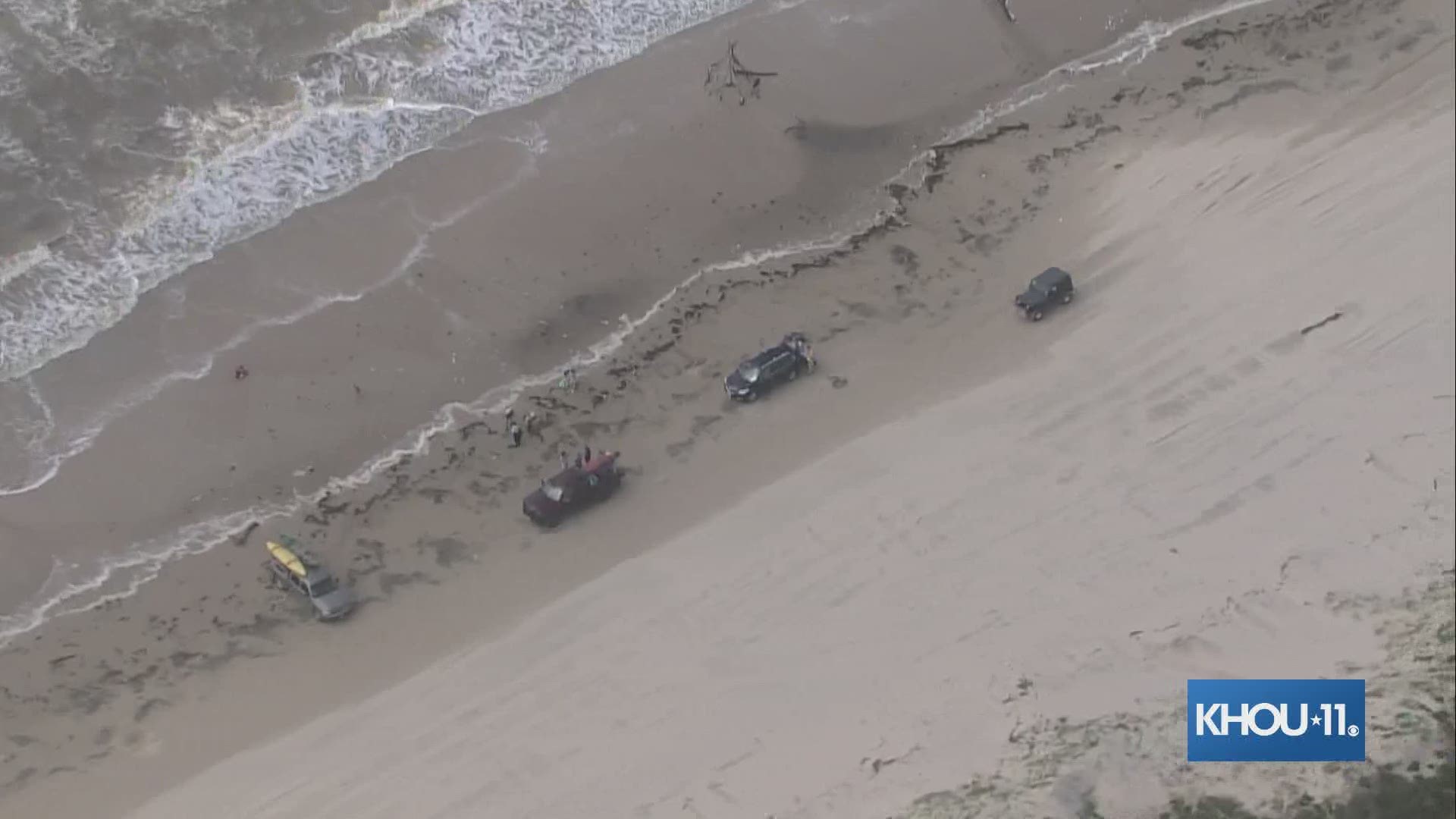 MATAGORDA COUNTY, Texas — The body of a 10-year-old boy identified as Nicholas has been found along a beach in Matagorda County, the sheriff's office confirmed Tuesday.

NOTE: The video in this story is a raw feed from Air 11 of the search area — there is no audio

Searchers were looking for the child after a weekend double drowning.

A 30-year-old man's body was found on Sunday evening.

Authorities said the swimmers were swept into the water by strong waves near Jetty Park. The man's body was found just a couple hours later, but the search for the child continued through the overnight hours and throughout Monday.

The Matagorda County Sheriff's Office said Nicholas was found just west of the beach vehicle entrance late Monday night. The Coast Guard and the family were notified of the recovery.

Searches were conducted by air and water.

#UPDATE @USCG crews continue to search with air and surface assets for a missing ten-year-old boy near Jetty Park in Matagorda, #Texas. Crews are scheduled to search through the night and into the morning.

Those involved in the search were: