'We've chosen to do this' | San Antonio will house migrants at Freeman Coliseum, judge says

Children are expected to arrive next week in buses and the Freeman Coliseum will accept as many as 2,400 migrants. 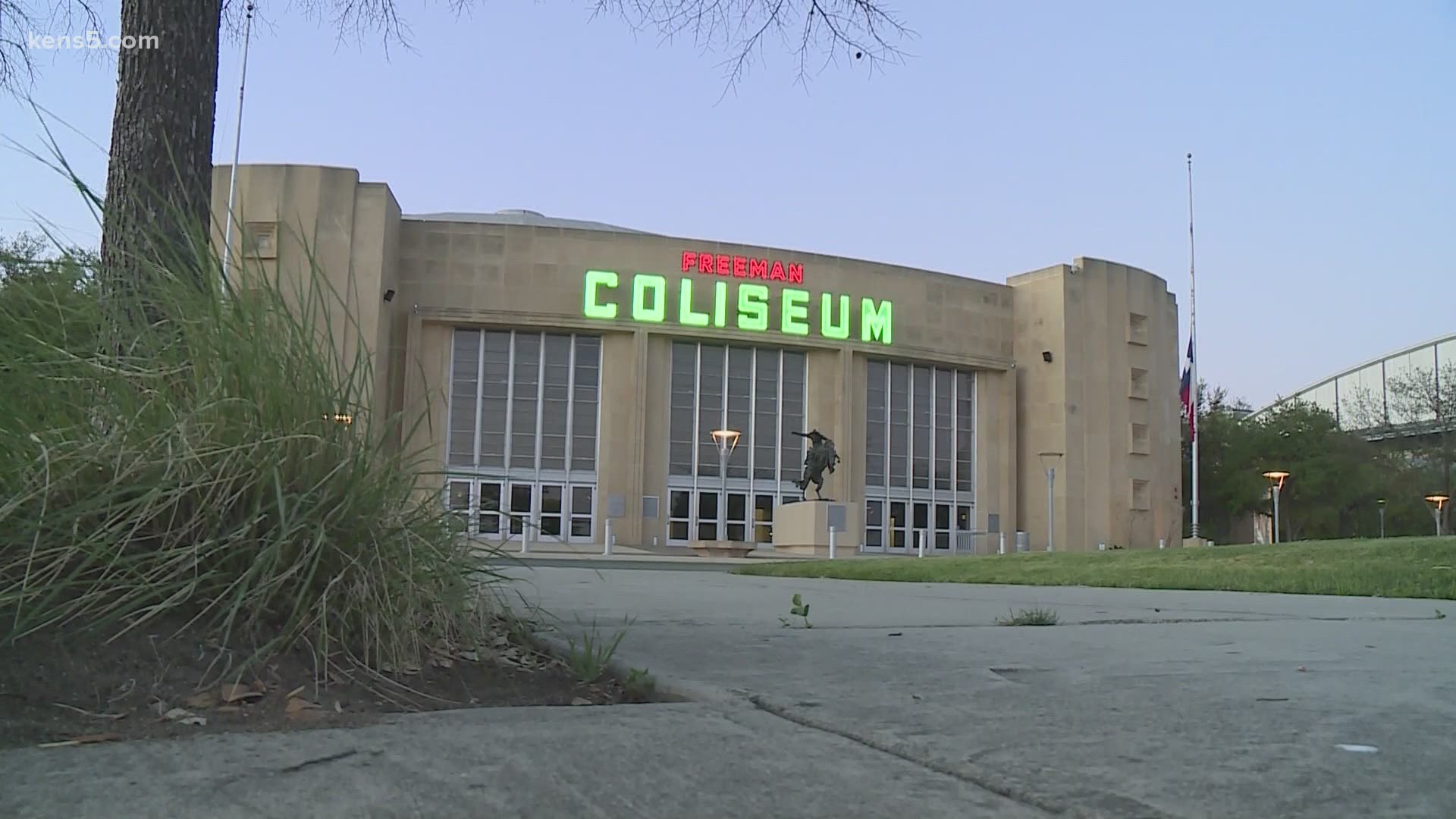 The county signed a lease agreement with the federal Department of Health and Human Services Friday. The feds will rent space at the Freeman through the end of May, though the lease could end earlier or the parties could extend the agreement if necessary.

Some children will arrive next week, Wolff said. He also noted that the Freeman can house up to 2,400 migrants, though the stadium may not be filled to capacity.

"We don't have to do this; we have chosen to do this," Wolff said. "You can blame (former President Donald) Trump, you can blame (President Joe) Biden. Blame whoever you want to blame, but these are children, and a good, solid, strong community reaches out to help people like that."

The federal government will rent the coliseum, its expo centers and parking lots. The Department of Health and Human Services (HHS) is in charge of operations.

Children will sleep in two segments of the complex. The third segment of the complex will have an "entertainment zone," where children can play games and watch television.

There will be portable showers and restrooms on-site, and each child will eat three full meals every day.

The feds aim to move children out of shelters to close relatives or sponsors within seven days of each child's arrival. Some children could have to wait longer.

"The facility we have is probably better than any other migration site in the United States," Wolff said. "It's climate-controlled with electricity, water, Wi-Fi and television."

Migrants without close relatives in the U.S. will be moved to local child care facilities like St. Peter's and St. Joseph's, Seton Home, and Baptist Family Services.

Wolff said the federal government will not deport children staying in shelters while they seek asylum.

A private security firm will protect the children inside the facility. Homeland security agents will handle security outside.

Border Patrol checks each child for COVID-19 before they enter the U.S. Wolff said less than 10% test positive.

Each child will be tested for COVID-19 again inside Freeman. The feds will hire doctors to care for those who test positive in a quarantined section of the complex.

All children and staff will wear masks.

Wolff has asked Valero and Catholic Charities to send volunteers to help set up the coliseum before the children arrive. Local organizations that would like to donate supplies will have to coordinate with HHS directly.

San Antonio Mayor Ron Nirenberg said earlier in the week the city would be prepared to provide assistance to the county, should that help be requested.

"What's happening on the border, as we've seen before, is just an incredible human tragedy," Nirenberg said. "My hope is that what happens going forward is treated with the utmost compassion and care."

Bexar County Commissioner Justin Rodriguez said coronavirus safety measures would be implemented at Freeman if a contract was approved.

"Again, if this goes forward, having a separate area for those who may be tested later and need to be quarantined at Freeman," Rodriguez said. "I think there is discussion of potentially housing up to 2,100 (migrants) is the number I heard at Freeman. Again, this is a humanitarian effort. We are dealing with children."

Wednesday, the Pentagon approved a request to temporarily house an undetermined number of migrant children at Joint Base San Antonio Lackland. It's unknown when some of the children will start arriving at the San Antonio Air Force base, but a release states preparations will begin immediately. Vacant dormitory space is expected to be used to shelter the children, and Fort Bliss was also included in the request.

Access will be granted "immediately" so @HHSGov can start preparing to care for kids.
Statement via https://t.co/AkyPqElxlS @kens5 pic.twitter.com/SyBNfPBlk7

The Alamo City has provided resources to migrants before. As recently as the summer of 2019, the city opened a temporary shelter run by employees and volunteers at a vacant building to provide shelter and guidance.