A shortage of drivers and trucks has caused backups nationwide and some big-box retailers are now using the Houston port as an alternative. 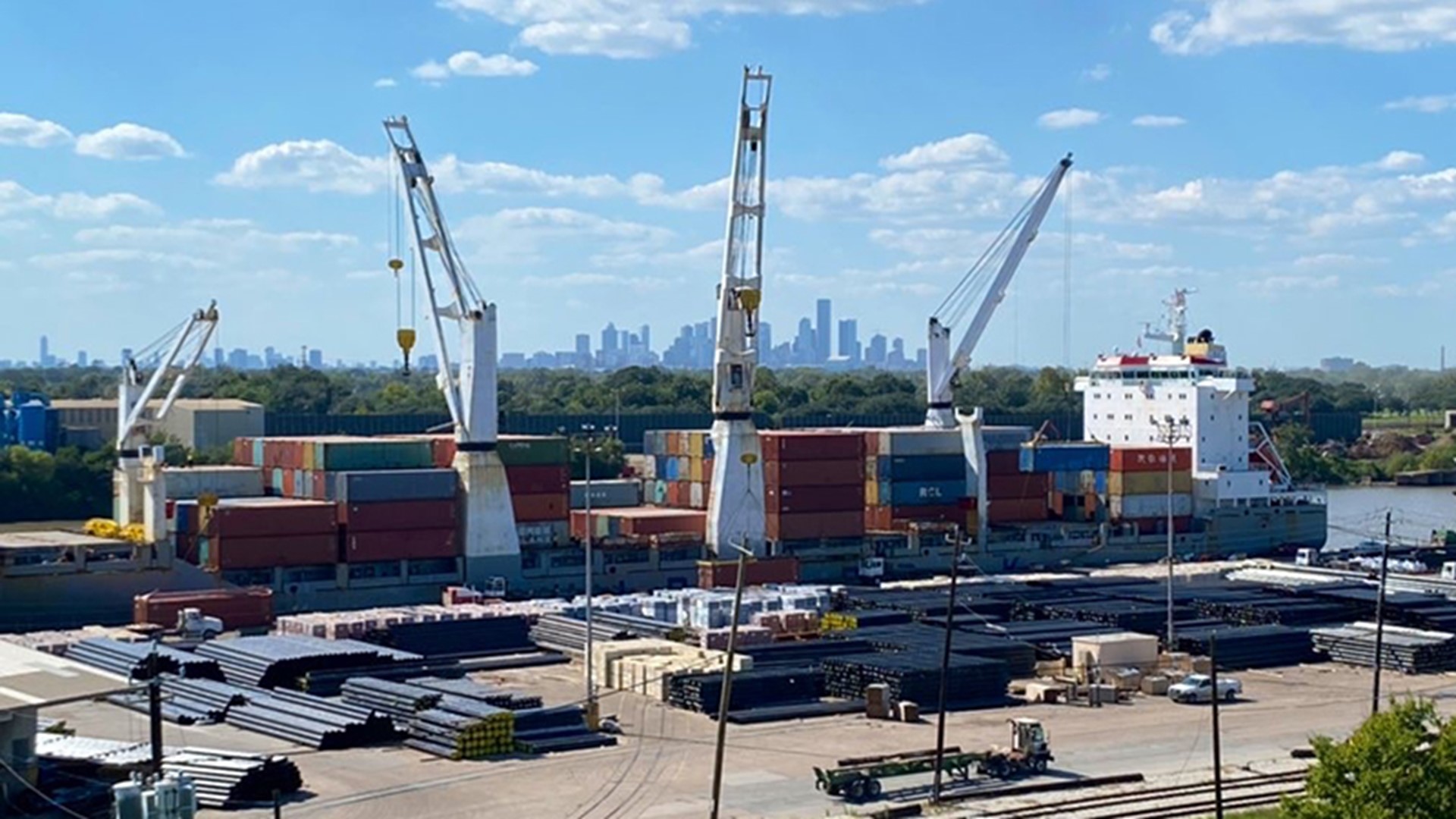 HOUSTON — There's a container surge at Port Houston, which is in its seventh consecutive month of double-digit growth.

“For 34 years that I’ve been here, I’ve never seen anything like this before,” said Port Houston Executive Director Roger Guenther.

Guenther took us up 150 feet to the top of a ship-to-shore crane to show us the sea of containers at the Bayport Container Terminal. He couldn’t say exactly how many containers were here but they were as far as the eye could see.

“This stuff is imported goods from big-box retailers for things that you order from Walmart or Home Depot or Costco,” he said. “Furniture to TV to anything in your household."

Guenther says Port Houston handles 3.5 million containers a year and you’ll see anywhere from 6,000 to 7,000 trucks coming and going with loads daily. The surge is bumping up all those numbers.

As you can imagine, it’s not always smooth sailing.

“You see three or four ships at a time show up which really puts a stress on our terminals because we can’t handle that much cargo,” he said. “The cargo sitting on our terminal doesn’t have really a place to go.”

The length of time that a container sits at the port had doubled in the past few months. Instead of three to four days, they sit up to 10 days.

The reasons are a combination of not enough truck drivers and space at distribution centers.

Margaret Kidd is the Supply Chain and Logistics faculty member at the University of Houston.

“I think COVID has allowed people to consider why they’re doing certain jobs or to rethink their priorities,” explained Kidd. “Maybe I want to do something different.”

Kidd believes supply chain disruptions are a wake-up call for retailers about how and where they do business.

Port Houston officials tell KHOU 11 that some companies have already done that. Stores like Walmart, Lowe’s, Ross, IKEA and RoomsToGo have all rerouted container cargo to Houston since the beginning of the pandemic.

Houston made containerization history 65 years ago. In 1956, the world’s first container ship sailed from New York/New Jersey and unloaded at the Port of Houston. It sailed with 58 truck trailers. These days, ships carrying up to 10,000 containers sail into Houston.

One day, that number will grow again.

A project is in the works to deepen and widen the ship channel allowing for even bigger container ships to enter Port Houston.