The 15-year-old well-accomplished bassoonist was also surprised with his favorite instrument and an opportunity to perform with professional musicians. 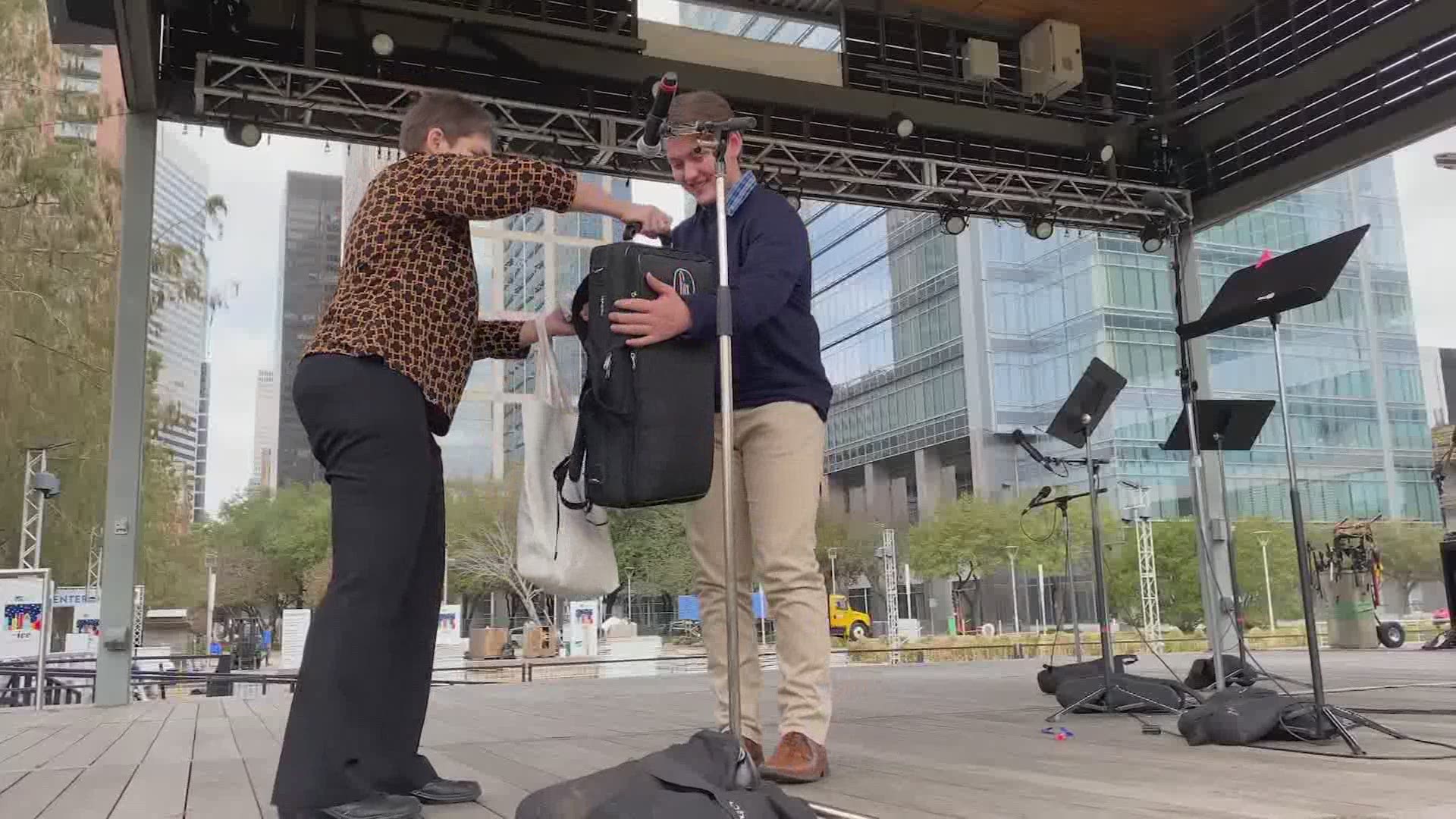 “Some days, I would just lay in bed all day and cry. I’d be so weak I couldn’t even walk up the stairs,” said Baer of his cancer battle that began as he entered high school in the fall of 2019. “At times, it just seems like it never ends.”

The track athlete would have to go into the hospital for treatment every Friday for several months.

“I just, I started to dread Friday. Because it would just mean pain,” said Baer. “And the bassoon it just brought a smile to my face.”

Baer chose the bassoon when he was in the 6th grade and interested in band. His music teacher suggested the woodwind instrument because Baer is smart and has the hands for the large instrument.

“Whenever I’m frustrated or down, I get on my bassoon," he said. "It calms me down. It focuses me. Helps me process what’s going on.”

When asked to make a wish through the Make-A-Wish foundation, Brigham Baer wished big!

And Thursday morning, his fellow Texans came through! Bassoonists from Monarch Chamber Players, WindSync and the Breaking Winds Quartet, the Houston Symphony, Houston Grand Opera and Houston Ballet teamed together for a special private performance for Baer and his family in Discovery Green.

The sweet surprise was put together not only by Make-A-Wish but with the help of several Houston area volunteers, nonprofit arts and community organizations.

In addition to the performance and a custom Fox Products Fox 601 bassoon, Brigham will be given the opportunity to perform with top musicians at a virtual/in-person hybrid concert at Discovery Green for his friends and family in late May.

The cherry on top: Fox Bassoons gifted him a custom instrument of his own. pic.twitter.com/p74fGG7KeE

DaCamera, a production group designed to attract new listeners to the concert hall, will be putting on the performance and Brigham will perform alongside DACAMERA Young Artists where they will play a new work composed in his honor.

“I started smiling and then I didn’t stop,” said Baer of the concert in the park.

I overheard the 15-year old say: “my face hurts from smiling so much.” Full story about all these #TexansHelpingTexans on #khou11 at 6. #GoodNewsIsNews pic.twitter.com/pIqYge3XhQ

“And it’s a community effort. That’s what Make-A-Wish is all about,” said President and CEO of Make-A-Wish Texas Yara Elsayed-Guest.

“It means so much to have this experience,” said Baer after Thursday’s performance. “It’s just been a long ride and it feels good to, thank you. I can’t put it into words.”

Brigham Baer says his health is improving. He’s down to one spinal tap surgery a month and a daily dose of chemotherapy medication, “but other than that, I feel really good!”

A dream come true for a musician who just got the break he so desperately deserves.